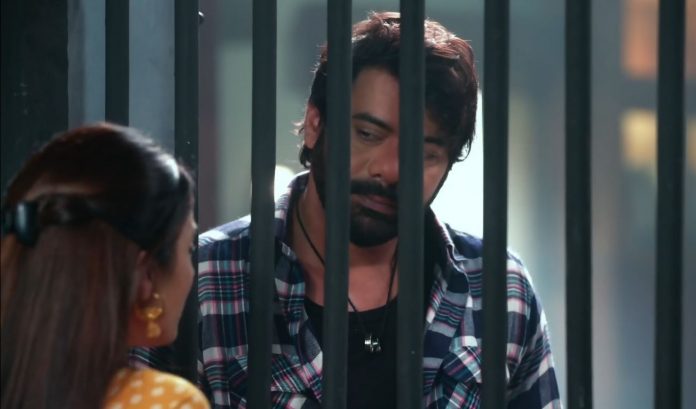 Kumkum Bhagya 1st July 2021 Written Update Shocking news Aaliya doesn’t want Abhi to know the truth of Pragya’s return. She tells that Abhi could live with Tanu just because of the news of Pragya’s death, if he learns that Pragya is alive, then he may go back to her in no time. She tells Baljeet that they shouldn’t tell Abhi about Pragya’s return. Baljeet knows that Pragya is a good omen for Abhi, unlike Tanu, whose steps ruined his life. She adds that she will tell the good news to Abhi, which will bring his lost happiness back.

She believes that Abhi’s life will come back on track once Pragya meets him and motivates him to shape up his life like before. She is hopeful that Pragya will come back to Abhi, like she does always. She tells Aaliya that Pragya left now but its timely, if she can come once, then she can come back again. She reminds the strength of Abhi and Pragya’s love. Aaliya can’t tell Baljeet what crime she had done to remove Pragya from Abhi’s life.

She hides the fact that she had tried to kill Pragya. She doesn’t think its a good thing that Pragya has come back. She imagines Pragya laughing at her. She asks Mitali not to think of going back to Pragya for the money, they are good the way they are. She tells that Pragya knows the truth that she got Abhi married to Tanu. Mitali wants to change her side. She guarantees that Abhi will melt Pragya’s heart. Aaliya doesn’t want this to happen.

Abhi returns home, but Aaliya stops Baljeet from telling him about Pragya. She tells that Abhi can suffer by the shock. Baljeet finds her mad to misunderstand his state. Aaliya tells that they will convince Abhi to free Tanu from the jail, he may get to know about Pragya’s return himself in a way that he doesn’t receive the shock. She manipulates Abhi to make him free Tanu. She takes Abhi to the police station to get Tanu freed.

Abhi learns about Tanu’s arrest on the charges of the purse of a rich lady. He goes to meet Tanu and learns from her that her enemy has come back to take revenge. She tells that she/Pragya has come back, when they assumed her dead, she got her arrested to exact her revenge. He asks her who has come back, who is taking revenge on her. Tanu gets close to reveal Pragya’s name. Aaliya overhears their conversation to hinder Abhi.

Abhi tells the family that he already got to know about Tanu’s arrest. He asks them who was going to tell him. He expresses his happiness that he got rid of Tanu. Aaliya is relieved that he doesn’t know about Pragya. He wants Tanu to get a lesson, so that she leaves her bad habit of stealing. Baljeet tells him that Tanu is his wife, he should get Tanu back, he can take Sumit’s help in arranging a lawyer. Abhi tells that he can’t refuse to Baljeet.

Aaliya doesn’t want Abhi to go alone and find about Pragya. She wants to stop him from knowing anything. Tanu remembers Pragya. She feels she got married to Abhi for the sake of money, but they turned poor, while Pragya has achieved all the power and richness along with a good fate in the span of two years. She wonders how did it happen. Abhi meets her. He feels she deserves to stay in the lockup.

Tanu tells him that she had snatched everything from her/Pragya, who had taken revenge on her. Aaliya asks Tanu to not reveal Pragya’s name. Abhi questions Tanu what does she mean. Tanu tells that the rich lady wants to snatch her freedom and family. He tells that she had stolen the purse, she did wrong and she is paying a price. Tanu argues with her. Abhi goes to arrange her bail. Tanu asks Aaliya why did Pragya come back. Aaliya tells that they made Pradeep make a call by Abhi’s name, Pragya would hate Abhi now, Pragya would not feel for Abhi since that day, she is just back, but not for Abhi.

Tanu tells that Pragya turned rich and Abhi turned poor, because Vikram broke the partnership. Aaliya tells her that she hates Pallavi. Ranbir stays with Vikram. Pallavi watches them together. Vikram wants Ranbir to stay with him. Prachi calls up Ranbir to enquire about Vikram’s health. Ranbir tells that Vikram will recover soon. Vikram wishes to talk to Prachi. Vikram apologizes to Prachi. He speaks out his emotions. He realizes he has been wrong and harsh towards Prachi. Vikram asks Prachi to return Ranbir to him so that he recovers soon.

Prachi tells that he has the first right on Ranbir. He asks Prachi to come home and stay with them. Pallavi isn’t happy hearing their conversation. Ranbir thanks Vikram. He tells Prachi that he will explain her everything when he comes home. He asks Vikram to take rest until he comes back. Moreover, Abhi irritates the Inspector by constantly asking him to leave Tanu. He promises to stop Tanu from stealing things. He tells that it was his wish that she gets arrested, but his Dadi wants Tanu home to save the family reputation.

Inspector tells that he can’t release Tanu by cheating the lady who filed the case. Pallavi behaves rudely with Ranbir, when he tries to normalize their terms. He thinks its better to stay quiet. She tells that Vikram doesn’t like Prachi, he is inviting Prachi home, just because he is not well. She tells him that she loves her son, but not his wife. She doesn’t like him defending his wife. He tells that Prachi respects his family. She declares that Prachi won’t get an entry in the house. She asks him to come home alone if its possible for him. Abhi takes help from a constable. He tells that he can bribe the inspector.

Constable advises him not to take risk. Aaliya tells Tanu that Abhi is trying to convince the inspector. Constable is Sumit’s brother Amit. He gives a solution to Abhi. He suggests that Abhi does an apology drama to gain sympathy from the rich lady. Baljeet calls Abhi to take his promise that he will bring Tanu home. He feels Tanu can never change. She tells that they will be accused if Tanu gets the thief’s tag. He promises to bring Tanu home. He agrees to apologize to the rich lady. He gets Pragya’s address. Aaliya tells Tanu that Abhi and Pragya shouldn’t meet, else their reaction won’t be predictable.

Reviewed Rating for Kumkum Bhagya 1st July 2021 Written Update Shocking news: 3/5 This rating is solely based on the opinion of the writer. You may post your own take on the show in the comment section below.