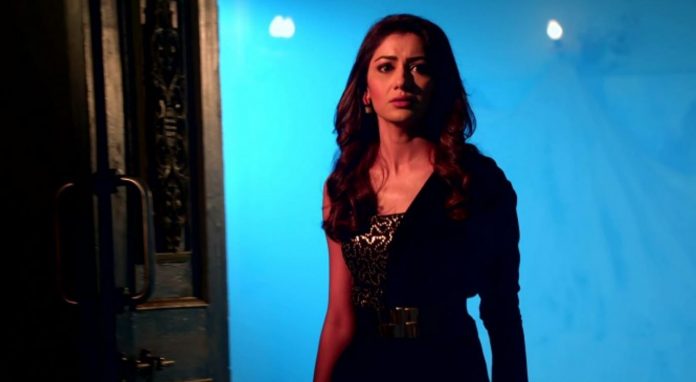 Kumkum Bhagya 9th July 2021 Written Update Miracle Abhi and Pragya reach the same house, the old Mehra mansion where their fate first got connected. They have many memories connected with the house, that’s their dream house, close to their heart. Both of them wish of some way to get the house. Pragya wants Sushma to return the house to her, so that she can gift it to Mehras. She wants to stay strong in front of Sushma to fulfill her condition. She doesn’t think anything can be worth having than the mansion. She misses Abhi’s Dadi Daljeet who had lived and died in that house.

She shared an emotional bond with Daljeet and also her sister Baljeet. Abhi tells his friends that he regrets to lose his mansion. He adds that he is going to visit his dream house at night, before he gets caught by any guards. He wants to see the house for the last time before it gets auctioned. He knows it will be painful to see his own house getting sold once again. He visits the house and turns emotional. He wishes that some miracle happens that the auction stops.

Pragya also visits the mansion at the same time. Pragya too gets driven by the memories of Abhi, Daljeet, Baljeet, Rhea and others. She starts falling weak. She remembers her promise to Sushma. She tries to hold herself up. Pragya wants to save the house from going in wrong hands.

She wants to give Abhi’s belonging to Abhi itself, no matter how much she hates him and his family. Pragya’s heart begins to melt for Mehras, the moment she steps into the house. She struggles to remember how Abhi had attempted to kill her by getting the car brakes failed. It gets tough for Pragya to remember Abhi’s evil which she hadn’t seen in her entire life. Will Pragya follow her heart which affirms Abhi’s innocence or her mind that makes her fall into Tanu’s delusion? Keep reading.

Tanu looks for Abhi. She doesn’t find him with his friends. Tanu wants to know about Abhi. Aaliya tells Tanu that Abhi had gone to play carrom. Tanu is worried that he can go to Pragya. She doesn’t want Abhi and Pragya to unite. Aaliya asks her to better find out from Abhi’s friends. Tanu goes to ask Sumit. Sumit tells her that Abhi has gone to see his dream house. Tanu gets confused.

Tanu tells Aaliya that Abhi has gone to Mehra mansion. Aaliya tells her that the property belongs to Pragya now. Mitali tells that Pragya doesn’t stay there, the mansion is under renovation. Tanu checks the newspaper. She wants to know what news did Abhi read that he went to see his house. Tanu gets into an argument with Mitali. Aaliya finds the auction news. She also regrets reading the news. Tanu tells that Pragya is putting the mansion on auction. Pragya reaches the mansion, where she experiences a storm of emotional memories flashing in front of her eyes.

Tanu, Mitali and Aaliya get mad once again. They plan to stop Abhi and Pragya from uniting. Tanu tells Mitali that Abhi will learn about her partnership with Aaliya, he will also know about the car accident. Mitali questions her to know about it. Aaliya stops Tanu from revealing anything. Meanwhile, Pallavi meets Prachi once again. She asks Prachi to stop following her. Prachi tells her that she isn’t following her. Pallavi insults her again. She isn’t interested in Prachi’s talks. She wants to get rid of Prachi.

Prachi wants to know why Pallavi hates her so much. Pallavi tells her that she can forgive Ranbir for his mistakes, but she can’t forgive him for his rebellious marriage. She feels Prachi ruined Rhea’s life and their lives as well by manipulating Ranbir. She doesn’t want to see Prachi’s face ever again. Prachi gets the dose of insult from her. Abhi visits the mansion. He also gets emotional. He misses Pragya deeply. To his shock, he finds Pragya there. Pragya doesn’t act surprised. He tries to talk to her. She asks him not to come close, and just leave. She rebukes him for his mistakes. Pragya feels suffocated. She faints down. Abhi tries handling Pragya seeing her collapsing down.

Reviewed Rating for Kumkum Bhagya 9th July 2021 Written Update Miracle: 3/5 This rating is solely based on the opinion of the writer. You may post your own take on the show in the comment section below.