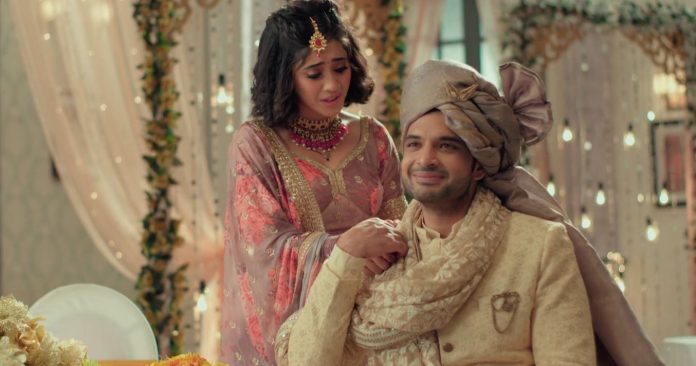 Yeh Rishta Ranvir to die Upcoming twists 12th July 2021 Ranvir is diagnosed with a critical illness. He gets worried after knowing that he is not going to live with Sirat forever. He deeply regrets the fact that Sirat and he stayed separated for two years, and when they got a chance to unite, they are getting separated forever owing to his terminal illness. Ranvir didn’t know earlier about the bullet lodged in his chest that could take a deadly turn. Ranvir asks Sirat if she would move on and get married to someone else if her husband dies, if something happens to him and makes him depart from her life.

Ranvir indirectly wants her to know that he is not going to live with her forever. He wants her to get remarried and stay happy. He also thinks of Kartik, who would be the best person to look after Sirat, treating her with love, respect and care. Ranvir decides to get Sirat and Kartik married even if dies untimely. Sirat gets too upset with Ranvir on hearing him talk about his death. Sirat wants to be sincere in her marriage. She gets panicking knowing something is wrong with Ranvir’s health. She doesn’t want to take any chance about him. She feels guilty that he is still suffering because of her.

Ranvir’s dad wants to secure his happiness by exposing Sirat’s truth to him and breaking their marriage. He doesn’t know about Ranvir’s critical condition. He thinks once Sirat leaves from Ranvir’s life, Ranvir will be happy.

He treats Sirat as a bad omen for Ranvir’s life. Ranvir keeps his illness to himself unless he gets sure of his lifespan. Sirat learns that her fate is just connected with Kartik, she is with Ranvir for a temporary phase and then Kartik is her destination. She gets stressed by the prediction of a Banjaran lady. She doesn’t imagine that Ranvir would be leaving her life forever. Will Ranvir really die? Will he unite Kartik and Sirat? Is Kartik’s fate really connected to Sirat, after Naira’s demise? Will it be end of Kartik and Naira’s exclusive soulmate bond with Sirat’s entry in his life again? Keep reading.

Reviewed Rating for Yeh Rishta Ranvir to die Upcoming twists 12th July 2021: 3/5 Amazing concept This rating is solely based on the opinion of the writer. You may post your own take on the show in the comment section below.