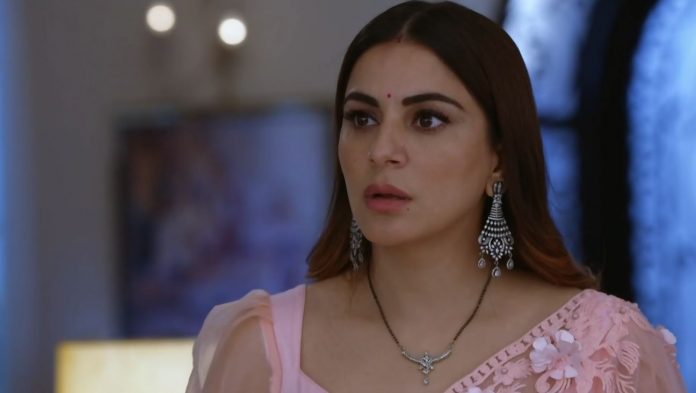 Kundali Bhagya 13th July 2021 Written Update Unexpected Prithvi and Mahira get into a mad fight in front of the Luthra family. They attempt to expose each other’s crimes in front of the Luthra family. Prithvi tells the family that Mahira is responsible for Sherlyn’s accident, while Mahira tells them that Prithvi doesn’t deserve to stay in the family. The scene gets so dramatic that it may turn out to be Prithvi or someone’s imagination. That will be too bad. Prithvi meets Mahira to threaten her again.

He tells her that this time she has got saved because of Kareena’s trust on her, but she won’t be lucky always. He adds that she has a good fate, she should be thankful that she is still alive, else he would have killed her by now to take revenge. Mahira feels much humiliated because of Prithvi. She tells him that he can tell anything, he can spit the poison, but she will not spare him either. They both end their friendly terms and get on their new enmity. She openly declares that she will also take revenge on Prithvi and Sherlyn.

She adds that she will expose their affair, their ugly truth, and their crimes. She wants to become the reason of his destruction. She tells him that she will make sure that both Prithvi and Sherlyn get ousted from the family. Prithvi is overconfident that she can never harm his position, because earlier Kritika was on his side, and now the entire Luthra family is on his side, seeing his genuine concern for Sherlyn. He challenges Mahira to get on her task and fulfill her revenge.

On the contrary, Preeta is upset that Prithvi has changed the entire game and became a hero in front of the Luthra family. Shrishti tells her that Prithvi is really cunning, he was an enemy of the Luthras till now, he played a great game and became a friendly figure now. She doesn’t think they can expose Prithvi. She wishes that Prithvi and Mahira’s fight gets into their favor. She tells that it will be really good if their enemies get sorted on their own. Preeta knows that Mahira is also cunning like Prithvi, Mahira won’t leave from Karan’s life so soon. She doesn’t want Mahira to pose any problem in Karan and her marital life, when she has decided to plan a baby. Keep reading and leave your comments below.

Prithvi asks the family to question Mahira why did she try to harm Sherlyn. Sarla tells that Sherlyn and Mahira are good friends, who can never hurt each other. Prithvi tells that Mahira is a big fraud, she cheated Sherlyn. Rishabh tells that if Prithvi is lying, then he will not spare him. Mahira tells that she will tell the truth. She reveals the big secret of Sherlyn and Prithvi’s closeness. She threatens Prithvi. Prithvi asks her to go ahead and tell them the truth that Sherlyn and he have an affair.

He tells her that she can’t lie to them further. He tells Mahira that nobody will believe her, he can prove himself true and prove her as a liar. He tells them that Sherlyn is his friend, he cares for her, he saved her life when she got a panic attack, he ended her pain, she befriended him after that day, there isn’t anything wrong between them. He asks Mahira to know that she will be proved wrong if she accuses him. She wants her to produce the proofs against him, Sherlyn is just his Bhabhi.

He tells that he has a proof that she had tried to kill Sherlyn. Mahira asks him to show the footage. Prithvi tells that he has a CCTV footage of the accident spot, where Mahira is present, she is seen pushing Sherlyn under the truck and get her killed. He presents the cctv footage in front of them. He asks the family to see the footage and know the truth themselves. Mahira is very tensed. The entire family see the footage where Mahira is really seen pushing Sherlyn in front of the truck.

They can’t believe that Mahira has done this crime. Rishabh verifies if the cctv footage is right. Mahira gets badly caught in front of the Luthras. She tells them that its a lie, it didn’t happen like that. Rishabh asks Mahira to tell them the truth. He accuses her for pushing Sherlyn in front of the truck. Mahira tells that she didn’t push Sherlyn intentionally. Mahesh rebukes her. Mahira tells that its not the truth. Preeta asks why didn’t she see Mahira there. Prithvi tells that Mahira didn’t help Sherlyn, when Preeta and Karan rushed Sherlyn to the hospital.

tells that Mahira was scared and didn’t come out to help Sherlyn. Mahira tells that she has no reason to kill Sherlyn’s baby. She adds that Prithvi knows that she will expose his truth, he is framing her to hide Sherlyn and his affair. The family doesn’t believe her. Rakhi slaps Mahira. She reprimands Mahira for speaking against her bahu who lost her child. Mahira asks Rakhi to trust her about Sherlyn and Prithvi.

She adds that Mahira was feeling that her rights are snatched because of Preeta. She regrets that Rishabh and the entire family were loving the coming baby, Mahira has snatched their happiness. She tells that Mahira has ruined her life. Rishabh asks Mahira to pack her bags and leave from the house right away without giving any explanation. He didn’t expect her to kill his child. He tells that he never imagined that she would do this. Mahira pleads to Karan. She asks him if she can kill an unborn baby.

Karan tells that he trusts her more than Prithvi and Sherlyn, he knows her since childhood, but he can’t ignore whatever he had seen now. Mahira asks for a chance to explain. Sarla tells Karan that he shouldn’t give her any chance, Mahira loves him, her one-sided love is making her do this to get him back. She asks Karan to send away Mahira. Sanjana also criticizes Mahira knowing that she had tried to kill Sherlyn. She asks them to throw out Mahira at once. She tells that Sherlyn won’t stay with Mahira under the same roof. Bani tells them that they will oust Mahira and keep Sherlyn with them.

She tells that she doesn’t want to see the family crying. She asks them to get Kritika and Prithvi, so that they get their lost happiness again. Bani agrees with Sherlyn. She invites Sarla and Sanjana for the wedding. Mahira leaves the house.

Reviewed Rating for Kundali Bhagya 13th July 2021 Written Update Unexpected: 5/5 This rating is solely based on the opinion of the writer. You may post your own take on the show in the comment section below.