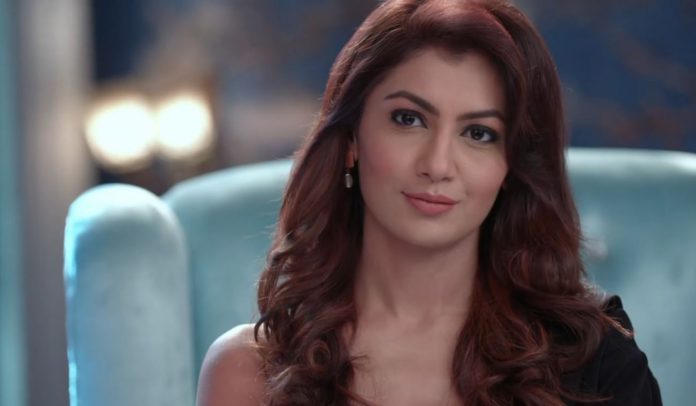 Kumkum Bhagya 13th July 2021 Written Update Befitting reply The guests in the auction and businessmen praise Abhi for winning the auction. Gautam calls up Pragya to know why did she put the property in auction. He questions her decision. He tells that the property was really important to her. She doesn’t want to answer him anywhere, since he isn’t her life partner. He doesn’t get angry on her rudeness. He likes her attitude. He wonders why does he like her, when she treats him like a nobody. He realizes that he has fallen in love with her. Pragya goes to congratulate Mr. Saluja, unaware that he is Abhi.

Sushma tells that she never met Mr. Saluja before. Abhi fools everyone and invites the people in his party. Abhi gets to his funny avatar after challenging Pragya that he will get back house by his own money, but he does otherwise using Mr. Saluja’s name. Pragya meets him and congratulates. She soon sees his face and understands its Abhi by his touch. She asks him how did he cheat her again, he took Mr. Saluja’s place in the auction. Abhi tells her that he is very daring, he can do anything if anyone challenges him.

He adds that he can do anything to win, he is equally angry like her. He doesn’t like her shooting bitter words. Sushma rebukes him. He tells her that she will change her perception when she learns that he loves Pragya and cares for her. He asks her to give him time to earn. He is proud that he tricked them and ruined the auction. He wants them to remember his name and work. He engages them with his charming introduction.

He tells that challenge hurts his ego and threatening hurts his capabilities, he doesn’t spare anyone. He adds that he can lose because of love, but not by any competition. He tells Pragya that he doesn’t want to do any work, because he has turned lazy, still he can ruin her plans, he has everything except money. Sushma gets enough of his nonsense. She calls the guards. Abhi gives his autograph to the guards. He advises Pragya to turn loving once again by taking his name. He leaves Mr. Saluja’s jacket there.

Ranbir gets angry on Siddharth who keeps Prachi engaged in work. Prachi knows that its Siddharth’s call. She tells him that she already passed the project file to the manager. She asks Ranbir not to fight with Siddharth. She gets free from her work. She wants to cook the food for Ranbir. Ranbir tells her that its his work to cook the food. Prachi and Ranbir decide to cook together and spend time. Siddharth understands that Ranbir gets irritated when he calls Prachi for work. He gets bored when he is off from work.

Pragya tells Sushma that Abhi has spoiled everything once again. Sushma knows that Abhi has cheated them, he can never harm him. Saluja meets them. He tells them that he had been locked in the washroom. Sushma keeps the auction event once again. She asks the manager to invite the guests. She asks him to inform the bidders about the technical glitch. Pragya asks the guards to make sure that Abhi doesn’t enter the mansion. Aaliya and Tanu reach there to know about the auction. They don’t want Pragya to earn profits from the house auction.

They learn that the auction is about to begin. They rush inside the Mehra mansion with an aim to ruin Pragya’s planning. Elsewhere, Prachi teaches flour kneading to Ranbir. They share a moment. Their landlady arrives to break their romance. He just wants to have some romantic time with Prachi. He tells her that they will go somewhere they get privacy. He tells that they will go to some jungle to enjoy their quality time. Prachi finds him mad.

Sushma apologizes to the bidders for the technical error. She gives them another opportunity to bid for the mansion. Aaliya gets her friend’s help to stop the auction. She tells them that the auction can’t happen. Pragya humiliates Tanu in front of so many people asking her when did she get released from the jail. Will Aaliya and Tanu succeed in stopping the auction? Comment your views. Keep reading.

Reviewed Rating for Kumkum Bhagya 13th July 2021 Written Update Befitting reply: 2/5 This rating is solely based on the opinion of the writer. You may post your own take on the show in the comment section below.