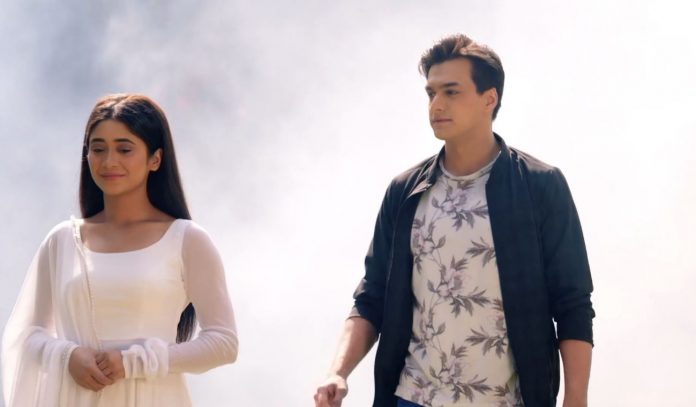 Yeh Rishta Upcoming Kartik Sirat Wedding 16th July 2021 Ranvir speaks to the doctor, who reports about his terminal illness. Doctor breaks his hope and strength by revealing that Ranvir has very less time to live his life, he will be soon dying because of poisoning. Ranvir can’t believe that he will be soon departing from his wife Sirat and family. He doesn’t have any affection with his dad, but is closely bonded with his mum and sister. Ranvir doesn’t want to leave them mourning for her. He imagines Sirat as his widow. He gets terrified by the sight. He wants Sirat to always have colours in her life. He decides to not tell her about his terminal illness.

With a heavy heart, he shares his illness news with Kartik, who is equally heartbroken by the truth. Kartik gets trying his best to consult other doctors and save Ranvir’s life. Kartik doesn’t want Sirat to lose her love. He doesn’t know that Sirat doesn’t love Ranvir, but him. Ranvir meets Kartik to reveal Sirat’s truth to him. Ranvir doesn’t know how to tell Kartik that Sirat loves him. He tells Kartik that Sirat and he had some differences in between, because of Kartik. Kartik doesn’t understand what he means.

Ranvir tells Kartik that earlier he wasn’t going to tell him anything and live a good life with Sirat by forgetting everything, but now he has no life left for himself. He wants to convey the truth which can actually bring happiness and love in Sirat’s life.

Ranvir plays Sirat’s confession audio in front of Kartik, leaving the latter shocked. Ranvir tells Kartik that Sirat deserves to live happy, not as a widow. He asks Kartik to give another chance to Sirat and accept her back in his life by marrying her. He tells Kartik that Sirat loves him, she was guilty to cheat in the marriage and kept her feelings to herself. He doesn’t want Sirat to feel guilty.

He wants Sirat to marry Kartik and move on in life, as he earlier decided for her future. Kartik is moved by the fact that Sirat loves him. He didn’t imagine that Sirat would fall for him, that love would re-enter his life, just like Naira predicted for him. Naira wants Kartik to accept Sirat’s love. Ranvir asks Kartik to marry Sirat. What will be Kartik’s reply? Keep reading. Comment your views on Kartik and Sirat’s wedding coming very soon.

Reviewed Rating for Yeh Rishta Upcoming Kartik Sirat Wedding 16th July 2021: 2/5 This rating is solely based on the opinion of the writer. You may post your own take on the show in the comment section below.