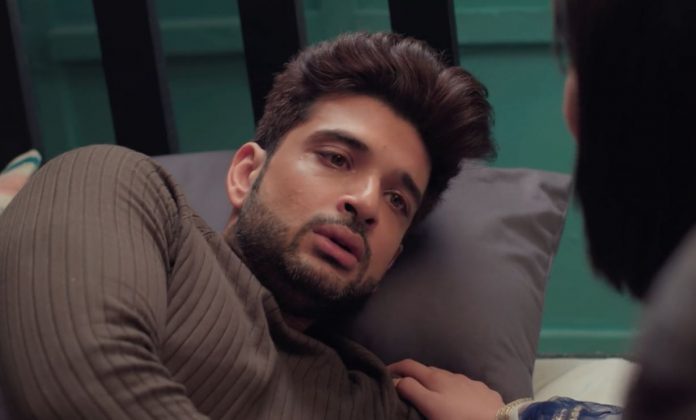 Yeh Rishta 22nd July 2021 Written Update Ranvir dies Ranvir is brought home by Kartik and Sirat, who take good care of him. Still, Chauhan gets revengeful against Sirat. Chauhan can’t see Ranvir’s condition getting worse. Sirat tries to give much happiness to Ranvir in his final time. Ranvir urges her to follow her dreams. Ranvir spends time with his family. He finds his time getting shorter. Sirat cries for Ranvir.

Ranvir names his company and property to Sirat. He asks her not to refuse. He tells her that she should fulfill dreams of many girls like her by running SSC. He doesn’t have any trust on Chauhan. He requests Kartik to support Sirat. Kartik asks Ranvir to forget whatever he told before. Ranvir wants to unite them before his death. Kartik understands his concern. He can’t snatch Ranvir’s memories from Sirat. Manish gets upset that Kartik is helping Sirat again, by forgetting his own duties towards the family. Ranvir gets sorrowful to get away from his family.

Chauhan curses Kartik and Sirat. Ranvir tells Chauhan that Kartik and Sirat didn’t do anything wrong with him. He shares his feelings with Chauhan. He wanted Chauhan to love his son, than just burdening him with expectations to keep his family respect. Chauhan tells him that he has heard Sirat confessing love for Kartik. Ranvir tells him that its the half truth, Sirat has vowed to keep the relation sincerely.

He reveals that he knows the complete truth and have forgotten it. He blames Chauhan for shooting the bullet at him, which is the reason for spreading the poison in his body. He asks Chauhan to remember that he is dying because of Chauhan. He requests Chauhan to let him die in peace. Chauhan swears to not forgive Sirat. Ranvir’s health gets more critical. Ranvir tells Kartik and Sirat that he has no time left. Sirat asks Kartik to call the doctor. Ranvir asks Kartik to just marry Sirat and be her life companion forever. He asks Sirat to marry Kartik and stay together. Kartik and Sirat get worried on hearing his last wish. Ranvir breathes his last.

They cry for Ranvir’s death. Kartik finds tough to see Sirat breaking down. The pain gets too much to handle. Sirat blames herself for Ranvir’s death. Chauhan gets raged on hearing her. Kartik feels saddened. Goenkas wait for Kartik’s return. Manish gets informed by Kartik about Ranvir’s death. Kartik tells Manish that Ranvir was ill since a long time. He doesn’t want Kairav to know this. Sirat gets humiliated and hurt by Ranvir’s family. Kartik protects Sirat and feels Ranvir’s wish was right about the marriage. Kartik agrees to marry Sirat to save her from Ranvir’s family.

Reviewed Rating for Yeh Rishta 22nd July 2021 Written Update Ranvir dies: 3/5 This rating is solely based on the opinion of the writer. You may post your own take on the show in the comment section below.