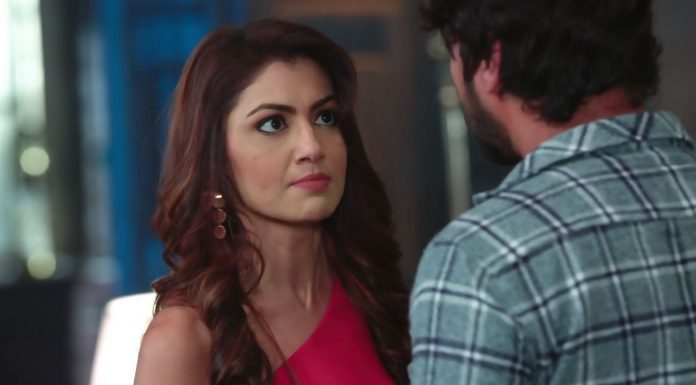 Kumkum Bhagya 23rd July 2021 Written Update Blunt Pragya Abhi misses Pragya. He tells that his Pragya was a symbol of love, but this new Pragya just shows hatred-filled attitude. He feels she hates him for no reason. He imagines Pragya coming to take care of him. Pragya cries in his memory. Abhi cries in her memory. They both feel hurt by their separation. Gautam likes Pragya to much extent. He goes to meet her at the restaurant and thinks to talk about their future if he finds her in a good mood. He likes her bossing around. Her attitude attracts him.

Abhi loses his cool when he finds Gautam making plans to woo Pragya. Abhi bashes him up in anger, which isn’t taken well by Pragya. Pragya asks Abhi his rights by which he is bossing around in her house. She asks him not to instruct her what’s right and what’s wrong. He tells that Gautam isn’t a right man to meet at the cafe at night. Pragya tells that she has understood what’s right for her, she has understood everything.

She adds that she will meet anyone she likes, she will go anywhere she wants, its her life, Abhi has to understand it that he means nothing to her now. She rebukes him and shows his right place. She snatches his rights. Abhi gets heartbroken.

On the other hand, Rhea gets a place in the Kohli family by marrying Siddharth. Much to Ranbir and Prachi’s surprise, Pallavi accepts Rhea in the family, because Rhea was the first choice for Ranbir. Pallavi finds hard to see Rhea as Siddharth’s wife. Rhea stays secretive about her intentions. Ranbir and Prachi stay alert of Rhea, who can’t be trusted. Ranbir gets helpless to hide the truth from Siddharth. What will happen when Rhea and Ranbir’s past comes out? Keep reading.

Prachi cares for Rhea even when she knows that Rhea had been so wrong. She feels uncomfortable. She doesn’t feel like Rhea is her sister, but a strange. She goes to share her feelings with Ranbir. She had thought to sort out the past issues, but Rhea avoids her. Rhea doesn’t say a word and treats her like a stranger. Prachi tells Ranbir that she had to talk to Rhea, but she didn’t tell anything seeing her odd behavior. She feels strange that Rhea didn’t say anything as if she has no past memories.

Siddharth tells Rhea that he hopes Pallavi isn’t upset with them. He asks Rhea to talk to him. He requests her to give some time to his family. Ranbir informs him that he has got the flight tickets for the morning. Later, Ranbir and Prachi take Siddharth and his bride home, much to Pallavi’s shock. Pallavi feels Siddharth has also gone against her word like Ranbir did. Dida is also left surprised seeing Siddharth married. Pallavi doesn’t hear a word from Siddharth. She asks him to leave, if he can’t respect her.

Pallavi reminds him why she had ousted Ranbir from the house. She tells him that Siddharth should have not repeated Ranbir’s mistake. Pallavi and Vikram were much hurt after Ranbir’s marriage with Prachi. They couldn’t forgive him till now. They wanted to trust Siddharth and make him a good son, which Ranbir couldn’t come. Pallavi didn’t know that Siddharth will also go against her. Siddharth had promised to get married by her wish. Pallavi asks Siddharth if he had asked her before marrying, if she had chosen that girl.

Ranbir defends Siddharth. Pallavi asks him not to justify Siddharth’s mistake. Pallavi gets angered that Siddharth has created the same situation like the past. He feels devastated and betrayed by Siddharth. She can’t forgive their cheats. She tells them that she didn’t wish to see Prachi’s face, so she had ousted Ranbir. She accuses Prachi for brainwashing Ranbir and marrying him. She adds that Prachi can never understand the feelings of a broken family.

She rebukes Prachi for snatching Ranbir from them. She adds that she couldn’t meet the relatives’ eyes, who doubted on her upbringing, who thought she isn’t a good loving mother to Ranbir. She tells that she had tolerated the taunts and insults because of Prachi. Prachi tells Pallavi that she didn’t thought of anything such. Ranbir feels Pallavi’s pain, but doesn’t want Prachi to get blamed for his marriage decision.

She tells that she loved Ranbir a lot, she used to forget her pain seeing his smile, he was his life, but everything has changed after Prachi snatched him. Pallavi curses Prachi that she also loses her son. Dida asks Pallavi not to curse Prachi. Pallavi wants Prachi to go through the same situation to understand her pain. Vikram hears Pallavi’s scream and comes to see the argument. Prachi apologizes to Ranbir. Ranbir asks Pallavi to stop it. Siddharth feels bad seeing Prachi getting rebuked. Pallavi tells that her anger gets at the peak on seeing Prachi’s face.

Dida worries for Vikram and cares for him. Pallavi asks Siddharth to take his bride and leave. Vikram asks Dida to stop Pallavi from ending more ties. Prachi tells Pallavi that she can understand her pain. She doesn’t think she can snatch Pallavi’s rights on Ranbir. She adds that Ranbir will always be Pallavi’s son first, he misses his family a lot.

She explains that Ranbir is also equally hurt, he cries for his family and lives in the past along with the present with her. She tells that she is responsible for the bitter past, but the future can be better if Pallavi forgives Ranbir and Siddharth. Pallavi sheds tears. She doesn’t want to forgive Prachi even if the latter acts innocent.

Reviewed Rating for Kumkum Bhagya 23rd July 2021 Written Update Blunt Pragya: 5/5 This rating is solely based on the opinion of the writer. You may post your own take on the show in the comment section below.