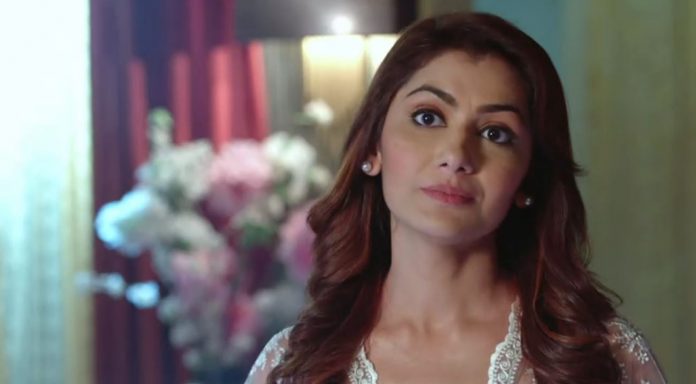 Kumkum Bhagya 30th July 2021 Written Update Old Pragya is back Vikram tells that Prachi is Ranbir’s wife, she will stay with him. He asks Pallavi to get Ranbir’s room cleaned. Prachi gets emotional. She tells that she will clean it herself. Ranbir gets excited to return home. He tells that he will go and see his room. He loves Vikram. Pallavi vents her anger on the nurse. Dida worries seeing Pallavi’s anger. She wishes that Prachi gains strength and counters Pallavi. Prachi hides her sorrow from Ranbir.

She tells that she is very happy that he is returning home. He tells that he wants her happiness. She tells that she was tensed thinking Vikram will ask her to leave him forever, but when Vikram said that she can also return home, then she felt hugely relieved. Ranbir asks her how can she think that his parents can break their marriage. He is glad that they will live together with the family. He finds everything perfect that they have come to live with everyone. He hugs her. Dida tells Ranbir that he has started his mischief again.

Ranbir feels shy. She is happy that he came back and brought happiness for the family. She accepts Prachi and hugs her. Meanwhile, Sushma asks Abhi to decide if he will pay for the loss or go to the jail. She informs that she has already called the police. She wants to know what will Abhi decide now, how will he arrange money. She thinks he will learn a lesson now. Abhi tells that he isn’t the reason for the accident, he lost his cool because of Gautam, who was with Pragya. Tanu asks Abhi about Gautam.

Sushma asks Abhi to not start the family drama. Garage owner requests Sushma not to call the police. Sushma tells that he should have known that Abhi is taking the car for delivery. She doesn’t listen to him. The garage owner agrees to pay the money, knowing Abhi can’t pay it. Sushma unwillingly spares Abhi. She makes a leave. Abhi thanks the man for managing the situation so well. The man asks Abhi to pay the loss by working in the garage or somewhere else. He proves that the world is still selfish.

He asks Abhi to start paying the money in instalments with interest. He also threatens to file a case on Abhi. Tanu asks Abhi how will they pay the monthly interest. Abhi feels burdened by the loan. Pragya regrets that she has got drunk. She misses Abhi. She still has the big question in mind, why did Abhi try to kill her.

She feels she is lying to herself. She realizes that she is still affected by Abhi’s presence, even when she doesn’t want to think of her past. She thinks of the past again and again. She finds his memories soothing to her senses. She is affected that he is Tanu’s husband now. She can’t tolerate to see him with Tanu. She couldn’t take revenge on him. She maintains the lie that she hates him, but she is still the old Pragya from her heart, who melts down by Abhi’s name. She feels her love is overpowering her senses again.

Furthermore, the fact that money can never defeat love is known to her. She realizes that she can’t use the money to defeat Abhi’s love. She doesn’t know if his love is true. She gets stuck at the same point, where she is confused to believe him, remembering that he tried to end her life. She feels Abhi still believes her, his belief is defeating her gradually, his love is cooling her revenge fire.

She doesn’t want to sleep and wake up holding his memories. She is angry on her foolishness. She doesn’t want to fall weak. She tells herself that Abhi has no true feelings for her, he wanted her to leave him forever, knowing she madly loves him. She wants to ask him why does he want to kill her. She remembers that Abhi has saved her life for some reason, Abhi can’t see her with someone else, his behavior is still confusing. She denies that Abhi loves her.

Moreover, Abhi is upset that Pragya has sent Sushma to trouble him. Tanu questions Abhi about his injury. She asks if he is jealous seeing Pragya with someone else. Abhi avoids to answer her. She asks him not to run away from the truth, and instead face it. Abhi realizes that he couldn’t see Pragya with Gautam, he should stop thinking of Pragya, who doesn’t deserve his love now. He also wants his answer, the reason for her revengeful act. He prepares himself to face the truth. He calls Pragya and makes an apology for hitting Gautam. Pragya tells that she wants to ask him about the past incident, their future depends on it.

She tells that they both will get their answers. He asks her if she is drunk to talk of the past. She tells that he is saying right, she is compelled to talk of the past, she got courage to question him. She asks him why did she save her from Gautam, when he tried to kill her two years back. Sushma interrupts Pragya’s conversation. Sushma tells that she had gone to Abhi’s house. Abhi informs that Sushma had come to get him arrested.

Sushma asks Pragya why is she talking to Abhi. She asks Abhi to never call Pragya. She doesn’t let them talk. Abhi calls Pragya again. Sushma finds Pragya getting concerned for Abhi. She doesn’t want Pragya to care for Abhi and his family, who are criminals. She informs about Abhi’s accident. Pragya enquires if Abhi got hurt. Sushma realizes that old Pragya didn’t die, she still loves Abhi. Are you liking to see old loving Pragya back? Comment your views and keep reading.

Reviewed Rating for Kumkum Bhagya 30th July 2021 Written Update Old Pragya: 4/5 This rating is solely based on the opinion of the writer. You may post your own take on the show in the comment section below. 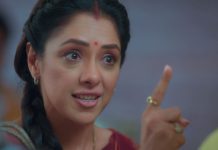