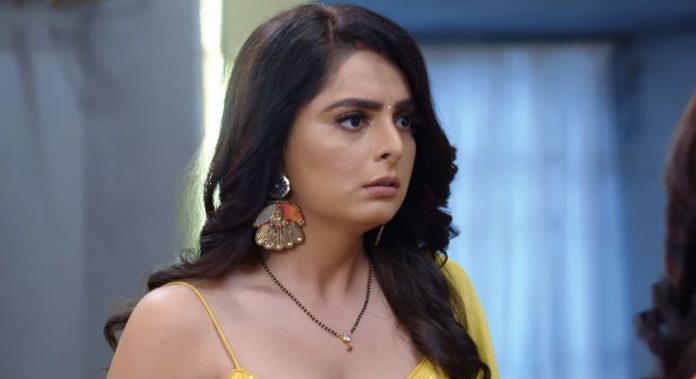 Kundali Bhagya 30th July 2021 Written Update Sherlyn reveals Preeta changes her mind about revealing the bad shocker to the family just for Mahesh’s sake. She doesn’t want Kareena’s word to get true. She also restricts herself from giving any trauma to Mahesh and Rakhi, knowing that both of them are really looking forward to welcome their grandchild. Preeta feels helpless to land in a situation where she has to lie and keep their false hopes alive, just to keep their smiles intact.

She didn’t imagine that they will bind up hopes so strong that it will be difficult to break out the truth. Kareena also tends towards Preeta with care. She tells Sherlyn that Preeta is pregnant, she needs care. She doesn’t want to lose the family’s happiness, which is brought just because of Preeta. She asks Sherlyn not to grow insecure. She adds that Sherlyn should stop behaving like an insecure kid, who cries on seeing the other person get more attention. She asks Sherlyn what problem does she have if anyone cares for Preeta. Sherlyn doesn’t understand and still reacts.

Kareena finds her behaving more weird. She asks what’s wrong with her, the family cared for her as well when she was pregnant. Sherlyn stops Kareena from going to Preeta. She breaks the shocking truth that Preeta isn’t pregnant. Kareena can’t believe this, since the pregnancy was confirmed by Daima. She asks Sherlyn why is she saying nonsense. Sherlyn explains that Preeta is upset since she returned from the hospital, she is hiding the big truth of her false pregnancy. She asks Kareena to find out from Preeta herself.

On the other hand, Preeta stays worried. Sonakshi hugs her and thanks her for coming. She gives her a wedding gift. She asks Preeta to open the gift once. Preeta gets emotional. Sonakshi tells that Preeta resembles her elder sister. Preeta hugs her. Sonakshi tells Karan that Preeta and she have become sisters now. She asks Karan not to get jealous seeing their bond. She wants him to go and get ready for the haldi function.

Karan showers his love and care on Preeta. Sonakshi finds him really romantic and compliments him. Karan tells her that Preeta has made him romantic, Preeta has changed him into a different person. Everyone celebrates happiness unknown of the truth. A storm will come when Preeta’s pregnancy truth gets revealed.

Reviewed Rating for Kundali Bhagya 30th July 2021 Written Update Sherlyn reveals: 3/5 This rating is solely based on the opinion of the writer. You may post your own take on the show in the comment section below.