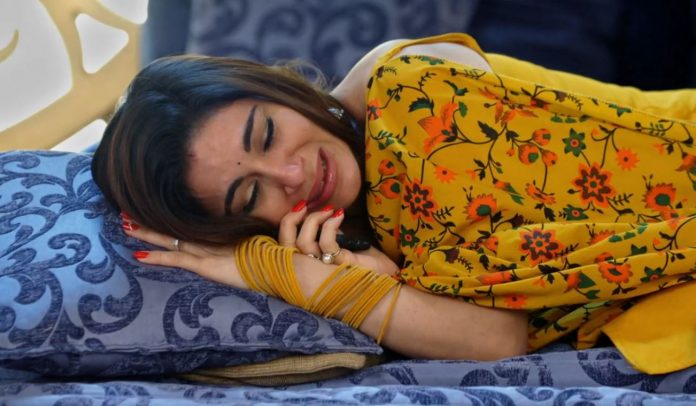 Kundali Bhagya 2nd August 2021 Written Update Peak woes Shrishti shares her Lonavla trip plans with Janki. She tells Janki that they may face danger on the way if they leave at night, then she will become dangerous for the danger itself. She stops Janki from telling anything to Sarla. Janki is scared of Sarla’s anger. Shrishti goes to pack Janki’s bags. Bani asks Karan to take care of Preeta well. Mahesh complains that Karan was with Rajat, not Preeta. He tells that he would have scolded Karan in front of Rajat. He scolds Karan with love.

Bani punishes Karan for avoiding his duties. Sarla gets angry seeing the house messed up. She wants Shrishti to handle her work herself. She goes to call Shrishti. She finds Shrishti and Janki missing. She wonders where did they go. She finds Shrishti’s note. She learns that Shrishti has left the house to elope with her lover. She gets worried. Shrishti and Janki enjoy their freedom. They know that Sarla would be worried for her, Sarla will understand that they have gone to Preeta. Shrishti wants to reach Preeta soon.

Janki tells Shrishti that she has left letters from their side to Sarla. Shrishti gets a shock knowing that Janki has left a love letter from Shrishti’s side. Janki tells that Sarla will respect her more knowing she has gone after Shrishti. Shrishti tells that Sarla will understand seeing the same handwriting in both the letters. Sarla tells that such a bad handwriting can just be of Janki. She understands that Shrishti and Janki have gone to Lonavla. She calls Shrishti. Janki asks Shrishti to answer the call and apologize to Sarla.

Shrishti tells that she will tell Sarla about the two letters written by Janki. Janki calls it a prank. Shrishti gets relieved when the call disconnects. Janki gets worried when she gets Sarla’s call. Janki apologizes to Shrishti. She tells that Shrishti has forcibly got her. Sarla gets angry on Shrishti for leaving without informing her. Shrishti apologizes. Sarla asks her to use her mind, or at least listen to her mum. She tells that Rakhi has invited them, but they don’t know Sonakshi well, they shouldn’t go to attend the wedding.

Shrishti tells that she is going on Karan’s invite. Sarla asks her not to do anything wrong and take care of Preeta and herself. Janki asks Shrishti why did she lie that Karan invited her. Shrishti doesn’t think its wrong. Sarla calls up Preeta to inform about Shrishti. She enquires about Preeta’s health. Preeta cries when Sarla cares a lot for her. She asks Preeta to tell her feelings, whatever is happening. Preeta tells her that she isn’t pregnant. To add up to her woes, she reveals that she can never conceive. Karan gets punished.

She reveals that the doctor had told her about the complications, she can never conceive. Sarla tells that the reports are wrong, this isn’t possible. Preeta cries out her pain. Sarla still can’t accept this news. She asks Preeta not to think negative. Karan goes to speak to Preeta. Preeta tells Sarla that it was just a misunderstanding, she couldn’t tell the truth to the family, seeing Mahesh and everyone so happy after a long time. Preeta expresses her sorrow. Sarla feels tough to tolerate the news. Preeta tells that Karan will cry a lot when he knows that they can never become parents.

Reviewed Rating for Kundali Bhagya 2nd August 2021 Written Update Peak woes: 3/5 This rating is solely based on the opinion of the writer. You may post your own take on the show in the comment section below.