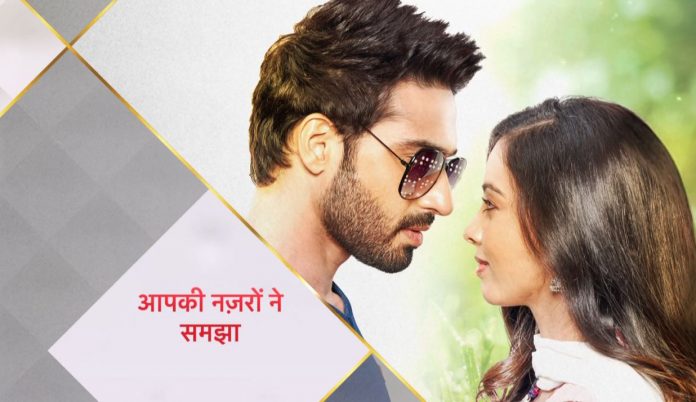 Aapki Nazron Ne Samjha Upcoming Wedding Spoiler Times are changing for Darsh and Nandini. Rajvi finds Darsh’s life falling in danger because of Nandini. Darsh is confused when Rajvi asks him to marry Nandini. She doesn’t want Darsh to face any trauma. Darsh is getting married to Charmy. Nandini is disheartened to see the marriage functions. She wishes that Darsh realizes the truth in time. Darsh meets Nandini. She resists the moment. He fills her hairline with the sindoor. She emotionally cries. Darsh doesn’t let her go. He asks her why did she do this with him.

He finds her lonely. He tells her that she has done wrong, she can identify her even when she isn’t in front of him, he still feels her around. He admits that he has done a mistake for which he regrets. He asks her to punish him for his mistake. He tells her that she is equally wrong to hide the truth from him. He apologizes to her from his heart. Darsh and Nandini’s moment becomes unbelievable. This happens to be Nandini’s dream. Nandini’s real identity will be disclosed soon when Darsh and Charmy will proceed to the mandap for the marriage.

Vini will help find out the real truth of Nandini, in order to help them unite. Charmy and Shobit’s relationship will be getting known, and also the fact of Charmy’s pregnancy, which had become a reason for Rajvi to lie. Darsh and Nandini will get married again in the same mandap, set for Darsh and Charmy. Keep reading for more upcoming spoilers of your favorite shows.

Reviewed Rating for Aapki Nazron Ne Samjha Upcoming Wedding Spoiler: 3/5 This rating is solely based on the opinion of the writer. You may post your own take on the show in the comment section below.