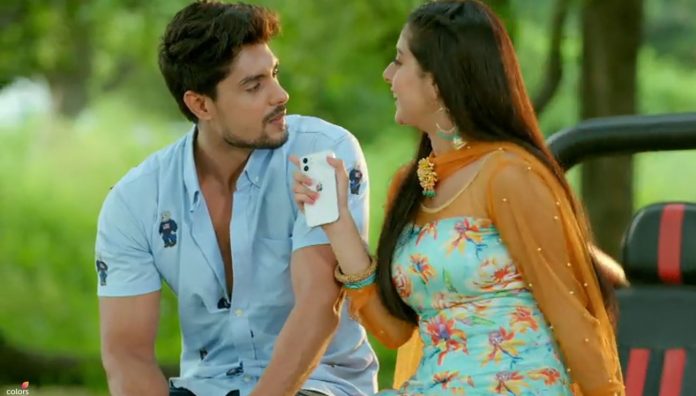 Udaariyaan 12th August 2021 Written Update Date blast Tejo gets the good news of the academy’s success. She is happy that Fateh and her hardwork paid off. She had worked hard to restart the academy for the sake of Fateh’s career. She shares the big success with Khushbeer and Gurpreet. Mahi and Amrik are also happy for Fateh’s success. Tejo gets excited. She tells that their academy has started making profits. She gets an idea and tells them that they shall give a surprise party to Fateh. The family likes her idea.

Tejo tells that Fateh will be very happy if the family gives her a surprise, he will get encouraged to work better. They agree to give the surprise, but ask her about the venue. Amrik asks her where does she plan to keep the party. Tejo tells that the academy’s boxing ring will be the perfect place for the surprise party. She tells that Fateh will surely come there and then he will get a big surprise seeing them. Amrik tells that the idea sounds really good. Khushbeer asks Tejo to go ahead and plan things as she wants.

Jasmin plans a lunch date with Fateh. She tells that they will have a special lunch in the academy, she will cheer him when he does boxing. She imagines that and gets excited. Fateh likes her madness and laughs. Tejo tells the family that they will shout out the surprise when Fateh enters the academy.

Fateh doesn’t know that Tejo is planning a big surprise for him. He happily agrees to Jasmin’s plan. Tejo congratulates Fateh from her heart. She feels sorry that she had doubted him and made him upset. She wants to make his mood better. Fateh avoids Tejo. She makes decorations in the room to apologize to him. Fateh feels guilty. Tejo hugs him and makes an apology. She promises that she will never doubt or question him. He apologizes to her for overreacting. He lies to her that he had gone to buy perfume for her, he had tried the perfume at the shop and it went against him. Tejo happily thanks him.

Fateh gets tricked by Tejo and the family, who lie to him and rush to the academy to surprise him. Tejo wants to give the good news to him, and also tell him about Simran. Fateh and Jasmin come to the academy for their special lunch date. Tejo and entire family decorate the academy for surprising Fateh. Tejo makes sure that everything is perfect. Fateh reaches there with Jasmin. Tejo wishes Simran and Candy were along with them. She decides to unite the family. Jasmin has prepared the special lunch for Fateh herself. She wants him to keep patience. Tejo tells Buzo that nobody should know about them.

She asks him to lock the academy door from the outside. Mahi loves the setup. Tejo asks everyone to get ready and hide, Fateh has arrived. Jasmin tells Fateh that she forgot the basket in the car. She goes back to the car, while he makes an entry alone. He gets to see Tejo’s lovely surprise for him.

The family shouts out a loud surprise for Fateh. Fateh gets a massive shock seeing the entire family with him. The family wishes him and hugs. Fateh panics that Jasmin can make an entry anytime. WHe turns to see if Jasmin has come. He wants to message or signal Jasmin not to come inside the academy. He doesn’t want his affair truth to come in front of the entire family. How long will Fateh lie to Tejo. Will Tejo give a surprise to Fateh or will she receive a shock from him? Will Fateh’s affair gets known to the family? Keep reading. Leave your comments on the ongoing track.

Reviewed Rating for Udaariyaan 12th August 2021 Written Update Date blast: 2/5 This rating is solely based on the opinion of the writer. You may post your own take on the show in the comment section below.