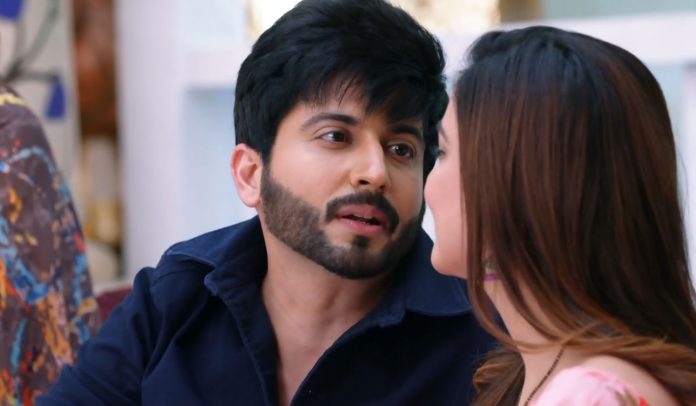 Kundali Bhagya 25th August 2021 Written Update New sorrow Sarla tells Preeta that she is much relieved that Karan is with Preeta, who will always take care of her. She has no worries as long as Karan is supporting Preeta. She asks Preeta to tell the family about the false pregnancy. She tells that she is much worried about Preeta all the time, she gets more worried by the thoughts when she is alone. She misses Shrishti’s nonsense talks. She wants Preeta to take rest and not worry for anything.

Sarla has no idea what is Preeta hiding from her. Preeta doesn’t want to tell Sarla about the blame on Karan, which is accepted as true by the entire family. Preeta is still not able to accept the truth that Karan and Sonakshi were into a relation unknowingly. She feels Sonakshi’s pain of losing her daughter, due to Karan’s unresponsive behavior towards Sonakshi and the baby’s responsibility. Preeta can’t forgive Karan so soon. She is much hurt within. Karan waits to talk to Preeta. He wants to know if she has lost faith on him.

Her opinion matters a lot to Karan. He tells her that he will lose faith on himself if he loses Preeta’s faith. Preeta doesn’t want to melt her heart for Karan. She tells him that she wants to be alone, she doesn’t want to talk to him. Karan thinks its necessary that she takes some time. Karan and Preeta get separated for time-being, while Sherlyn rejoices seeing Karan out of the room. Sherlyn thinks Sarla deserves to know the truth. She wants to shock Sarla. She calls up Sarla to inform her about Sonakshi’s blame on Karan. She tells Sarla that Karan has cheated Preeta.

Sarla replies that she knows Karan well, she knows his limits as well. She tells that Sonakshi has confirmed that Karan is the baby’s father. Sarla asks Sherlyn not to stain Karan’s character by the dirty story. Sherlyn asks her to speak to Shrishti when the latter comes home and get to know the truth herself. She tells that Preeta is broken down by Karan’s biggest deceive, Preeta isn’t able to boast of her love now, Preeta is getting away from Karan. Sarla grows worried on hearing this tensed news. Sherlyn laughs on Preeta’s misery. Sarla sheds tears for Preeta’s new sorrow.

She reaches the Luthra mansion to demand an answer from Karan. Preeta tells Karan that she is insecure, that he will still have feelings for Sonakshi. She thinks he will leave her and go back to Sonakshi. Karan asks her not to be mad, nobody can take her place in his life. Karan assures that his past will never come in their present. What’s the ending solution to this chapter of Sonakshi? Keep reading.

Shrishti and Janki come home with upset faces. Sarla asks why do you look upset. Shrishti doesn’t tell her anything. Sherlyn and Prithvi find Karan running after Preeta to talk to her. They get glad seeing the differences. Prithvi wants to enter Preeta’s life as her love. He congratulates himself seeing Karan out of the room. Karan tries hard to talk to Preeta, but she doesn’t answer him. Sarla tells Shrishti that she was worried for the diya losing the flame. Shrishti remembers Preeta’s suggestion.

Preeta asked her not to reveal anything to Sarla. Shrishti lies to Sarla. Sarla wants to know why is Shrishti crying. Shrishti and Janki cover up the matter. Sarla asks them to get freshen up and have food. Sherlyn feels her dream has turned true, its a big problem between Preeta and Karan. She thinks once Sarla knows this scene, she will come home to fight the Luthras, she will take away Preeta with her. She thinks its the best revenge on Preeta. Karan and Preeta cry in separation.

Sonakshi calls him. He rebukes him for ruining his entire life. Sonakshi feels sorry. She cries that she didn’t intend to tell the truth this way. Kareena tells Bani that Preeta is so disturbed, she shouldn’t go to Sarla’s house. Bani wants Preeta to decide it. She believes that Preeta will handle the situation well. She tells that they shall call Sarla and tell the truth, but its better that Preeta tells the truth to Sarla and explain her. Kareena fears that Sarla will create a big issue when she knows this news. Sherlyn wants to inform Sarla and make sure that Sarla takes her daughter home.

Reviewed Rating for Kundali Bhagya 25th August 2021 Written Update New sorrow: 1/5 This rating is solely based on the opinion of the writer. You may post your own take on the show in the comment section below.