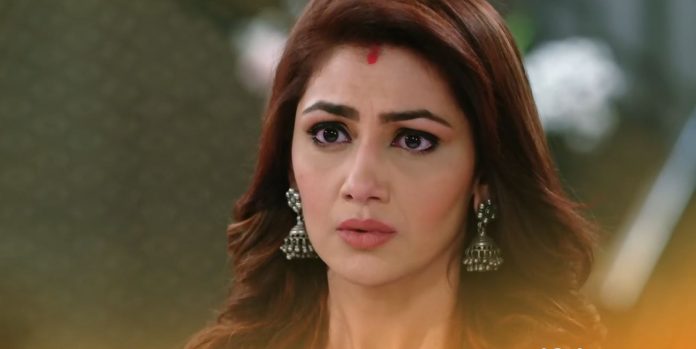 Kumkum Bhagya 28th August 2021 Written Update Kumkum twist Abhi and Pragya get into a contract marriage. Dida asks Pallavi to let Prachi handle the Janmashtami function. She tells that its Kanha’s birthday, she wants Prachi to make the puja preparations. Pallavi keeps Dida’s request. She tells that she will give another chance to Prachi and let her do the puja preparations. Rhea overhears their talks. She knows Dida is already on Prachi’s side and soon Pallavi will also go on Prachi’s side. She can’t let them happy. She wants to stop Prachi from getting this big responsibility.

On the other hand, Abhi comes in Tanu’s words when she explains that the sale deal is just a gimmick to help him enter Pragya’s world. Abhi wants his answers from Pragya. He is restless to know the reason for her hatred and revenge, when her heart was filled with so much love for him. Abhi arrives at Pragya’s mansion with the Kumkum.

Pragya speaks to Aaliya and Tanu about the deal. She accepts the deal just to bring Abhi to her house and look after him. She wants to protect Abhi from sorrow. Abhi misunderstands Pragya when she accepts to buy him. Abhi and Pragya agree for the contract marriage lasting six months.

Abhi fills Kumkum in Pragya’s hairline. He tells her that even though its a contract marriage which the people will regard wrong, but he will do it in a right way. He respects Kumkum, and feels just Pragya deserves his name Kumkum. He tells her that whatever the people say, he will just do what his heart wants. Pragya is in left in tears. Tanu smirks on getting the money from Pragya, while Aaliya gets blazing in anger over her brother’s sale. Abhi and Pragya get married once again. What are Abhi’s motives behind the marriage? Will their differences and misunderstandings get cleared? Keep reading.

Rhea tells Pallavi that she won’t have acidity if she takes biscuits before tea. Prachi wants to stop Rhea. Pallavi believes Rhea. Prachi stops Pallavi from eating the biscuits. She tells Pallavi that if she has acidity problem, then she should have cold drink. Rhea thinks Prachi wants to prove herself a genius. Prachi suggests more better options for relieving Pallavi’s acidity. Prachi asks Pallavi to take rest. She goes to make banana and ginger juice for Pallavi. Rhea gets angered.

She tells that Prachi always insults her in front of everyone. Dida tells Pallavi that Rhea did an easy work, but Prachi always picks the tough work. She tells that maybe Prachi made a mistake, or someone had dropped the Chole in the kitchen. Rhea gets mad at Dida. Pallavi tells that she will not apologize to Prachi. Dida asks her to give a fair chance to Prachi by giving her puja responsibility. She is sure that Prachi will learn things soon. She convinces Pallavi.

She doesn’t know who will be proved as better bahu between Rhea and Prachi, but she calls Pallavi the best bahu. Tanu makes the contract on her conditions. Baljeet asks Tanu is she really selling Abhi. Tanu discusses the contract with the lawyer. Baljeet asks Aaliya how can Tanu sell Abhi. Tanu asks them to let her focus. Abhi tells Baljeet that he will explain her in detail. He tells the lawyer that he also has a demand, he doesn’t want anyone to keep him in any corner as furniture or treat him badly, he had saved Pragya from troubles, but she is playing with his life. He asks the lawyer to note down his demands.

Tanu gets happy hearing his demands. She thinks Abhi will hurt Pragya the most. The lawyer asks Abhi to confirm his wish. Abhi is sure of what he wants. Rhea wants to plan something to take revenge on Prachi. She tells that she will not let Prachi handle the puja preparations. She gets attracted towards her first love Ranbir. She goes to Prachi’s room. Ranbir asks Prachi to pass the towel. Rhea gets emotional. Ranbir hugs Rhea by mistake. He tells Rhea that he loves her a lot. Rhea confesses that she loves him.

Its Rhea’s crazy dream. Rhea passes the towel to him. Rhea runs out of Prachi’s room. Prachi wonders what happened to Rhea that she is running like crazy. Rhea can’t control her feelings. She was away from Ranbir for two years. She feels she can’t stop herself seeing Ranbir. She loves him a lot.

She tells that she had forgotten him, but when he hugged her, her emotions got revived. She vows to snatch Ranbir from Prachi. She feels she got her life’s purpose back. Prachi and Teji get worried when Rhea doesn’t respond to them. Rhea wants to do the same thing with Prachi. She doesn’t care that Ranbir is Prachi’s husband. She just wants Ranbir. Ranbir looks for Prachi. Prachi tries to enter Rhea’s room. Rhea plans to write Prachi’s fate. Stay tuned to know Rhea’s next move.

Reviewed Rating for Kumkum Bhagya 28th August 2021 Written Update Kumkum twist: 3/5 This rating is solely based on the opinion of the writer. You may post your own take on the show in the comment section below.