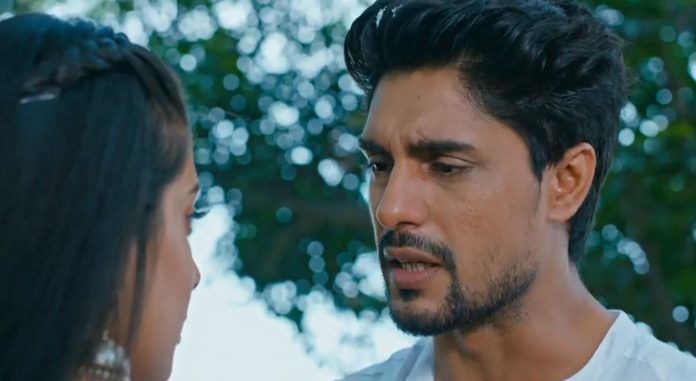 Udaariyaan 30th August 2021 Written Update Rash decision Fateh gets mad thinking Tejo is having an affair with Buzo. He was feeling much guilty and answerable to Tejo everytime he was hiding about his affair with Jasmin. He gets guilt-free the moment he realizes that Tejo is also cheating on him. Since he is wrong and cheating on Tejo, he feels she is doing the same thing with him. His mind can’t think of anything positive about her. He calls up Tejo the other day when she makes an excuse of the NGO kids and goes to meet Simran. Tejo wishes Candy for his success and gives him the gifts she bought.

While she is away, Buzo answers her phone. Fateh is raged that Tejo is still with Buzo, when its too late. Tejo stays busy with Simran and Candy in their special celebrations at home. Tejo doesn’t know that Fateh is suspecting him. Fateh rushes out of the house and calls Jasmin for a meet.

Fateh tells Jasmin that he felt that he is lying to Tejo, but he never imagined that Tejo will cheat him. He tells her that Tejo and Buzo have lied to him, not once, but many times, which means they are cheating him. He thinks they have no common link or any reason to lie to him. He concludes that they are cheating him. He tells Jasmin that knowing about Tejo’s affair, the guilt on his heart is off. He wants to fulfill his promise to Jasmin.

Consequently, Fateh tells Jasmin that he will take her to Canada as he earlier promised. He tells her that he will keep his promise now, they will not tell anyone and go to Canada secretly. He adds that they will not tell their plans to Tejo and leave, then Tejo will realize the meaning of hurting someone. He plans to flee away with Jasmin. Jasmin is left stunned with his decision. She also wants to elope with him and start a new life, without thinking of their families. Will Fateh and Jasmin flee? Keep reading.

Jasmin feels its better if Fateh and Tejo get separated. Bebe confronts Jasmin about her lie. She asks Jasmin why did she lie about Sweety, is there any guy she is dating. Jasmin tells that there is a guy, but she doesn’t want to tell anything about him. Bebe supports her to move on in life. Fateh stays disturbed about Tejo and Buzo. Tejo gets lunch for him. He avoids her. She asks him to have lunch. He refuses to her suddenly. She asks him why is he leaving all of a sudden by a work excuse.

He doesn’t want her to ask him everything. He asks her to go home. Fateh meets Jasmin. He tells her that he isn’t scared of anyone, not even Tejo, because she is also a liar. He wants Tejo to see them and feel bad. He tells Jasmin that he can’t accept that Tejo and Buzo are lying to him. Jasmin tells him that they are also lying because of their love, love makes a person lie. Fateh tells her that they think of just themselves, but Tejo isn’t selfish, she cares for everyone, but she cheated him.

Jasmin fills his ears against Tejo. She tells Fateh that Tejo has made her image very great. He asks Jasmin not to say anything bad about Tejo. He doesn’t think Jasmin has any right to say wrong. He tells her that he will find the truth about Tejo and Buzo. He goes home and waits for Tejo. He finds her in the washroom. He checks her phone. He calls on Urvashi’s number. Simran finds Candy hurt. She cares for her son. Buzo answers the call. Fateh wants a proof.

He gets disheartened hearing Buzo’s voice on the call when he had called Urvashi. He thinks Tejo is really cheating him. He misunderstands Tejo. He goes to meet Buzo. Buzo finds him angry and asks the reason. Fateh tells Buzo that he is paying much attention to Tejo, but the marriage isn’t going smooth. He complains about his marital problems to Buzo. He tells Buzo that he feels like Tejo is lying to him. Buzo asks him to not suspect Tejo, and believe her truth. Fateh asks Buzo if he knows Tejo well.

He wants Tejo to get a big lesson. Tejo wants to talk to Fateh and end their differences. She calls him, but he ignores the calls. Jasmin is very happy with his decision. Fateh tells Jasmin that they will not think of Tejo now. He promises to take her to Canada and live her dreams. Jasmin dances happily. She tells him that she can’t let Fateh go close to Tejo, they will leave soon.

Fateh tells her that they will leave at the earliest. Jasmin replies that Gippy had made her passport already. She is on cloud nine to spend the life with Fateh in Canada. Fateh tells her that it won’t be so easy for them to leave. She makes a plan to inform the family and leave. Fateh tells that the family will be upset. He thinks Tejo will forget him soon. He feels hurt. They plan to secretly leave from Tejo’s life.

Reviewed Rating for Udaariyaan 30th August 2021 Written Update Rash decision: 2/5 This rating is solely based on the opinion of the writer. You may post your own take on the show in the comment section below.