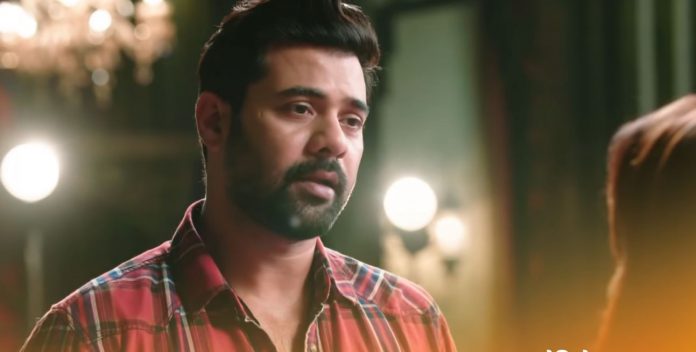 Kumkum Bhagya 30th August 2021 Written Update Abhi’s motive Rhea gets her emotions back for Ranbir. She wants to hug him with love. She wants him to confess love to her. She also wants to tell him that she loves him a lot. She wants to unite with Ranbir. She doesn’t want Prachi between them. She misses Ranbir in her life. She recalls the way Prachi had snatched her would-be groom. She wanted to live a future with Ranbir before. She had lost her life when she had lost Ranbir. She wants Ranbir back at any cost, even if she has to snatch Ranbir from Prachi. Prachi worriedly tries to enter Rhea’s room.

Rhea admits her real emotions being alone in the room. She declares her decision to steal Prachi’s husband, since Prachi had stolen her love. She just wants Ranbir back. Prachi gets close to know about Rhea’s true feelings, but misses out. Rhea fools Prachi. She thinks she will snatch Prachi’s love and happiness, since Ranbir’s love was meant for her. She wants to get the old love back in her life.

Prachi thinks she was wrong to witness the old Rhea. Rhea gets obsessed for Ranbir just like the old times. Rhea asks Prachi to wish her good luck so that she succeeds in fulfilling new relations and also get the love which she didn’t get before. Prachi thinks Rhea is talking about Siddharth, his love and their new relation of marriage.

She wishes Rhea all the best. She tells that she will pray Rhea gets whatever she wishes for. Rhea stays in Prachi’s good books. On the other hand, Abhi and Pragya have a Kumkum Bhagya marriage. Abhi tells Pragya that he will do the marriage his way, even if its contract marriage. Pragya gets emotional when Abhi fills the Kumkum in her hairline. Abhi and Pragya have a contract marriage for their mutual interests. Tanu takes the situation in advantage to get the money. What will Abhi do? Keep reading for further updates. Comment your views below.

She asks Sushma to check the clauses well. Pragya reads that she will have to give a notice if she wants to terminate the contract, else she will need to pay a 6 crores fine. Tanu tells that the same clause applies to Abhi as well. She adds that this is just a formality. Pragya tells that its stupidity. Tanu asks Pragya to tell her if she wants to change the contract. Sushma tells that six months contract is fine. Tanu replies that Abhi didn’t agree for one year contract.

Abhi cries on Pragya’s deceive. Tanu calls Abhi at Pragya’s mansion. Abhi heads for Pragya’s house. Prachi and Teji meet Rhea. They tell that they had got worried for Rhea. Rhea tells that she had rushed to the washroom, she wasn’t feeling well. Teji asks her to take care. Rhea tells Prachi that she wants to tell her emotions to her sister. She adds that she is happy that her real sister is with her. She tells that she feels like her Maayka. Prachi hugs her with love.

Rhea plans to act like a good sister and cheat Prachi. Prachi happily cries. Rhea asks Prachi not to cry. She tells that its a memorable day for them, their new relation is beginning. She thinks she will be getting Ranbir very soon. She tells that she wants to keep the relation well, so that she gets the lost love back. Prachi tells that she wanted to do a lot for her. She celebrates her unity with Rhea.

Abhi meets Pragya. Pragya thinks Prachi was right, Abhi doesn’t have a good family. She wants to save Abhi from his alcohol addiction. She thinks its hard to save Abhi from his mean family. Tanu and Aaliya tell Abhi that Pragya wanted to see if he is suitable for buying, if he is ready to get on sale. Abhi gets angry. Tanu asks Pragya not to get scared, its just a contract marriage. She insults Abhi in a way, that Pragya gets blamed. Aaliya asks Pragya to know if Abhi is worth the price. Abhi bears the humiliation.

Tanu frames Pragya and Sushma in front of Abhi, and makes the decision sound of only Pragya’s. She tells that Abhi knows that Pragya is just interested in Abhi. Sushma asks them to come to the point. She tells Abhi that Pragya just wants to know, if he has any objection to the contract marriage, if he is willing to do this or not. Abhi cries to accept the contract. He wants to become Pragya’s official husband.

He tells Pragya that he doesn’t have a problem, but Pragya has changed her thinking a lot. He answers Pragya in her language. He tells that Pragya has a right to check him before buying, he will not break down by the tests of fate. He is disheartened seeing the way she deals with people’s feelings. He tells Pragya that he will accept the deal. He reminds Pragya their early life, where she was much happy to marry him. He reminds Pragya how much she has changed. He tells that contract marriage won’t mean anything to them. Stay tuned.

Reviewed Rating for Kumkum Bhagya 30th August 2021 Written Update Abhi’s motive: 3/5 This rating is solely based on the opinion of the writer. You may post your own take on the show in the comment section below.