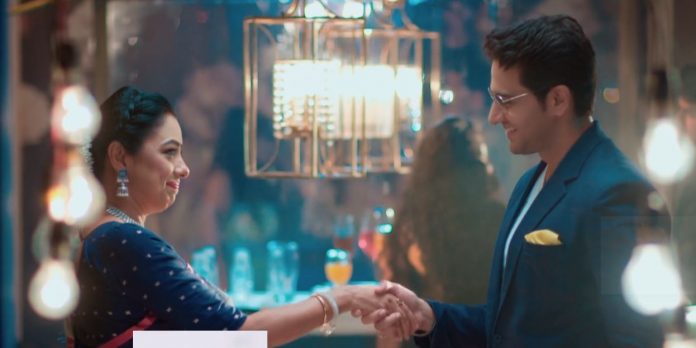 Anupama 2nd September 2021 Written Update Reunion blast Anupama and Anuj meet in the college reunion. Devika insists Anupama to dance with Anuj. Anuj and other friends start the dance, and ask Anupama to join. Anupama dances with Anuj, reminiscing their college days. They were famous as the dancing jodi in the college. Anuj had a crush on her. He was in love with Anupama, but didn’t had courage to tell her. Anuj still likes Anupama. He has come back in Anupama’s life to knock on the doors of her heart.

He learns about Anupama and Vanraj’s divorce, and also the financial troubles Anupama is going through. He gets all the information about Anupama. He planned the reunion just to meet Anupama. She is his first love. He tells Anupama that he got to know that she is in trouble, and came to offer help. Anuj and Anupama’s mature love story will be beginning. Vanraj has left from Anupama’s life forever. Anupama is glad to meet all her old friends, and introduces Anuj to Vanraj. Devika tells Vanraj and Kavya that Anuj was Anupama’s special friend.

Vanraj’s male ego gets hurt when Anupama dances with Anuj. He can’t tolerate Anupam moving on in her life. He is jealous seeing their friendship as strong as ever. Kavya finds an opportunity to meet Anuj and convince him for buying Hasmukh’s factory for 5 crores.

She asks Vanraj to talk to Anuj about the deal they missed before. Vanraj feels hesitant to ask help from Anupama’s friend. Anupama tells that she didn’t know Anuj will be a big successful businessman one day. She wishes him good luck. Vanraj finds Anuj keenly looking at Anupama. He realizes that there is something hidden in Anuj’s heart.

Reviewed Rating for Anupama 2nd September 2021 Written Update Reunion blast: 3/5 This rating is solely based on the opinion of the writer. You may post your own take on the show in the comment section below.