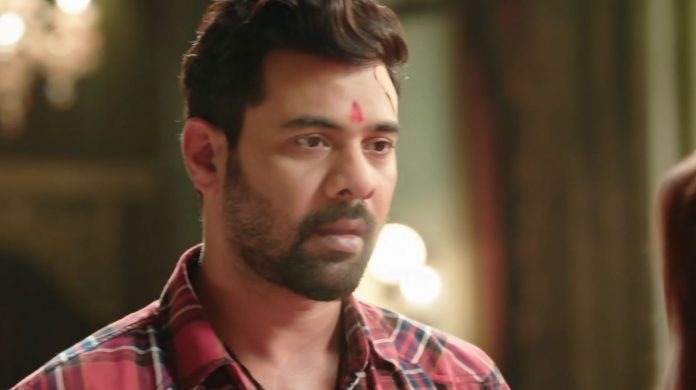 Kumkum Bhagya 3rd September 2021 Written Update Abhigya Pragya thanks Abhi for supporting her. He asks her the reason. She tells that the way he supported her in front of Gaurav, it means a lot to her. He reminds that she has bought him for this purpose, if she is paying him money for some work, then he will definitely do that. Pragya gets glad seeing the way he defends her. She still thinks of the moments between them. Her heart testifies that Abhi is protecting her, then he can’t plan to kill her. She gets into a dilemma.

Abhi asks her not to say thanks again, since he is just doing his work. Abhi wants her to realize her mistake. Pallavi gives the keys to Prachi. She asks Prachi to take anything she wants from the cupboard. She gives freedom to Prachi to plan the puja nicely, so that there isn’t any mistake. Rhea is shocked to see the keys given to Prachi.

Rhea tells Ranbir that she can’t tell him anything about Prachi. She asks him not to fight Prachi. She adds that she wants Prachi to be happy. He defends Pallavi. He tells that even Pragya would have scolded Prachi in this situation. Rhea tells that Prachi made her relation with Ranbir, but she will make sure that their relation ends. She wants Ranbir to just see the bad side of Prachi.

Meanwhile, Abhi tells Gaurav that he married Pragya and vowed to protect her, he will always protect her. He tells about the marriage’s seven vows. He tells that he becomes Pragya’s bodyguard, driver, assistant, cook, friend and becomes her strength. He tells that Pragya means the world to him, he can become anything for her. He asks Gaurav why didn’t he understand the truth. He tells that he had beaten up Gaurav because he is Pragya’s husband, he lost control on himself.

Sushma thinks Abhi is acting well. Pragya knows that Abhi isn’t acting, he is really telling about the marriage vows. Gaurav tells that he is Tanu’s husband. Abhi asks him to search on the internet about Pragya and him.

Gaurav checks about Abhi and Pragya. Abhi asks Gaurav to get lost. Abhi tells him to meet in the court. Gaurav threatens Abhi, who isn’t scared of him. Abhi tells that he doesn’t want to see him around his wife. Gaurav and his lawyer leave. Sushma thanks Abhi for everything. Abhi tells that he wants to freshen up. He goes upstairs. Pragya knows that Abhi is supporting him, but his eyes have something else. Ranbir finds Prachi crying. Prachi apologizes to him. She tells that she wants everything to get fine. He asks her who is responsible for this. Prachi and Ranbir get influenced by Rhea’s words.

He tells her that Pallavi doesn’t like to shout on her. Prachi tells that she doesn’t think so. Ranbir apologizes for scolding her. Rhea finds them patching up. Ranbir tells Prachi that he was feeling really bad to hurt her. He tells that he loves her a lot, he would never hurt her. He apologizes in a filmi way, much to Rhea’s shock. Prachi tells that she doesn’t feel bad if Pallavi scolded her. She adds that she feels bad that she always spoils the things. Ranbir feels he is a fool that he has hurt her.

They have a hug. He tells her that Rhea has sent him to patch up with her. He romances Prachi. Rhea’s plan fails. She thought Ranbir will scold Prachi, but he had hugged her. She feels so angry at him. Ranbir and Prachi have a dance and talk. He asks her to call Pragya and get peace. Sushma asks Pragya to stay well, until she goes on her work trip and comes. Pragya wants her to take care. Sushma tells that she is liking Abhi’s stay in their house, she is tension free thanks to Abhi. She likes the way Abhi has handled Gaurav. She tells that she likes everyone who does good to Pragya.

She asks Pragya not to trust Abhi so soon. Pragya goes to Abhi. He tells her that he will take her to the office. She refuses to go. He tells that he has to play many roles in front of the society. He doesn’t want to melt his heart. She gets Prachi’s call. Pragya thanks Abhi for the support, but he tells that it was just his duty. He tells that he knew that Gaurav is a bad person, if he knew about the press conference, then he would have broken Gaurav’s legs. He is hurt that she has bought him. She thinks she is giving him a good life, and he is showing attitude to her. He thinks she is showing attitude to him.

He wants to punish her by his taunts, since she has bought him. She wants to mend his ways. Abhi also thinks Pragya got spoilt. Abhi and Pragya collide. They get into a loud argument. Pragya talks to Prachi. She complains about Abhi. Prachi smiles hearing Pragya’s complains. Pragya tells her that Abhi isn’t drinking now. Prachi doesn’t tell anything to Pragya, seeing her tensed. She hides her stress. She tells that she is busy in Janmashtami puja preparations. Pragya asks her to take some rest. Abhi thinks who is making Pragya smile.

Reviewed Rating for Kumkum Bhagya 3rd September 2021 Written Update Abhigya: 3/5 This rating is solely based on the opinion of the writer. You may post your own take on the show in the comment section below.