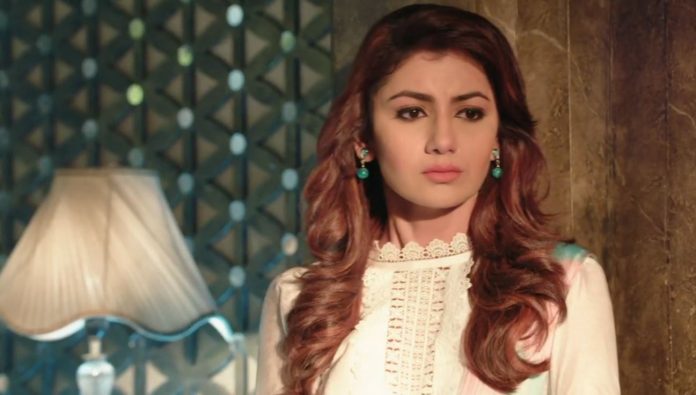 Kumkum Bhagya 14th September 2021 Written Update Huge revelation Pragya and Sushma rush Abhi to the hospital after seeing his serious head injury. Pragya wants Abhi to get saved. Sushma consoles Pragya, knowing the latter is so soft-hearted. She knows Pragya still has feelings for Abhi. Sushma also wishes that Abhi gets fine, since he has come as a savior for Pragya in Gaurav’s case. Pragya goes praying for Abhi while he gets treated in the hospital. Pragya informs Prachi about Abhi’s accident. Prachi rushes to the hospital to see Abhi. She meets Pragya and hugs her.

She pacifies Pragya with hopes of Abhi’s recovery. Pragya finally speaks out her heart in front of her daughter by revealing the past secret, which totally changed her and also her relations with Abhi. Pragya cries out that Abhi and she got separated many times, they had misunderstandings between them, but hatred never formed in their hearts. She adds that everything used to get fine between them, because she used to understand that he gets anger quickly.

She tells that Abhi makes mistakes in anger and speaks bitter things. She exclaims that she knew Abhi will get angry on her knowing she supported Prachi and Ranbir’s marriage by not thinking of Rhea, she was prepared to face his anger that day as well, but he had not just ended their relations that day, he also tried to kill her. Prachi is shocked by this revelation.

Pragya tells Prachi that Abhi had joined Tanu and Aaliya that day and conspired to kill her by getting her car brakes failed. She cries that Abhi wanted to end her life to punish her for supporting Prachi. Prachi can’t believe that Abhi can go to this extent. She has faith on Abhi, but she also can’t deny whatever Pragya is stating as the truth. Pragya tells that this was the reason that she stayed with Sushma and built a business empire to take revenge on Abhi, but by the time she returned in his life, she found him already destroyed by fate. Pragya shows a big heart by supporting Abhi now, knowing he had tried to kill her. Prachi feels sorry for Pragya, that her marriage with Ranbir caused a rift between her parents. Keep reading.

Pragya argues with the hospital staff for Abhi’s sake. Sushma asks Dr. Vishal to rush Abhi for treatment first. Pragya tells the doctor that Abhi fell down the stairs and got injured. Sushma asks him to treat him first and then know the rest of the things. Pragya tells that Abhi was too drunk, so he fell down by losing balance. Sushma tells her that treatment is much important at this time, they can’t let any news go out of the hospital by telling the entire story. She calms down Pragya. Pragya gets crying seeing Abhi.

On the other hand, Prachi wakes up Ranbir and tells him that she is really panicking that Pragya and Abhi aren’t answering the calls. She feels something is wrong. Ranbir asks her to call Sushma. She doesn’t have Sushma’s number. Ranbir tells that he can arrange Sushma’s number. He asks Prachi to call Sushma and ask about Pragya. He tells her that he will take her to Pragya’s house. Sushma asks Pragya to have coffee. Prachi calls up Sushma and asks for Pragya. Pragya takes the call.

She tells that she forgot the phone at home. Prachi asks her if she is fine, and if Abhi is okay. She tells that she had a nightmare and was feeling tensed about them. She asks Pragya what is she hiding. Pragya tells her that Abhi fell down the stairs, he got much injured and got hospitalized. Prachi tells that she knows Pragya can handle him, but she still wants to see Abhi. She informs Ranbir about Abhi’s accident. Ranbir takes Prachi with him.

Pallavi asks Ranbir to be with Siddharth at the office. She doesn’t want Siddharth to handle things alone. Siddharth tells that he never took any work stress. Pallavi instructs Ranbir to help Siddharth in the project. Ranbir wants to tell them about Abhi, but Prachi stops him. Pallavi asks him to attend the office meeting. Prachi tells Ranbir that she will go alone to see Abhi, he can go for his meeting. Ranbir wants to accompany her. He takes Prachi to drop her there. Pragya stays stressed about Abhi.

Doctor wants to find the real cause of Abhi’s fall. He tells Sushma that its a police case, she has lied to him. Sushma clarifies that Abhi really fell off the stairs. Abhi’s neighbor Manish learns about his accident. He wants to inform Aaliya and Tanu. He gets confused that Pragya is calling herself as Abhi’s wife. He thinks Abhi got attacked. Aaliya asks Tanu to give her money to start a new business. Manish calls Tanu and Aaliya. They don’t listen to him. He wants to go to their home and inform that Abhi is in the hospital. Prachi meets Pragya. They hug and share their pain. Sushma consoles Pragya.

Pragya reveals about the accident. She tells Prachi that she was like dead, soulless without Abhi, because of his deceive. She reveals that Abhi had hurt her a lot, she wanted to hate him as much as he hates her. She feels whenever they stay together, something wrong happens with them. She doesn’t want to stay with Abhi for Prachi’s sake. Prachi asks her what had happened two years back that Pragya didn’t wish to see Abhi’s face. Pragya doesn’t want to open her wounds.

Prachi curses herself that she is the reason for her parents’ separation. Pragya stays speechless. Prachi wants to know the truth of the past. Pragya asks her if she has courage to hear out the truth. She tells Prachi that she always adjusted with Abhi’s anger issues, but he tried to get her killed. Prachi is stunned to know this truth. She calls Pragya wrong. Pragya tells that she would have not believed anyone else, but Abhi had told this himself that she should die, his words ended her family, faith and love.

She reveals about her deadly accident, the car fell down in the river where Sushma was doing a puja for her lost daughter, Sushma saved her and gave her a new life. She is thankful to Sushma. Pragya tells Prachi that Abhi accused her, she couldn’t tolerate his hatred. Sushma finds Pragya falling weak. Pragya tells that she wanted to become strong, but she lost once again. Prachi pacifies her.

Reviewed Rating for Kumkum Bhagya 14th September 2021 Written Update Huge revelation: 5/5 This rating is solely based on the opinion of the writer. You may post your own take on the show in the comment section below.