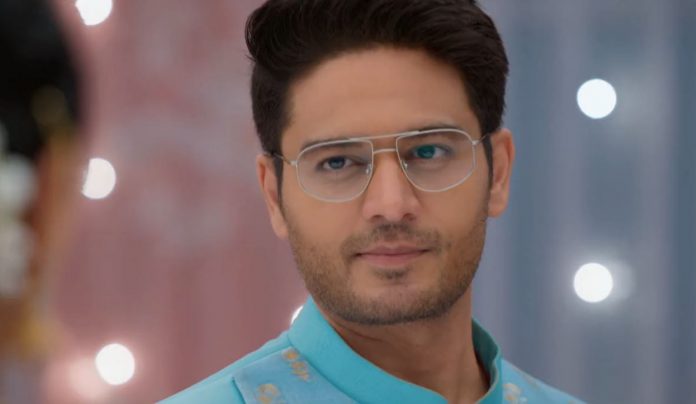 Anupama 23rd September 2021 Written Update New Leap Anupama 24th September 2021 Written Update Upcoming Anuj impresses everyone by his culinary skills. Pakhi compliments him as the second best cook after Anupama. Anupama too tells Anuj that she really liked the dish. She asks Samar not to eat too much. Samar tells that he can’t control. Vanraj and Paritosh reach there. Paritosh asks Vanraj to think again. Leela doesn’t eat the snacks, even when Kavya asks her to try. GK asks Leela to eat the snacks. Leela gets surprised knowing that Anuj cooks so well. Anuj tells Samar that he doesn’t play guitar always. Samar finds him an all-rounder.

He tells Anuj that Anuj will be his role model from today. Kinjal also finds Anuj a cool person. Vanraj hears his children praising Anuj. He gets upset. Anuj shares his college stories with them. They find him fit and fine. Anupama tells that she has heard from Devika that Anuj could defeat anyone in the arm wrestling competition. GK tells that Anuj can defeat anyone even now, he is really fit. Vanraj gets jealous. He challenges Anuj for the arm wrestling match, adding that even he used to arm wrestle in his college.

Anuj asks him to forget whatever GK has said. Pakhi tells that Anuj is really cool, but it will be tough to defeat Vanraj. Anuj doesn’t pick the challenge, but Paritosh and Vanraj provoke him to come ahead for the match. Anuj accepts the challenge. He doesn’t care if he wins or loses, but Vanraj takes it on his ego. Both Vanraj and Anuj have an arm wrestling match to win. Paritosh stands by Vanraj. He is confident that Vanraj will win.

Vanraj doesn’t want Anupama to cheer for Anuj. He vents all his anger on Anuj on the pretext of the match. Vanraj tells Anuj that he didn’t lose till date. Anuj tells that its his old habit to always lose. Anupama worries seeing their argument taking a form of rivalry. She doesn’t want to see who wins. Vanraj serves his ego well by winning the match. Anuj tells that if he knew that Vanraj is so strong, then he would have not accepted the match. Vanraj boasts of himself that he always wins. Anuj feels he has lost to Vanraj much time ago.

He tells Anupama about the new team forming for the project. He tells that they will have to go to Mumbai for work. Vanraj doesn’t like to hear this. Anuj tells that they have to attend the hotel launch. Hasmukh asks Anupama to go for it, because its her work. Kavya feels Anupama will be enjoying well. Paritosh tells that Anupama won’t be going with Anuj. Anuj asks him to let Anupama decide for herself. He questions Anupama if he should book her tickets as well. Anupama gets tensed seeing Vanraj and Leela, but agrees to go for the hotel launch.

She wants to learn the new work model as soon as possible. She agrees to accompany Anuj. Anupama and her family leave. Anuj finds Anupama bounded by her entire family. He feels she has chosen a tough path to live alone and handle all the problems alone. He tells GK that Anupama will succeed by following this path. Leela gets against Anupama. Kavya tells that they didn’t imagine that Anupama will take a big leap of success. Anupama feels her childhood dreams are getting true. She is happy and excited for her Mumbai trip. Do you like Anupama’s new leap of success? Comment your views. Keep reading.

Reviewed Rating for Anupama 23rd September 2021 Written Update New Leap: 5/5 This rating is solely based on the opinion of the writer. You may post your own take on the show in the comment section below.