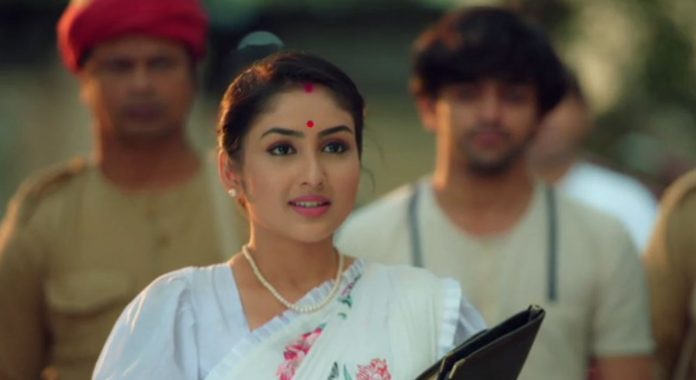 Barrister Babu going off air Netizens react to save it Barrister Babu currently airing on colors is in news with reports of it getting pulled off. While the news can be true or false, it can’t be said. Netizens love the show that airs first on Voot and then becomes a trend across other social platforms. The show is going really interesting. Bondita has finally come in front of the society as Barrister Babu Bondita. She has fulfilled Anirudh’s dream by taking over his case itself. While Bondita proves that Anirudh might have shot Chandrachur during their fight, but for a big reason that Chandrachur had committed an immoral wicked act of molesting Tapur.

Anirudh’s punishment gets less than the death sentence, but he doesn’t get forgiven, since Chandrachur has lost his life. Chandrachur is assumed to be killed by Bondita. The truth is Chandrachur got saved. Chandrachur meets Tupur secretly at the temple. They together fool Bondita on seeing her arrive there. Bondita thinks Tupur has lost her mental balance. Bondita revisits the temple after getting suspicious that Chandrachur might be alive, because the dead body doesn’t match with Chandrachur.

Bondita’s suspicion turns true when she herself sees Chandrachur alive. She pledges to get him punished in order to save Anirudh from the court trials. Bondita brings out Anirudh with justice and honour. Chandrachur’s chapter will end in the coming track, but the Netizens ask, is this the end of Barrister Babu. We think the show must go on. Its just the first case won by Bondita. Anirudh and Bondita have to fight a long battle for women equality and empowerment. So Barrister Babu going off air must just be a rumor. Barrister Babu might run for more months if the TRP gets higher. Do you want the show to continue, pushed towards OTT via Voot, or a sudden closure? Comment your views and keep reading.

Yet another mind-blowing episode of Barrister Babu today, Bondita and Anirudh try hard to defend Tapur in the court, but Subodh Chatterjeee makes it really tough for them. Subodh makes Tapur so tensed by his unexpected and evil questions that Tapur apologizes for coming in the court. Tapur decides to not tell the truth in the court, and instead run away to hide her truth. Bondita fails to prove anything in the court, because of Subodh.

Subodh proves that Anirudh has killed Chandrachur in rage, by insulting Tapur and entire womanhood to the limit that Anirudh loses his cool. Anirudh threatens to kill him, and proves how short-tempered he is. Subodh gets the court hearing verdict on his side. Bondita is given a last chance for proving Anirudh’s innocence. When she loses courage, Anirudh instills faith and courage in her. He restores her lost confidence by his motivational words.

He wants Bondita to win the case and set an example for all those girls who want to study and become a barrister. Anirudh encourages Bondita to just stay focussed and win the case. Bondita praises him that she will find a proof of his innocence. She gets clued that Chandrachur might be alive. She decides to follow the hint and expose Chandrachur’s truth in the court. A really nice episode with amazing moments between Anirudh and Bondita. The show brings interesting and inspirational moments. It must go on for long.