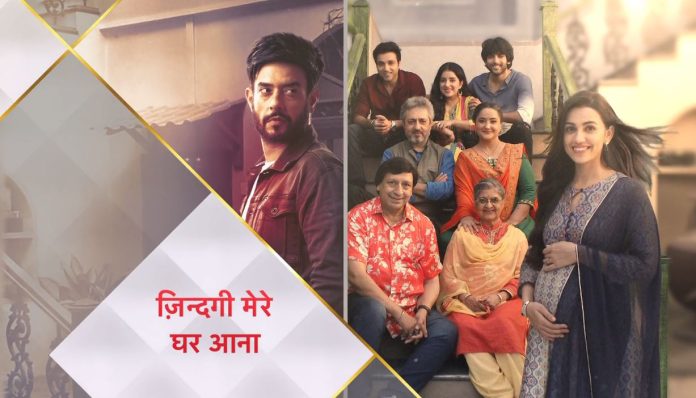 Zindagi Mere Ghar Aana 15th October 2021 Spoiler Amrita injured Amrita follows Pritam to the child care home. She comes across many children there, left by their families for treatments. She wants to know what is Pritam doing there. Pritam meets his wife, who is posing a big problem to him yet again. Pritam and his wife are getting divorced, and fighting for their child custody. Pritam’s wife is an evil fugure, who has completely ruined his life. He hates her, and doesn’t want her around his son. Amrita has no idea about Pritam’s past and family. She still takes a risk to go close and know about his wife. She meets Pritam’s wife, who tricks her and sends her away. Amrita is still confused about him.

Amrita is eight-months pregnant. She wants to help her family by doing a job, irrespective of her pregnancy. Amrita gets the job in the hospital where Karan used to work. She wants to protect the family by all the problems. She falls into trouble this time, because of Pritam. She loses focus while walking on the road. She is curious to know about Pritam. She gets to see Pritam with his wife. She doesn’t know much about his personal life. She wants to make sure that her family is safe.

The family gets worried for her when she comes home in an injured state. The family cares for her. Nimmo scolds Amrita for not caring for herself and the baby. She gets angry on Amrita that she has risked her life. She wants Amrita to take care of Karan’s baby. Amrita cries and apologizes to Nimmo. Pritam’s secret gets known to Amrita. Pritam is on a mission, and hides his real identity from Sakhuja family. He is troubled by his wife, who doesn’t let him meet their son Rahul.