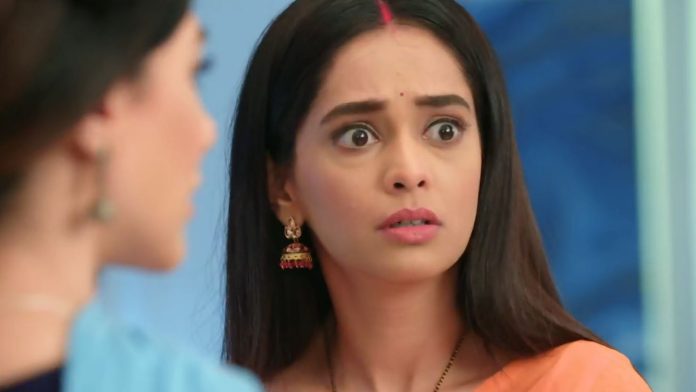 Kumkum Bhagya 16th October 2021 Written Update Prachi shocked Rhea and Ranbir’s closeness finally occurs as a result of her evil conspiracies. Rhea spikes Ranbir’s drink to trick him and take him to her room only to win him move, and break his relationship with Prachi. Rhea wants Ranbir to understand her advances. Rhea gets romantic with Ranbir. Ranbir gets worried when he hears out Rhea’s confession, but doesn’t stay in senses to react much. Ranbir is intoxicated.

Rhea tells that she was waiting for this moment, and now she will not let him go anywhere far from her. After the night passes, both the couples return to Delhi. They come home. Pallavi targets Rhea on knowing her misdeed. She wants to know how could Rhea cross the limits of dignity. Aaliya meets Kohlis to create a big drama as she planned to secure Rhea. Aaliya meets Kohlis, Rhea, Prachi and Ranbir only to disclose a shocking fact. Pallavi tells Rhea that she never expected this from her.

Rhea innocently asks Pallavi what has she done. Rhea tells that she isn’t able to understand. Ranbir stands speechless, while Prachi asks them the matter. Prachi tells that she trusts Rhea. She asks Pallavi why is she so angry at Rhea. Pallavi can’t tell Prachi the truth. Aaliya speaks up to reveal to Prachi that Rhea and Ranbir were sharing the same room and the same bed, they were together at the resort to spend the night. Prachi receives a huge shock, just like Siddharth. Ranbir wants Prachi’s trust in the tough moment. What will be Prachi’s reaction to the shocking news? Keep reading.

Reviewed Rating for Kumkum Bhagya 16th October 2021 Written Update Prachi shocked: 3/5 This rating is solely based on the opinion of the writer. You may post your own take on the show in the comment section below.