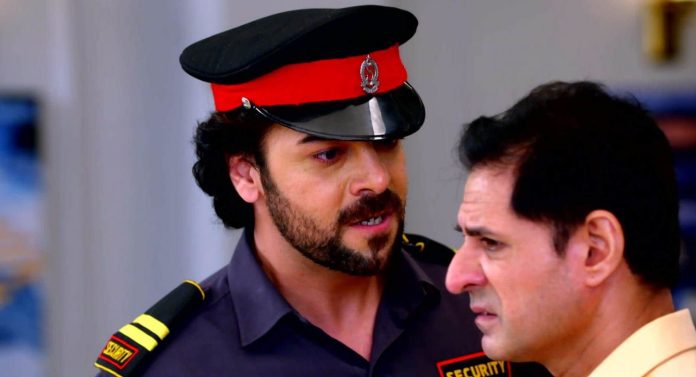 Kundali Bhagya 16th October 2021 Written Update Prithvi conquers Shrishti gets disappointed after Sandeep’s doctor tells her that Sandeep’s injuries are real and much more painful than she can imagine. She goes to tell Preeta and Sameer about it. They think they reached a dead end on their plan, and need to think of an alternate way to prove Rishabh’s innocence. Preeta, Sameer and Shrishti leave from the doctor’s house, when they fail to get any evidence against Sandeep. Prithvi keeps a watch on them. He takes a disguise of a security guard.

He comes out when he sees them leaving. He goes to meet the doctor and threatens him. He forces the doctor to follow his orders, if he wants his son to be save. He tells that he can easily kidnap his son from the school if the doctor dares to expose Sandeep’s fraud. He asks the doctor not to act smart or cheat him, else his son will disappear from the school. He asks him not to think of cheating him. He shows that that he is too dangerous. The doctor gets scared of him and begs him to not harm his son. Preeta and Shrishti head to Sarla’s house.

They meet Sarla and Karan there. Preeta tells that though they failed in getting an evidence against Sandeep, they will do anything to get Rishabh released. She tells that they are together, they will find some way out. She finds Karan tensed for Rishabh. She promises Karan that she will soon get Rishabh bailed out. Karan just wants his brother home. What will Preeta do to prove Rishabh innocent? Keep reading.

Reviewed Rating for Kundali Bhagya 16th October 2021 Written Update Prithvi conquers: 3/5 This rating is solely based on the opinion of the writer. You may post your own take on the show in the comment section below.