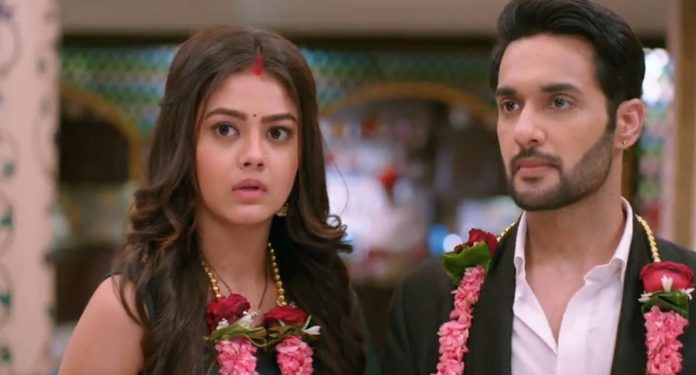 Molkki 18th October 2021 Written Update Purvi shocks Virender Arjun shocks Purvi by demanding her to marry him. She has agreed to marry him to get the evidences which could prove Virender innocent in the court. She refuses to Arjun at first, but seeing Virender in the clutches of Arjun, she gives up. Purvi has to bring Virender home and fulfill her promise. She sacrifices her marriage and love for Virender. She accepts Arjun’s demand for the sake of Virender. Virender gets released from the false case, after Arjun provided the required evidences to prove his innocent. Virender gets glad that he will return home to his family, but receives a big shock on coming home. Purvi declares that she has married Arjun and refuses to leave him.

Arjun asks Purvi to come with him. He tells that Purvi and he got married before Virender’s release. Virender experiences a moment of disbelief to her it from Purvi. He gets raged on Arjun. He asks Arjun to stay away from Purvi, else he will not spare his life. Purvi asks Virender to leave her husband. She tells that she loves Arjun, so she married him. Virender tells that she is his wife.

Purvi and Virender get into a huge argument. The family is also shocked to know about Purvi and Arjun’s marriage. She replies that she was just his Molkki, she doesn’t love him and doesn’t want to stay with him. She tells that she will go with Arjun. Arjun asks Purvi to take everything with her, even her kids. Virender bursts his rage at him, asking him not to mention about his kids.

Arjun reminds him that Virender has given the kids’ legal custody to Purvi himself. He wants to snatch Virender’s kids as well. He tells that he will be the guardian for his kids. Purvi is shocked, knowing it won’t be possible for Virender to part away his kids. Purvi loves Virender and her kids a lot. She is doing everything for their happiness and safety. She wants to protect them, but can she succeed? Will Virender know the real reason behind Purvi’s fake marriage? Keep reading.

Reviewed Rating for Molkki 18th October 2021 Written Update Purvi shocks Virender: 3/5 This rating is solely based on the opinion of the writer. You may post your own take on the show in the comment section below.