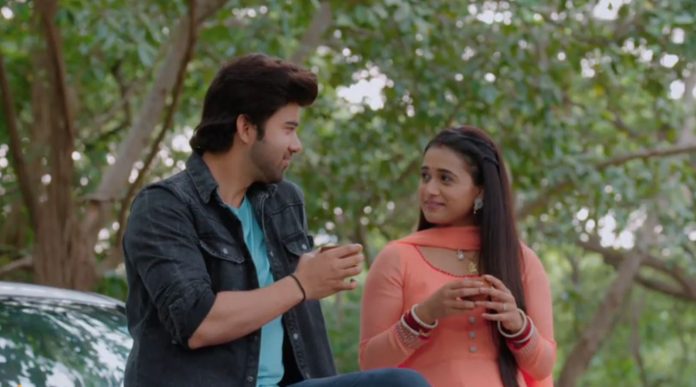 Sasural Simar Ka 2 20th October 2021 Written Update Simar Aarav in danger Badimaa berates Aarav for sending Vivaan to the toll booth instead him. He tells that he was leaving, but Vivaan told him that he will go there and handle the things. She tells that he has broken his promise and went against him just for Simar’s sake. She believes that her decision to oust Simar is right. Aarav apologizes to her. He tells that Simar always reminds him the promise to his Badimaa. He tells that he had sent Vivaan just to spend time with Simar. He admits his mistake. Badimaa asks him to bid a good bye to Simar and leave for toll booth work.

She tells that she has called Vivaan back. She wants Aarav to complete the work. She doesn’t want any excuses. Chitra asks Giriraj to call Rana and Mohit, tell them that Vivaan has gone to the toll booth instead Aarav. She informs Rana that her son has gone to the toll booth, he shouldn’t get harmed. Giriraj asks Rana to call Mohit and stop him. Rana assures that he will inform Mohit. Chitra tells that Vivaan’s love for Aarav irritates her. She prays that nothing happens to her son. Vivaan wonders why are the goons attacking her.

He doesn’t get network in his phone to call anyone in the family. Aarav leaves for the task. He misses Simar a lot. He gets surprised to see Simar in the backseat. He thinks he also started imagining Simar. She tells that she is really there. He asks her how did she come. She tells that she didn’t get any order to stay in the house, so she has come. Aarav gets happy with her decision. He thanks her for coming. He tells that he didn’t know that she is so naughty. He finds the moments spent with her priceless.

She tells that they have less time now, she wants to spend her time with him. He kisses her hand and tells that even he wants to be with him. Reema makes a love you card for Vivaan. She arranges a big surprise for him. Reema’s mum tells her that Vivaan is divorcing her and he is going to marry. Reema dreams of this happening. She doesn’t want to divorce Vivaan. She calls him. She grows worried for him. Vivaan struggles to save his life. Lalit tells Roma that his new job company will give him a house and a car as well, she will be living like a queen.

Roma gets glad. They face a problem at home. Mohit asks his goons to find Vivaan. Rana calls him to inform him about Vivaan. He asks Mohit to return home. He tells that the guy who reached there isn’t Aarav, but Vivaan. Mohit refuses to return home. He tells that he will not spare Vivaan, he doesn’t care for Vivaan or Aarav, both are from Oswal family. Rana fails to stop his rage. Aarav and Simar stop at a tea stall to have their last tea together. Vivaan reaches close to them. He wants to call Aarav for help. Aarav drops his phone in the car.

Vivaan realizes that this was a trap for Aarav. He wants to inform Aarav and seek his help. Chitra calls up Vivaan to know if he is okay. She asks why did he go there instead Aarav, when there is so much danger. Vivaan tells that danger is same for Aarav. She asks him to come home. He tells that he is coming. He realizes that the attack was planned for Aarav. He thinks Chitra already knew about the attack. His phone goes off. Vivaan sees Aarav leaving in the car. He shouts to Aarav, but couldn’t stop him. Simar tells Aarav about Vivaan’s missed calls. She calls back Vivaan. She tells that his phone is off.

She hopes that Vivaan reached home. She tells that their love is unique and special. She blesses them to always stay safe. Chitra is relieved that Vivaan is safe. Giriraj tells that he wants to see Vivaan once. They go to see Vivaan. They ask Reema if Vivaan has come back. Reema irritates them further. Vivaan knows that Aarav is going towards the toll booth. He rushes to stop Aarav. Chitra taunts Reema on seeing the divorce papers there. She insults Reema. Reema threatens to claim the half property in the alimony. She tells that she can do anything, but she will not divorce Vivaan. She tells them that she loves Vivaan, their divorce will never happen. Lalit and Roma find the water leakage. Their romance gets ruined.

Roma worries seeing the watery floor. Lalit tells that they have to dry clean the entire hall. Aarav informs Badimaa that he just reached the toll booth. He sees the trucks there. Badimaa asks him to inform her the updates. Aarav asks Simar to stay in the car. The inspector meets Aarav. Aarav tells that the trucks need to get released on time, else the goods will be damaged. He calls Vivaan to know about the challan. Vivaan hides from Mohit. He realizes that Mohit and his goons are going to kill Aarav. Mohit learns that Aarav and his wife have reached the toll booth. Mohit recalls his humiliation. He wants to kill both of them. Will Vivaan reach them in time and alert them? Will Simar be able to save Aarav and herself? Keep reading.

Reviewed Rating for Sasural Simar Ka 2 20th October 2021 Written Update Simar Aarav in danger:
5/5 This rating is solely based on the opinion of the writer. You may post your own take on the show in the comment section below.