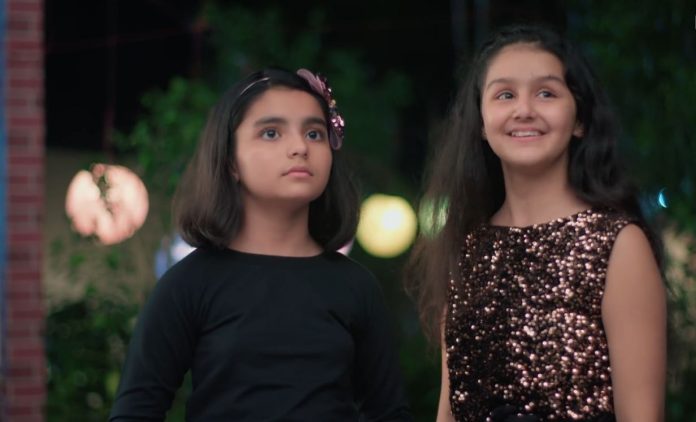 Yeh Rishta 20th October 2021 Written Update Aarohi turns insecure To stop Arohi from speaking more, Gayu takes her inside with her. Dadi asks Sirat about the mishap and Sirat tells her it was Sheela who spoke this and Akshu heard and confesses that she did not want to reveal the truth to Akshu in this way. Manish is very angry with Sheela for behaving badly with them and Sirat in the past and now with Akshu. He is worried that Sheela’s cheap mentality has made Akshu upset.

Suwarna and Dadi recall that Akshu had come to talk to them but they were busy at that time. Sirat is in a dilemma and is thinking about how to convince Akshu. Suwarna encourages Sirat to convince Akshu with love and not give up. She says that though Akshu came to know from the wrong person in a wrong way still Sirat can solve Akshu’s doubts. Surekha also motivates Sirat that she can handle Arohi and Sirat agrees to speak with Akshu.

Akshu is feeling abandoned and lonely. She is crying badly and angry with all her family members for hiding the truth that Sirat is her stepmother. Akshu gets thoughts that the family is not hers but controls her thoughts. Akshu wants to know about her real mother. Surekha gives hope to Sirat that all the family members together will handle Arohi as well. Sirat makes up her mind and picks up Naira’s picture to show to Akshu. She reveals to Akshu that Naira is her real mother but Akshu is confused because they both look exactly similar. Akshu says that it is Sirat in the picture. Sirat says that Naira is her real mother and they both share a similar face.

Sirat tries to explain to Akshu that they both look the same but have different personalities. Akshu wants to know about her real mother’s location and why she abandoned her daughter. Sirat reveals to Akshu that Naira passed away and now lives in the sky and points out to a shining star and calls it Naira. Akshu is inconsolable. Sirat says that it was her big mistake to keep this a secret and must have told her and Arohi the truth long back. Sirat decides to tell the whole story to Akshu. On the other hand, Arohi feels bad for Akshu that her real mother passed away and Akshu would feel bad about learning the truth.

Suwarna tells Arohi that Sirat will reveal the whole truth and make Akshu understand. Arohi has a lot of questions to ask. She asks if Kartik is their real dad and Akhilesh says that she is Kartik and Sirat’s real daughter and Naira was Kartik’s first wife and Akshu’s mother. Sirat sits down with Akshu and Arohi. They ask Sirat how Kartik and she met. Sirat says that it was Kairav who found her out and brought her to the Goenka house. Akshu asks Sirat if Kairav knew the truth from the start and Sirat says Naira made Kairav meet her.

Sirat explains to Akshu that the very first time she held Akshu in her hands was the day she became her mother and all relations are not of blood but some relations are made by heart which is as pure as theirs. Akshu is still sad that Sirat kept it a secret for so many years. Sirat explains to Akshu that she was very small to understand the truth and she had decided to tell her once she grows up to understand it. Sirat also says that she never wanted to make Akshu and Arohi feel unequal by her love or the truth and that is why hid it for years.

Akshu asks Sirat to tell all about Naira and Sirat promises her to tell her everything and also make her meet Akshu. Arohi tells Manish that Sirat is only her mother and Kairav and Akshu’s was Naira. Manish explains to Arohi that Sirat is now all three children’s mother and not otherwise. He asks her to remember this fact. Arohi agrees with Manish and volunteers to speak with Akshu as she is depressed. Sirat talks good things about Naira and how her name is kept Akshara which was her grandmother’s name too.

Sirat tells Akshu that Naira is her guardian angel and will always stay in her heart and nobody can shake her from that place. Akshu has a look at Naira’s other pictures. Sirat says that she has never or will never in the future regard Akshu as her stepdaughter because she accepted her as her daughter with all her heart. Sirat assures Akshu that though she is not great like Naira but her affection and upbringing will never be unequal towards her. Arohi makes Akshu understand that Kartik is their dad and Sirat can be their mother too and her love for us is unconditional.

Sirat agrees with Arohi and says that she loves all her three kids unconditionally and says that Kairav and Akshu came into her life and became valuable for her. Sirat tells Akshu that she will always remain her elder daughter and Akshu calls her mumma. Sirat asks Akshu to repeat it again and learn by heart. Akshu confesses to Sirat that she called her mumma by heart. Sirat and Akshu hug each other and cry.

Akshu reveals that Sirat looks like Naira by face and heart and that is why she will be her mother forever. Sirat is relieved and hugs Akshu. She tells her that she is her life and the most sensible kid of hers. Arohi looks at them. Akshu says that she came to know about her mother Naira who resides in the sky shining bright on her like a star, showering her blessings. Akshu asks Naira to shower blessings on Arohi too and tells her to quickly make a wish at the falling star.

Akshu wishes for her and Arohi to always stay together but Arohi thinks that she doesn’t want to share Sirat with anybody and she is her only daughter. Sirat gives an example of Ram and Lakshmi who were step brothers but still loved each other a lot and she advises Akshu and Arohi the same to love each other immensely as a sibling relationship is pious and clean. Sirat says to Arohi that elder sister is like a mother and that is why she must always be there with Akshu and support her even if she is not with them.

Akshu and Arohi say that Sirat will not go anywhere leaving them and she assures them that she will not go anywhere. Sirat asks them to go to sleep and sings Naira’s lullaby and they both sleep. The next morning, Dadi says to Sirat that she gave a good upbringing to Akshu which made her accept the truth in a sensible way. Sirat agrees with Dadi and says that Akshu is exactly like Naira and doesn’t believe in breaking relationships. Manish says that Akshu is Naira’s blood and that is why she is sensible but Sheela is shameless even at this age.

Suwarna tries to calm down Manish and says that the issue has been solved. Manish does not stop and asks Sirat what can they do if she comes to Goenka house and Sirat gives him the guarantee that Sheela will not dare to come here. Manish says that they have always kept her away by providing money and what more does she expect. He blames Sirat for not handling Sheela when she easily balances her family and career.

Sirat tries to make Manish understand that she has broken all ties with Sheela. Manish tells Sirat that he will regret one thing all his life that her family is very cheap though she is a very good human being and she couldn’t keep away the cheap mentality of Sheela from both her daughters. Akshu and Arohi listen to Manish telling that both the daughters will get the same upbringing but not the same blood. Akhilesh assures Manish that he might be wrong as their nature will be the same and he gives a reality check to Akhilesh that cheap blood will soon start showing its colors. Arohi and Akshu are watching the entire conversation with shocked expressions. Arohi gets angry and questions Manish on why he is speaking rudely with Sirat.

The next day Arohi sees Akshu sleeping beside Sirat with Akshu’s hand on her forehead. Arohi feels jealous and removes Akshu’s hand from Sirat’s forehead. Arohi smiles and kisses Sirat. Arohi thinks that Sirat is only her mother and not Akshu’s. How will Sirat handle the jealousy between Akshu and Arohi? Will the negativity break Arohi and Akshu’s pure relationship forever? Keep reading.

Reviewed Rating for Yeh Rishta 20th October 2021 Written Update Aarohi turns insecure:
2/5 This rating is solely based on the opinion of the writer. You may post your own take on the show in the comment section below.