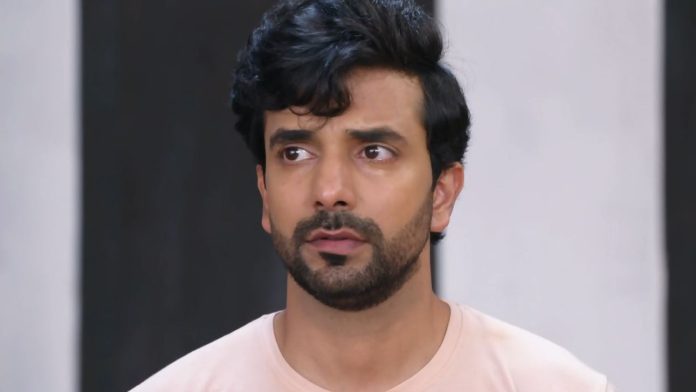 Kundali Bhagya 28th October 2021 Written Update Verdict for Rishabh Preeta tells something to the lawyer, while Prithvi tries to hear their conversation. He doesn’t get to learn anything. He hates the suspense. Even Sherlyn doesn’t know anything. She chooses Rishabh’s side, when she sees Prithvi in trouble. Preeta asks the lawyer to stop the court verdict and appeal to the court to give them a chance to present the witness and evidences. Kareena tells Bani that Rishabh will be proved innocent today and they will take him home.

Rishabh’s lawyer tells the court that he has solid evidences that can change the case completely and prove Rishabh innocent. He tells that the witness’ statement will completely give a new direction to the case. He calls Sandeep in the courtroom. Sandeep doesn’t come there. Prithvi thinks Sandeep backstabbed him by joining his hands with Preeta. Prithvi takes a step in desperation and kidnaps Sandeep. Prithvi’s lawyer Bakshi fighting for Sandeep tells about the latter’s disappearance.

Preeta, Sameer and Shrishti rush to find Sandeep. They meet Sudeepa and ask her about Sandeep. Sudeepa tells them that Sandeep was waiting outside the court for his call, but then he disappeared. Preeta worries that Prithvi has tried to harm Sandeep to stop him from giving a statement in their favor.

Preeta gets into the witness box when Sandeep goes missing and fails to come in the court to support Rishabh. She answers Bakshi’s questions. She presents the video evidence which she has in Rishabh’s favor. She tells the judge that he can clearly see in the video that Sandeep is walking on his feet, he isn’t injured as he pretended before to accuse Rishabh. She tells that the video is not morphed, its a real video. Bakshi tells that she can’t prove that the person in the video is Sandeep.

He tries to break her confidence. She asks him to prove that Sandeep can’t walk. She tells that she can prove that Sandeep is lying, he is able to walk on his own. Preeta can’t let Rishabh get punished. Preeta argues to Bakshi to fail his attempts. She reminds him what he told in the last hearing. She tells that he is wrong, Sandeep is cheating them, he isn’t injured, he can do anything that a normal person can go, he wasn’t attacked with a murder motive. Bakshi gets worried when Preeta strongly opposes his statements.

Preeta tells that Rishabh can never hurt anyone. She asks the judge to declare Rishabh innocent. The judge tells Preeta that the video will be sent to the forensic lab and its authenticity will be checked. He doesn’t give any verdict in Sandeep’s absence. The court gets adjourned until the next hearing. Poor Rishabh is taken back into custody. How long will the court case drag? Keep reading.

Earlier in the show, The Luthras wait for Rishabh at the court. They meet Rishabh. Rakhi hugs Rishabh and tells that he will be coming home today. They enter the courtroom. Kritika waits for Rishabh’s lawyer. Prithvi is conscious to know what’s happening. He finds Sherlyn and Rishabh sharing an eyelock. He doubts that Preeta has a plan, and even Sherlyn is up to something. Prithvi gets terrified when Preeta builds up the suspense by her silent stares. Judge tells the court that he will be declaring the locked verdict. Rishabh’s lawyer appeals the judge to hear him once, since he has an evidence that will change the case direction completely.

Also read Bhagya Lakshmi 30th October 2021 Spoiler: Lakshmi is super happy to celebrate Karwachauth with the family women and also the relatives. The women dressed in red sarees are all decked up. They perform the puja. The lady who was supposed to recite the Karwachauth story doesn’t turn up. Lakshmi tells them the story in detail, and leaves everyone impressed. Karishma finds Lakshmi winning Neelam’s heart. Rishi learns that Lakshmi has fainted down. He rushes home to feed her the water and break her fast. Malishka is afraid to lose Rishi to his wife Lakshmi.

Shukla tells that Rishabh will reach the jail, they will win until Sandeep is with them. Prithvi tells that they know the truth that Rishabh didn’t do anything, but Sandeep blamed him. He assures that Sandeep is with them. He tells how Preeta has scared him. Shukla tells that Preeta can never harm their plans. He advises Prithvi to keep Sandeep on his side. Prithvi asks him not to underestimate Preeta. He tells that he doesn’t want Karan and Preeta to make a team and defeat him. Prithvi comes out of the flashback, and realizes that Sandeep has cheated him, he has become a witness instead the victim.

Rishabh’s lawyer tells the court that Sandeep is the witness, he will come in the court and tell the complete truth of that night. Prithvi grows much worried. Sameer and Shrishti keep an eye on Prithvi and find him nervous. Shukla asks the judge why is he not finishing the case. Judge tells that no innocent person should get punished. Shukla asks how can Sandeep become a witness in Rishabh’s favor, how can he stand against his own self. He asks them if they made a joke of the court.

Prithvi tells Kritika that he is going to the washroom. He makes a leave from there. He can’t believe that Sandeep has changed sides. He doesn’t want him to back stab him. He calls Sandeep to confirm that he has changed his team. He stands outside the court to guard and catch Sandeep. Sherlyn reaches Prithvi and asks him the matter. He tells that he got trapped because of his overconfidence. They end up arguing. She tells that she doesn’t care for him. She goes back to Rishabh.

Kritika asks Prithvi why is he standing outside. He lies that he doesn’t like the courtroom drama. She tells that its great that Sandeep will give the statement in their favor. He asks her if its confirmed. She tells that Sandeep is on the way. He asks her to go inside, while he finishes a call and comes. He finds Sandeep coming to the court. Sandeep sees him and runs away. Prithvi follows him. He chases Sandeep till the moment he flees on the bike. He angrily slaps few people on the road. Prithvi follows Sandeep in his car. He doesn’t want to spare Sandeep. Shukla tells that Sandeep is getting blackmailed.

Rishabh’s lawyer asks him to prove it. Shukla tells that Luthras are rich and can manipulate any witness. Judge wants to hear out Sandeep once. He asks Shukla to question Sandeep when his turn comes. He asks them to call Sandeep. Preeta tells the lawyer that Sandeep didn’t come till now. She goes out to find Sandeep. He asks her to get him quickly, until he keeps Shukla engaged. Shukla tells that Sandeep didn’t come till now, Luthras have threatened Sandeep to not come to the court. The judge asks them to call Sandeep soon without wasting time. Sandeep finds Prithvi following him. He struggles to save himself.

Preeta tells the family that she left Sandeep and Sudeepa in the court’s back side. She wanted to protect Sandeep. They find something wrong when they get the fallen phone. Sudeepa meets them and reveals that Sandeep is missing. The Luthras get worried. They suspect Prithvi who can harm Sandeep. Sudeepa tells that Sandeep was so tensed and might have left to meet his mum. Preeta assures Rakhi that they will find Sandeep and get him back. Sameer and Shrishti go to find Sandeep. Preeta finds Prithvi missing. She wonders if Prithvi has gone after Sandeep. Keep reading.

Reviewed Rating for Kundali Bhagya 28th October 2021 Written Update Verdict for Rishabh: 4/5 This rating is solely based on the opinion of the writer. You may post your own take on the show in the comment section below.