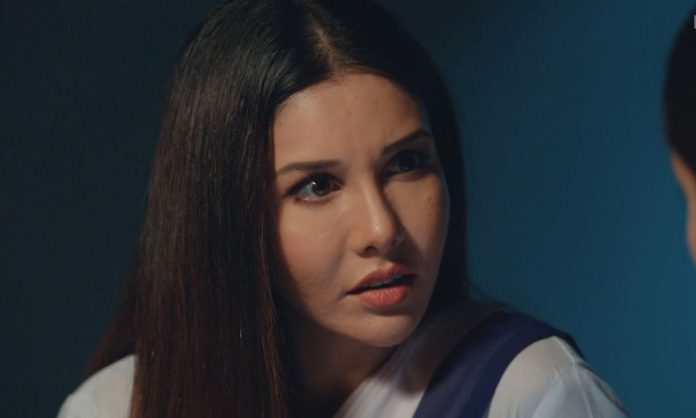 Yeh Hai Chahatein 27th October 2021 Written Update Mishka’s offer Preesha tells Armaan that she cannot return home and it’s better if everyone thinks that she is dead. She says to Aarmaan that they will leave India. Armaan gets happy by hearing this and says that it’s right for her and her upcoming child. He says that now Prisha Rudraksh Khurana is dead and a new Prisha will take birth. Armaan says to Prisha that this new Prisha will have nothing to do with her past and Rudra.

Prisha stops Armaan from hugging or touching her. Armaan tells Prisha they will go far away to Australia. He tells Prisha that she made the right decision and he will arrange for everything. Prisha makes an excuse to rest. While being alone, Prisha talks to herself and says that she knows how happy Armaan is right now. She also says that she is sure that Armaan is behind Sanya’s murder. Prisha further says that she returned to Armaan to know his reality and to find a proof to prove her innocence in Sanya’s murder. She thinks that after all this she will return to Rudra and inform him about her pregnancy.

Prisha thinks she won Armaan’s trust and now will find out his reality and expose him to the world. Back at Khurana house, a person named Rahul Khanna comes to meet Rudra. Sharda asks the person to come after sometime as it’s not the right time to meet him. Rahul replies that Rudra’s fans are waiting for his concert. He introduces himself as an agent from a music company. Rahul tells Sharda that many music companies are eagerly waiting to work with Rudra.

Sharda tells Rahul that Rudra will not be able to perform now. She takes him to Rudra and shows how broken Rudra is after Prisha’s death. Rudra is shown lost in Prisha’s memories, things and photos. Sharda asks Rahul to see how Rudra, lost in Prisha’s memories, will perform in a concert. Rahul tells Sharda that people are crazily waiting for Rudra to perform on stage. Sharda thinks it will be good if Rudra restarts his singing career. Saaransh asks Sharda why is Rudra sad and tells her a plan to make Rudra normal again.

Sharda asks Rudra to eat something as he hasn’t eaten anything for a long time. According to his plan Saaransh asks Sharda to cut his name from school in front of Rudra. Rudra gets shocked. Sharda tells him that Saaransh is stubborn like him. She tells that Saaransh says if Rudra will not work again, he will not go school. Saaransh says he will leave his education. He says if Prisha is not there he will not go to school. Saaransh asks Rudra if they will stop working and going to school in Prisha’s absence.

He tells Rudra let’s make Prisha sad by leaving work and school. Saaransh tells Rudra that he will not go to school till he restarts singing. He asks if he wants to see him and Prisha sad. Rudra agrees to have food and restart his singing career. He apologizes to Prisha for forgetting Saaransh in her absence. He promises Prisha in his thoughts that he will become Saaransh’s idol and take care of him properly. Rudra feeds juice to Saaransh. Armaan returns and Digvijay bombards him with a lot of questions.

Digvijay asks Armaan, why is he behaving weird and not returning home to console crying Anvi. He also asks Armaan why he is not sad or crying for Prisha. He further asks why he is selling all his businesses suddenly? Armaan tells Digvijay that he has no right on his businesses and to ask him anything. He asks Digvijay to think that whatever he is doing is for Prisha and to eliminate her pain. Digvijay thinks about how Armaan changed in one night. Prisha on the other side misses Rudra. She says someone else is also missing him. She thinks she just has to wait for some time.

Prisha feels suffocating and leaves to go outside but Armaan’s goons stop her. She asks them to call Armaan. They tell her that Armaan asked them to not let her go outside. Rudra meets Rahul Khanna at his house. Rahul informs Rudra that his show’s tickets sold out in just two hours. Rudra keeps a condition that he will sing under only Prisha records, which is his company. Rahul agrees to do this. Rudra thinks he will become Saaransh’s role model and keep him happy like Prisha used to.

A woman is arrested in place of Sunil (Sanya’s makeup artist). She shares her pain with Mishka who is seen present in the same cell as hers. She shocks Mishka by revealing that her boyfriend Sunil worked for Armaan Thakur. Mishka decides to get information about what happened behind her from this woman. Prisha gets angry at Armaan for keeping her like a prisoner. Armaan explains to Prisha that he is not allowing her to go outside as they are still in India and it’s risky if someone sees her alive. He shows Prisha the Australia tickets and tells her that they will be leaving from India in 10 days.

Prisha asks about Anvi. Armaan tells her that Anvi will too go with them and they will live like a family with her new baby in Australia. Prisha says that she wants to start her new life as soon as possible. Armaan tells her that he is in more hurry than her to start a new life with her and kids. Prisha thinks Armaan has no idea what she has thought to do with him. On the other hand, Rudra gets nervous and says he will not be able to sing. Rahul makes Rudra drink something. Rudra gets relaxed after drinking it and imagines Prisha. He talks to his imagination.

Prisha in Rudra’s imagination gives strength to Rudra to sing. Rudra picks his guitar. Sharda worries about what Rahul gave Rudra to drink. Arrested woman asks for food. Female Constable tells her that she will not get anything to eat till she tells the truth to her senior. Woman gets disappointed thinking what to say as she doesn’t know anything. Mishka offers her food secretly. She gets to know that the arrested woman is Sunil’s girlfriend Reshma. Mishka gets to know that Sanya is still alive, her murder was just an act.

Reviewed Rating for Yeh Hai Chahatein 27th October 2021 Written Update Mishka’s offer: 4/5 This rating is solely based on the opinion of the writer. You may post your own take on the show in the comment section below.