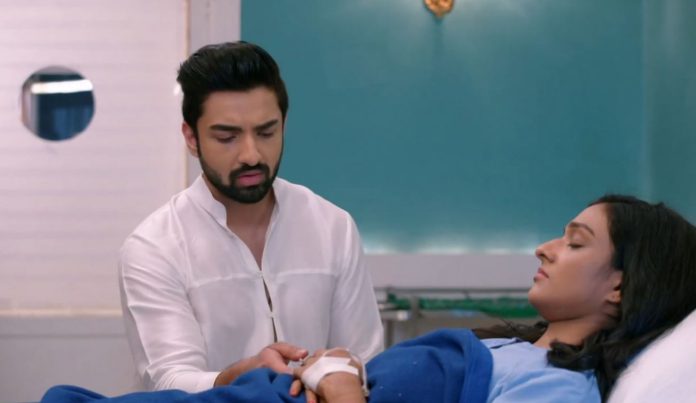 Bhagya Lakshmi 6th November 2021 Written Update Rishi chooses Lakshmi Rishi lifts Lakshmi when he doesn’t get a stretcher. He tells the doctor that Lakshmi is his wife, she fell into danger while saving him. Doctor asks him is he fine. Rishi tells that he is fine and take care of his wife. He wants to save her first. Neelam and Malishka are shocked to see Rishi’s behavior. Rishi takes Lakshmi to the ward. He asks the doctor will Lakshmi get fine. Doctor tells that it could be fatal for Lakshmi if the poison spreads in her body. He asks them to let him treat the patient. Rishi tells the family that he didn’t listen to Lakshmi when she asked him not to stay in the garden. Doctor tells them that the poison has entered Lakshmi’s body.

He tells that he started the treatment. He asks Virender how could he allow Lakshmi to do this. Virender apologizes. He asks doctor if she will get fine. Doctor tells that he can’t say anything, the poison may cause any harm to her body. Rishi meets Malishka. She tells them that she informed the family to save him, she was going mad in tension about him. She tells that she came running to meet him, but after coming here, she has seen him just concerned for his wife. She scolds him for just caring for Lakshmi. He tells that he still cares for Lakshmi, who extracted the snake poison from his body. He asks her to be thankful to Lakshmi.

He swears that he didn’t see her. He asks her to stop the drama for once. He calms her down. She sees him wearing the same ring. He tells that she is misunderstanding. She asks why didn’t he break the relation. She is upset that he fooled her. The family is worried for Lakshmi. Karishma tells that nothing will happen to Lakshmi. Virender rebukes her for joking on Lakshmi, and becoming stone-hearted. He tells that she has no feelings for anyone, Lakshmi is just a human and she is in danger. Doctor tells them that Lakshmi is still in danger.

Neelam is worried for Rishi. Doctor tells that Rishi is fine all thanks to Lakshmi. She asks him to examine Rishi once. Virender sends the doctor to Lakshmi. He berates Neelam for still being so insensitive towards Lakshmi. He asks her to stop the nonsense, she is just self-centered, and concerned for her son, when she can see that Rishi is fine and Lakshmi is in danger. He gets disappointed with her. She warns him to talk well with her.

Virender reprimands Neelam and Karishma. He tells them that everybody will care for Lakshmi and give her love and blessings. Malishka asks Rishi to stop his drama. He asks her to listen to him once. She declares that their relation is over, everything is finished between them. He asks her to give him a chance. She breaks up with him and leaves. He stops back since Lakshmi needs him. He runs to see Lakshmi. Ayush is glad that Rishi didn’t run after Malishka. Neelam tells that she understands Virender’s love for Lakshmi.

She adds that no one is important to her than Rishi. She asks him not to stop her from loving Rishi. He tells that he also loves Rishi. He asks her to care for Lakshmi. Rishi learns about Lakshmi’s critical state. He hugs Virender and sheds tears. Rishi goes to see Lakshmi. His heart cries for her. He apologizes to her. Malishka gets mad on herself that she had to end the relation with Rishi. She thinks she can’t trust Rishi. Doctor tells Rishi that Lakshmi will get stable once she gets conscious. Rishi prays for her recovery. He makes an apology. He tells her that she really matters to her.

Reviewed Rating for Bhagya Lakshmi 6th November 2021 Written Update Rishi chooses Lakshmi: 5/5 This rating is solely based on the opinion of the writer. You may post your own take on the show in the comment section below.