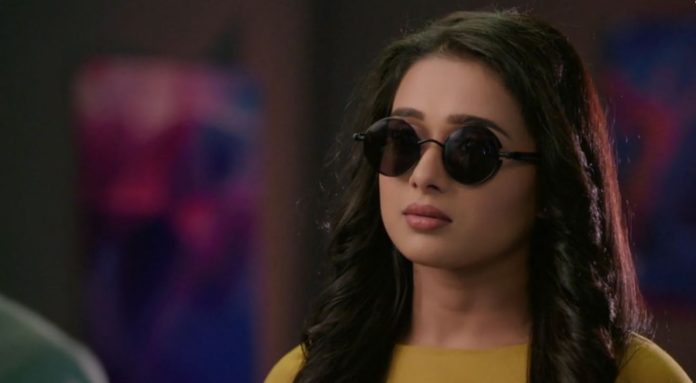 Sasural Simar Ka 6th November 2021 Written Update Simar New avatar Reema burns the family picture of Oswal family. She tells that she will ruin Aarav and take the revenge for the slap. She wants to distribute the pain in the entire family equally. She gets angered. She tells that she is the bahu of the house, she isn’t going anywhere even if Vivaan wants. Aarav misses Simar. Sandhya finds him having tea. She asks him why is he drinking tea when he drinks black coffee always. Simar drinks coffee while she likes to have tea. She tells her dad that she will have black coffee from now. Aarav tells that he will have tea from now.

Badimaa asks him to discuss about the work. Aarav tells that he has meetings lined up today. He apologizes to her. Sandhya tells Gajender that she is worried for Aarav, he isn’t able to express anything. Gajender tells him that she has to stay strong to keep Aarav strong. Badimaa overhears them. Yamini calls Simar and asks her to go for the singing audition. She wants Samar and Simar to work together on the project. Samar scolds the girl who doesn’t sing well. The girl tells him that he doesn’t know anything about music.

He tells her that she doesn’t know music and tunes, it looks wrong if the tune is sang on a wrong note. She calls him arrogant. He mentions her mistakes. Samar and that girl’s argument gets seen by Simar. Samar sings the song to show the girl what is true music. The girl also likes his singing and claps for him. She apologizes to him and asks for another chance. He tells her that she can’t get another chance.

Simar also likes his singing and music. She finds him perfect. He asks the girl to learn perfection and come. Simar goes after Samar. She tells him that his singing is magical. He asks her who is she. She asks for his autograph. Aarav happens to come there and watches their argument. Yamini also arrives. Samar tells that he is very busy. Simar tells that she has come for an audition. Samar asks her how did she come, if she knows nothing about fusion music. Samar goes, but angers Aarav.

Yamini stops Aarav. Aarav tells that Samar has insulted Simar. Sheasks him to control his anger. He tells that he wants to fulfill Simar’s dreams and see her happy. She tells that just Samar can take Simar to the huge heights, Samar knows to see the real talent. She asks Aarav to keep his terms and conditions in front of Samar and get him into control. She reminds Aarav that he is the producer of the album. Aarav understands her. She wants him to always have this fire in him, which will burn Gitanjali’s rigid principles.

Simar meets Yamini at her house. Yamini tells that she will scold Samar. Simar tells that Samar is a good composer, if he rejected her, then maybe she has something lacking. Yamini asks him if she doesn’t believe her, and just believe a stranger’s opinion. Aarav meets Simar at Yamini’s house. Yamini stops Aarav from revealing anything to Simar. Simar thinks she is imagining Aarav. She closes eyes. Aarav disappears from there. Yamini acts pretends like Aarav didn’t come. Simar thanks Yamini for showing her a way.

Reviewed Rating for Sasural Simar Ka 6th November 2021 Written Update Simar New avatar: 5/5 This rating is solely based on the opinion of the writer. You may post your own take on the show in the comment section below.