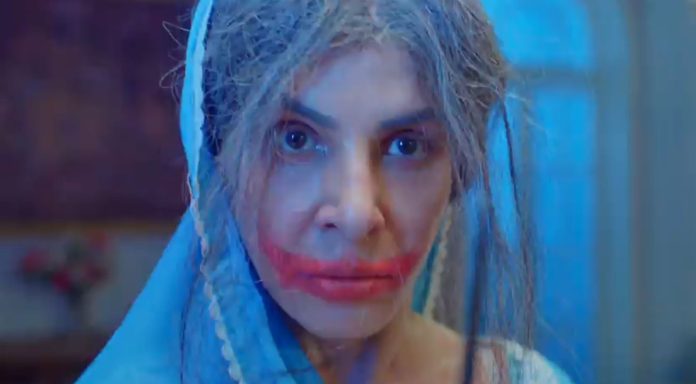 Choti Sardarni 8th November 2021 Written Update News for Kulwant Seher makes Kulwant sleep. Bitu and Rana argue with each other and Seher calls them Mamaji. Kulwant is surprised but Seher changes the topic. Bitu and Rana ask Kulwant about lying to Seher and she replies that she is doing it for Seher’s betterment. Kulwant says that Harshdeep is a cunning woman and Seher is not aware of it. She decides to tell everything to Seher at the right time. Bitu suggests Kulwant to tell the truth to Rajveer but ends up getting slapped by her. Kulwant warns Bitu that if Rajveer comes to know then he will surely tell Seher as she has seen love in Rajveer’s eyes for Seher.

Kulwant tells Bitu and Rana that they will attack Harshdeep directly and as Seher’s face is similar to Mehr she will do something good for Seher. Kulwant feels that if she does good then Meher’s soul will get happy. Kulwant becomes emotional and Bitu and Rana pacify her. Kulwant decides to teach Harshdeep a lesson which she will remember forever. Kulwant purposely irritates Harshdeep with her antics. Rajveer asks Bitu and Rana to make themselves comfortable. Kulwant asks Seher to make her grandmother quickly so that she can make her child eat butter. She also says that she will allow only her and Sarabjit to touch the child.

Kulwant tells Harshdeep that she has come to know that Harshdeep is eyeing on Mehr’s first child. Harshdeep says that they will both bring their child to her as she has lost Sonu a few years back. Kulwant asks Harshdeep why she waited so long as she could adopt another child. Harshdeep says that blood relations matter. Kulwant pampers Sarabjit and tells Harshdeep that he is also her own blood. She adds that Sarabjit is the younger brother only then why does she need their child. Seher distracts Kulwant and asks her to have food as they have to go to Gurudwara after it.

Harshdeep gets up from the table without having breakfast. Kulwant asks her to have food but Harshdeep says that her hunger has gone due to her taunts. Sarabjit goes after Harshdeep. Seher tells Kulwant that she should have not spoken to Harshdeep like this. Seher reminds Kulwant that she has already decided to give away her child to Harshdeep. Karan gets emotional seeing Mehr, Sarabjit, and Kulwant’s picture. Param tries to pacify Karan but he says that Seher and Param are very lucky that Kulwant recognizes them both and not him. Param promises Karan that when all three of them will take care of Kulwant she will recover very fast and everything will be fine then.

Seher offers prasad brought from Gurudwara to Param and Karan. Kulwant lovingly sees the house and asks Karan and Param if it’s their mansion. Param asks Kulwant to consider it as hers. Param tells Seher that it is strange that Kulwant remembers Meher and Sarabjit but not their house. Seher says that she had spoken to the doctor and was told that Kulwant remembers only certain memories of her past and nothing else. The trio see Kulwant behaving like a child and get emotional. Seher encourages Karan and Param to join hands and cure Kulwant.

Kulwant sees Param, Karan, and Seher hugging each other and blesses them. Seher asks sorry from Rajveer over Kulwant’s behavior with Harshdeep. Rajveer says it’s alright and that he has convinced Harshdeep as Kulwant is not well. Rajveer tells Seher to watch a horror film with him. Seher agrees. They both decide to hug each other and express their love. Rajveer gets scared and goes closer to Seher. Harshdeep decides to find detailed information about Kulwant. Harshdeep pledges to snatch Seher’s child from her and Kulwant. Kulwant listens to Harshdeep’s words and gets an idea.

Rajveer is extra scared by watching the horror movie and jumps here and there. Seher is irritated by his actions and tells him not to shout like this. Rajveer is about to express his love to Seher but the movie unmutes and they get engrossed again. The doctor feels that Harshdeep is wrong when she tells him to keep the baby safe and kill the mother. He calls Seher but gets killed before he could tell her anything. Seher and Rajveer indulge in bitter-sweet banter. Harshdeep gets to know that the doctor is killed as he was about to leak her secret. Rajveer and Seher have a romantic moment while dancing with the kids. Kulwant comes to know about a big conspiracy. What will Kulwant do now? Will she be able to unmask Harshdeep and save Seher from her clutches? Keep reading.

Reviewed Rating for Choti Sardarni 8th November 2021 Written Update News for Kulwant: 5/5 This rating is solely based on the opinion of the writer. You may post your own take on the show in the comment section below.