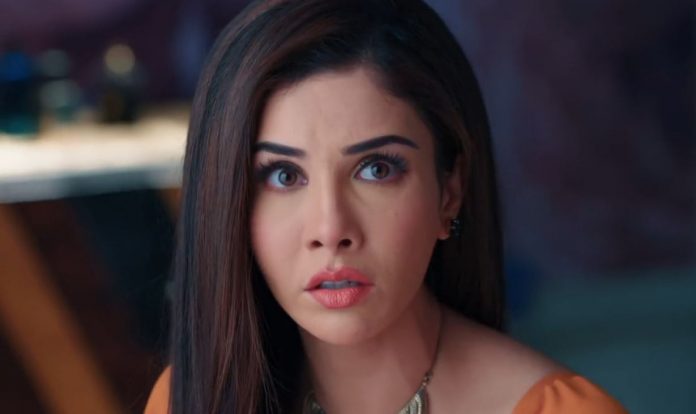 Yeh Hai Chahatein 15th November 2021 Written Update Mishka’s secret Mishka reaches Param’s house to meet Vidhi with a gift for her. Param asks her the reason behind her arrival at his house. Mishka replies that she thought if they will spend time with Vidhi, the latter will feel better. Param asks Mishka to meet Vidhi in her room. Mishka tells Parama that she asked him too to spend time with Vidhi with her. Param says he doesn’t have time. Mishka asks Param if he works on Sunday too? Param asks her if she is questioning him or telling? Mishka requests Param to spend at least Sunday with Vidhi. Param again says that he doesn’t have time even on Sundays and work is important to him.

Mishka asks Param if his work is more important than Vidhi too? Param replies that he and Vidhi both don’t enjoy each other’s company. Mishka asks Param toa accept that he doesn’t like Vidhi’s company. She tells him that Vidhi needs his time, affection and care. Mishka apologizes to Param for crossing her limits and interfering in his family life. She tells Param that she understands his pain of losing his brother and sister in law. Mishka asks Param to understand that Vidhi didn’t decide her parents’ death. She gets angry at Param for not showing maturity and thinking like an old thinking person.

Mishka explains to Param that little Vidhi is giving him space and demanding nothing like a mature person. She asks Param to learn from Vidhi. Param asks her if she finished her lecture. Mishka gets angry and calls Param useless. She leaves for Vidhi’s room. Mishka enters Vidhi’s room and shows her the gifts she brought. Sad Vidhi tells Mishka that they will play some other time and apologize to her. Mishka in her thoughts feels sorry for Vidhi and thinks to do something to make her happy. Rudra and Prisba reach GPS and Vasudha’s location. Rudra hugs GPS and tells the latter that he handled Venky properly.

Prisha asks GPS to not feel guilty of hiding Venky from her and Vasudha. She calls GPS the best father. GPS says he can’t be a good father after hiding Venky from the family. He asks Prisha how will they hide Venky from Vasudha as if she meets Venky, problems will increase. Rudra, Prisha GPS get shocked to see Vasudha with Venky in the latter’s ward. Vasudha tells Venky that his mother is with him. She stops GPS, Prisha and Rudra to enter the ward. Vasudha doesn’t let Rudra and Prisha speak in GPS’s favour. She tells GPS that she gave him a place after god in her life. Vasudha asks him why did he hide Venky from her.

Vasudha also accuses GPS for keeping an illegitimate relationship with Radha Murthy. She also gets angry at Prisha for hiding such a big thing from her. Prisha tries to explain the situation but Vasudha warns her to shut down. Rudra tries to calm Vasudha. Vasudha blames Prisha for supporting GPS in bad things like his affair with Radha. She introduces Radha Murthy and accuses GPS of having an affair with her. She taunts Radha for being in an affair with GPS. Prisha shuts her down and asks her to understand the real truth first. She tells Vasudha that Radha Murthy is Venky’s doctor who kept him alive till now.

Prisha explains to Vasudha that GPS is not having an affair with anyone. She continues explaining that GPS alone suffered a lot in years. Prisha tells Vasudha the whole story of how Venky got rustiated from his college and what led him to the mental health clinic. Vasudha apologizes to GPS. GPS tells Vasudha that he is an unfortunate person who was sad to lose a son and scared to lose a wife. He tells Vasudha he never intentionally wants to hide anything from her. GPS explains to Vasudha that Venky got saved and his health is improving because of Dr. Radha only. He thanks Dr. Radha for her help. Dr. Radha says it’s her duty to save her patients and calls GPS her brotherly figure.

Vasudha apologizes to Dr. Radha. Prisha thanks her. Rudra receives a call from Mishka, who tells her that Vidhi is not feeling happy even after her lot of efforts. She asks him to suggest something. Rudra tells Mishka to throw a birthday party for Vidhi’s mom to make Vidhi happy. Mishka praises Rudra’s idea. She asks Rudra what about Param. Rudra replies that he will bring Param himself. Mishka thinks to Vidhi somewhere else for surprise party. GPS introduces Dr. Iyer as Dr. Radha’s brother. Vasudha asks Dr. Iyer about Venky’s condition. Dr. Iyer replies that Venky is a lot better than earlier. He says that Venky has to be in the clinic only for sometime.

Vidhi and Saaransh start leaving for the latter’s room. Mishka stops Saaransh and asks his help to keep Vidhi busy with him as she is planning a surprise party for her at her home. Saaransh agrees to help Mishka. Saaransh calls Mishka good and asks her to always be a good person like this. Mishka gets emotional and kisses Saaransh’s forehead and she promises him that he will always be good.

On the other side, Prisha and Rudra discuss about Venky. They pray for him to get well. By mistake Rudra blurts that he hopes Venky doesn’t turn out evil as Mahima. Prisha gets angry. Rudra apologizes to her. Prisha says she wants to know and meet the girl who did wrong with Venky and trapped him in false charges. Mishka calls Rudra and informs the latter that she organised the whole party and is ready to take Saaransh and Vidhi to the venue. Rudra asks her to take Prisha too as he will bring Param with him.

Prisha asks Rudra if he will keep any party. Rudra explains to Prisha that they held a party for an extremely sad Vidhi. Prisha says she thinks that Msihka has changed and will look good with Param. She suggests Rudra to help get Mishka and Param together. Mishka and Saaransh on the other side makes Vidhi happy by surprising her with party arrangements organised for her mother’s birthday. Prisha too arrives there. Saaransh tells her that he told everything about her mother’s likings to Prisha and Mishka. Vidhi cries and hugs Prisha and Mishka. Prisha and Mishka make Vidhi play with Saaransh. They wait for Rudra to bring Param.

In the next episode, Prisha will ask the doctor, how is Venky. Doctor will tell Prisha that Venky is better after meeting his mother. Prisha will try talking to Venky and receive a call from Mishka. Venky will see Mishka’s picture on Prisha’s phone and get scared. Everyone will wonder what scared Venky.

Reviewed Rating for Yeh Hai Chahatein 15th November 2021 Written Update Mishka’s secret: 3/5 This rating is solely based on the opinion of the writer. You may post your own take on the show in the comment section below.