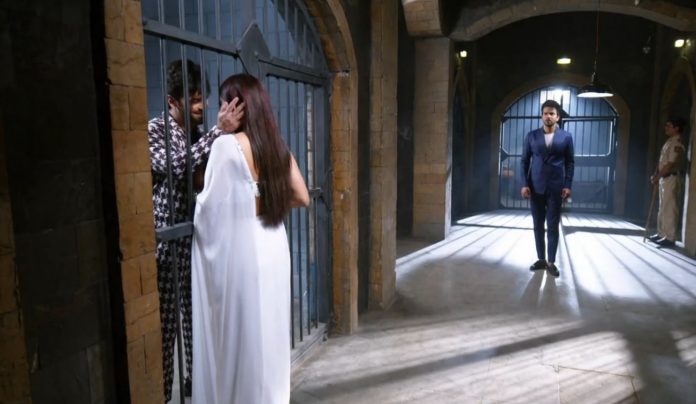 Kundali Bhagya 23rd November 2021 Written Update Shaking truth Rishabh hires a cab, and leaves his car on the roadside. He tricks Sherlyn. He determines to know her truth somehow. Sonakshi wants her place in the Luthra house. She grows mad seeing Karan and Preeta together. She feels its difficult to make Preeta out of Karan’s life. She is irritated by the harmony observed in the family. She wants to disturb the family peace by hurting Preeta. She finds one way to hurt Preeta, that’s by using Pihu.

She thinks to prove Preeta as a bad mother for Pihu, so that the family accepts her as Pihu’s mother. She wants to tell Pihu that she is her real mother. She doesn’t want anyone to get angry on her. She plans to reveal the truth in a way that everyone praises her for the good move. Prithvi meets his lawyer and thanks him for the efforts. Lawyer asks him to thank Sherlyn, who is fighting their enemies. He tells that Sherlyn asked him to save Prithvi at any cost. He calls Prithvi lucky to get such a true lover. Prithvi agrees with it.

Sherlyn meets Prithvi. He tells her that she is doing a lot for him. Rishabh tells the Inspector that he came to meet Prithvi. Inspector stops him by telling that Prithvi is already meeting his lawyer and a lady. Rishabh tells that he has come to meet that lady. Lawyer tells that he has received the money for Prithvi’s case. Rishabh reaches Prithvi, and finds Sherlyn confessing love to Prithvi. He is shaken up by the truth. What will Rishabh do now? Keep reading.

Reviewed Rating for Kundali Bhagya 23rd November 2021 Written Update Shaking truth: 2/5 This rating is solely based on the opinion of the writer. You may post your own take on the show in the comment section below.