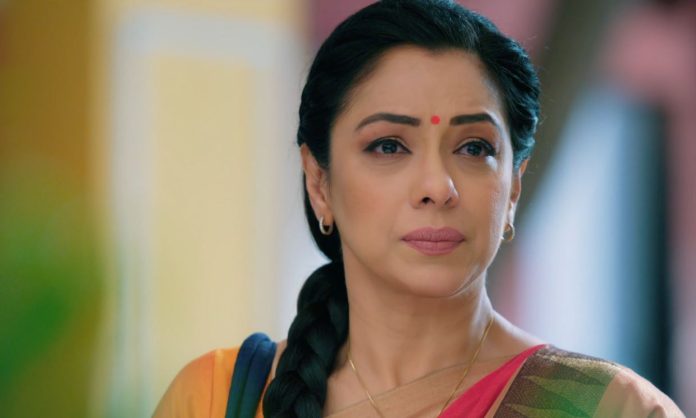 Anupama 27th November 2021 Written Update Remarriage Kavya tries to talk to Vanraj. He is much upset with her. He doesn’t want to talk to her, after all she broke his heart. She tells that Leela ousted her from the room, but she has controlled her anger just for his sake. She tells that she will handle his family. She doesn’t want him to behave so cold with her. He goes for an interview call. Anuj’s love gets valued by Anupama. She realizes his patience. Anuj and Anupama finish their meeting, and then discuss their lives. He tells that they often celebrate the destination, they shall celebrate the journey as well, this way they can get much happiness in their lives.

She likes to spend time with him and listen to his charming talks. He tells that small celebrations should always be there. He asks her to order the special milkshake for them. She wants him to order for her. She tells that she doesn’t have a habit of visiting restaurants. He asks her to order, and do whatever she didn’t do till date. He encourages her. He asks her not to see the prices, but the items. He laughs when she reminds him of his mom. He tells that he will make a different menu for ladies in their hotel, they will give first priority to the ladies and give them a deserved respect.

She calls it wrong that he is sacrificing his wishes for her. Anuj takes her to Pakhi. She realizes that he is always available for her needs. She feels much guilty. Devika waits for Anupama. Anupama apologizes to Anuj for wasting his time. He tells that Pakhi’s work was important, so the time didn’t get waste. Devika shocks them by falling over the windscreen. Anuj and Anupama meet Devika. Devika asks him to stay back for some time. He tells that he has to attend an important meeting. He rushes to go, and this leaves Anupama really upset. Devika asks Anupama not to lie to her, and tell her the matter bothering her.

She knows that Anupama is thinking about Anuj. Anupama tells that it should have not happened. Devika is happy that love has happened. Anupama shares her guilt that Anuj is troubled because of her family issues. She knows that Anuj loves her, but she can’t burden him with her issues. She tells that she is taking an advantage of Anuj’s goodness, Anuj has saved her son and also stood for her respect, he left his meeting and went to Pakhi’s school today, he does so much and doesn’t count any favor. Devika tells that friends are to help in need. Anupama wants to not come between Anuj and his work.

She feels she is at the beneficial side and he is at loss. Devika tells that friendship gives rights on their problems. Anupama doesn’t want friendship to end by her never-ending problems. Devika asks her not to be so great. She tells that Anuj likes to help her and be with her, because he loves Anupama, and he is all alone. She tells that Anuj may be finding happiness by helping her. She asks Anupama if she won’t help Anuj if he needs her. She explains the terms of friendship, it doesn’t have any deal.

Kinjal and Paritosh get into an argument. She wants him to find a job for himself. She tells that she wants peace, she has a problem with his attitude, she doesn’t want to live with him. He gets angered and decides to live her alone. Devika tells that she can also fight Leela for Anupama’s side, because she is her friend. She asks Anupama if she loves Anuj, that she is thinking so much for him. Anupama asks her not to tag her worry as love. Devika asks her not to call her love a worry. She wants Anupama to accept. Anupama tells that she just loved Vanraj and now she can’t love anyone else.

Devika asks her to know that nobody can stop the fate from happening. She advises Anupama to listen to her heart and leave the rest on Kanha. Leela invites Anupama home. She wants to go to the temple with Anupama. Kavya asks Leela not to plot against her. She lectures Leela. She asks Leela to take her permission before inviting Anupama again. She tells that its her house, she will decide everything. Hasmukh and Leela value Anupama, on seeing Kavya’s upsetting behavior.

Hasmukh remembers their 50th marriage anniversary. She tells that she doesn’t want to celebrate, there is much annoyance in the relations, Kavya won’t let them celebrate this time. Hasmukh and Leela to forget the celebrations. He asks Leela to make halwa for them. They decide to visit the temple and spend the day. Anupama overhears them. She suggests the family that they will get Hasmukh and Leela remarried on their marriage anniversary day. Vanraj agrees to Anupama’s suggestion, which leaves Kavya upset. Vanraj threatens Kavya that he will take his family and leave the house if she wants.

Reviewed Rating for Anupama 27th November 2021 Written Update Remarriage: 5/5 This rating is solely based on the opinion of the writer. You may post your own take on the show in the comment section below.