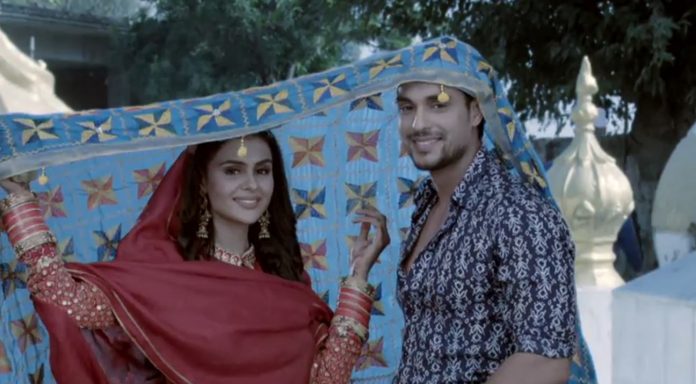 Udaariyaan 30th November 2021 Written Update Revelation Jasmin goes back to Virk house after hurting the Sandhus with her emotionally torturing words. She doesn’t care for anyone. She puts the entire blame of her evil deeds on her family, stating that they taught her the wrong doings. She doesn’t remember that the same family gave the same values to Tejo, who value the family and relations a lot. Jasmin and Fateh bid a farewell to the Virks, and leave them in tears. Fateh is sorrowful to see his family crying, while Jasmin behaves too selfish to just focus on herself. She is very excited for the Canada trip. She asks Fateh not to make it late.

Rupy is shocked to know that Tejo and Angad did a drama and faked their engagement. Tejo tells that she didn’t wish Fateh and Jasmin’s marriage to happen without the elder’s blessings and presence, so she had taken the help of Angad to plot the fake engagement drama and convince the elders to attend the marriage. Rupy feels guilty on knowing another of Tejo’s big sacrifice. He praises his daughter’s big heart, but realizes her pain as well. What will be Fateh’s shocker for Jasmin? Will Fateh’s revelation be more dramatic and bigger than Tejo’s revelation? Keep reading.

Jasmin is really happy that she has got Tejo’s room finally. She tells that she worked hard to make Tejo leave the room, and now she has got the room for Fateh and herself. She rejoices and thinks its a big victory for her. She tells that Tejo has still left the bindis on the mirror. She hates to see anything that belongs to Tejo. Fateh meets her and tells her that she should be happy that he fulfilled all her dreams. Jasmin tells that she is really happy and has no complains about him. She hints him about their marriage consummation. Fateh avoids her politely stating that they have a flight to catch early in the morning, they both need good rest and then they will be landing in Canada.

He also reasons that he doesn’t want to start a new life in the same bedroom, where he had been with Tejo. He tells her about the surprise again, and readily agrees to his decision. He asks her to sleep. She is very excited to go to Canada and find out his other surprise. Fateh gets distant from Jasmin. He goes on the terrace and cries on his fate which got tangled between Tejo and Fateh. Tejo is equally sorrowful like him thinking of Fateh’s final departure. She didn’t know that she won’t be seeing him forever. She never expected his decision to leave Virks and go abroad with Jasmin. Tejo regrets his decision. Jasmin wakes up with a big aim to accomplish her dreams by rushing to the airport and boarding the flight. She behaves insensitive towards the Virks, which upsets Fateh, but he doesn’t speak a word against Jasmin.

Ruby finds Tejo crying and advises her to move on in her life, and think of herself, her own dreams and happiness. He doesn’t want her to cry over the past. He asks her to forget Fateh and the past. Tejo doesn’t think its possible. She tells that her family is her everything. He asks her to just live for herself from now, her fate is still in her hands, she can stay happy if she thinks of herself and her dreams. He encourages Tejo. Fateh cries that he will be going away from his family. He thinks of Tejo and also his family.

He finds his parents sinking in sorrow and tears. He regrets to hurt them so much. He thinks of his life in the village and in the family. Gurpreet is afraid that Fateh will go too far from her. Khushbeer doesn’t want her to cry. He tells that Fateh will die for them if he leaves. He finds his entire family crying in sorrow. He regrets a lot. He wants them to look after each other. He tells that he wanted this to happen and he has to stick to his decision. Jasmin finds the dhols playing in the morning and thinks its Fateh’s surprise.

Virks bid a bye to Fateh and Jasmin. Fateh tells that he didn’t arrange any dhol. She tells that its Sweety’s surprise. Jasmin shamelessly dances in front of them, and gets bored later on when she finds him emotionally meeting his family for the last time. Fateh receives love from his family. Tejo and Sandhus also arrive to bid them bye. Jasmin irritates them telling that its her real bidaai happening today. Fateh meets the Sandhus as well. He apologizes to them. Khushbeer asks him to just rush, else he will miss the flight and Jasmin’s dreams will break. He wants Fateh to leave soon.

Tejo and Fateh have a moment. She stops him to wish him a happy journey and happy future. Tejo wishes that Jasmin stays happy. She asks Jasmin to handle her house well and take care. Jasmin wishes her for her marriage in advance. Tejo is left in tears. She breaks down seeing Fateh leaving. Fateh understands her pain. Jasmin dances further before leaving with Fateh. She asks Fateh not to make a sad face and come. Fateh feels heartbroken. He leaves with Jasmin, while Tejo weeps for him. Stay tuned.

Reviewed Rating for Udaariyaan 30th November 2021 Written Update Revelation: 3/5 This rating is solely based on the opinion of the writer. You may post your own take on the show in the comment section below.