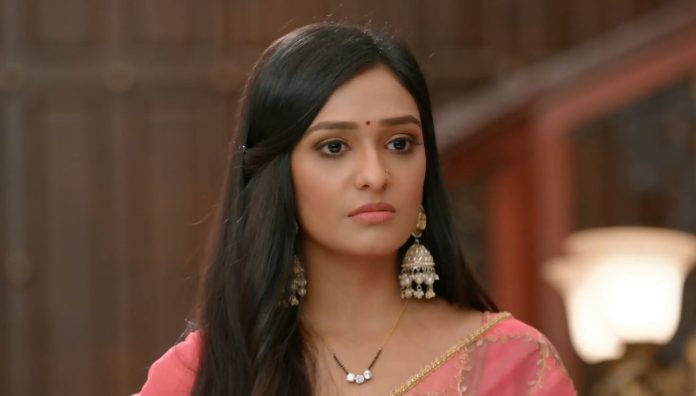 Bhagya Lakshmi 2nd December 2021 Written Update Confused Lakshmi Kiran and Abhay have an argument about Malishka and Viraj’s alliance. He tells that Lakshmi also finds their pairing good. She tells that Malishka loves Rishi. He replies that Rishi is Lakshmi’s husband, he will never come back to Malishka. She tells that Malishka will get her love. He feels that Rishi is fortunate to get Lakshmi in his life, else Malishka would have controlled him on the name of love. He wants Rishi and Lakshmi to stay together. He tells that Lakshmi is really a nice girl, he has prayed that nothing goes wrong with her, she should stay well with Rishi.

She asks Malishka to show her happiness to everyone. She takes Malishka to Viraj. She asks him to ask Malishka’s answer. She asks Viraj if he didn’t say it to Dadu. Lakshmi asks her to tell everyone that she is happy with the relation. She gives them the good news that Malishka has given her consent for the marriage. Dadu and Abhay hug. Ayush happily hugs Shalu. Viraj thanks Malishka. Rishi and Malishka feel helpless when Dadu announces Viraj and Malishka’s roka. He invites everyone. Rishi gets upset.

Later, Rishi and Lakshmi return home. Lakshmi cares for the family. She calls Ayush and asks if he has dropped Shalu. She asks Ayush to drive carefully. Ayush gets emotional. He thanks her. Shalu asks him is he okay. He feels lucky that Lakshmi has become a family member, she is the best, she cares for everyone. He likes her affection. Shalu tells that she likes him sometimes. He tells that even he likes her sometimes. Malishka loses her temper. She calls Viraj. He asks her the matter. She tells that things have gone ahead too quickly. She gives her consent. He tells that Lakshmi told everyone about it already.

She asks him not to take Lakshmi’s name. She wanted to give the news to everyone. She tells that she has agreed for the marriage because of Rishi. He tells that he has agreed because of Lakshmi. He thanks her. Rishi wants to call Malishka and ask her to refuse for the marriage. He realizes that she blocked his number. Rishi wants to reach her somehow. Malishka expects his call. She remembers his foolishness. She disconnects the call. Rishi feels he didn’t keep his promise to Malishka and disappointed her.

Meanwhile, Lakshmi meets Rishi. He is tired of lies. Lakshmi removes Rishi’s shoes, thinking he has fallen asleep. Rishi tells that he isn’t sleeping. He asks her not to care for him so much. She tells that its her habit to care for everyone. He feels he doesn’t deserve her care. She asks him not to stop her from caring for him. She tells that she loves him. Rishi goes to change his clothes. He hears her saying she loves him a lot. Ayush arrives home happily. He goes to Virender to give him the good news that Malishka is marrying Viraj, she will be out of Rishi’s life. He can’t sleep without sharing the news with Virender.

He tries to wake up Virender. Neelam wakes up and senses that someone is inside their room. She alerts Virender, while Ayush hides from Neelam. Virender tells that there isn’t anyone. Ayush wants him to save him. Virender sees Ayush hiding behind the curtains. He lies to Neelam. Lakshmi asks Rishi why is he so worried. Rishi can’t tell her anything. She asks him to be happy that Malishka is getting married, he is the reason that Malishka agreed for it. She is confused seeing his upset behavior. Keep reading.

Reviewed Rating for Bhagya Lakshmi 2nd December 2021 Written Update Confused Lakshmi: 4/5 This rating is solely based on the opinion of the writer. You may post your own take on the show in the comment section below.