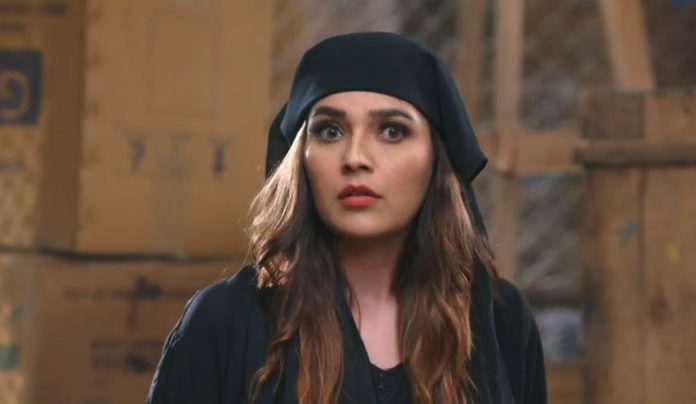 Kundali Bhagya 3rd December 2021 Written Update Sona exposed Karan accuses Vinod for sending the police. Vinod asks him to calm down. He asks Karan to recall if Vicky knew the address or not. Karan tells that Vicky didn’t tell any address, he pointed the gun and would have killed him, so police has shot Vicky. He tells that Vicky is dead. Sonakshi gives the shocking news of Vicky’s death to Rajiv. Rajiv cries knowing his brother died because of Karan Luthra. He swears revenge. He tells Sonakshi that she isn’t his boss now, because she didn’t even get any money for them. He wants to demand double money and not give Pihu to Karan. He tells that Karan will have to pay a big price now. Preeta happens to see them from far.

Sonakshi asks the goon to get Pihu back. She didn’t think that her plan will get ruined this way. She wished that she didn’t get linked to the kidnappers. Karan tells that Vicky didn’t know the address, he just wanted the money, something else was going on there. He gets Rajiv’s call. Rajiv threatens him. He asks why did Karan involve the police. Karan asks about the address of his daughter. Rajiv asks him to give 4 crores for his daughter. He tells that he will get the money and then return Pihu, the kidnapping rules will be of him.

Karan agrees to his rules. Rajiv tells that he can’t meet his brother now, maybe Karan won’t be able to see Pihu again. He threatens about Pihu. Rajiv tells that he will meet him at the same place after an hour. Preeta thinks to meet Pihu and rescue her. Rajiv asks Karan to just come with money and take his daughter. Vinod asks Karan not to take a big risk. He tells that kidnapper is getting all the information from their house, which means someone from the family i passing the information outside.

He clearly mentions that the kidnappers will not necessarily spare Pihu, they can take revenge and harm Pihu to take Vicky’s revenge. He tells that Pihu is safe until the kidnappers get the money. He asks Karan to understand. Mahesh asks Karan to follow Vicky’s advice. Karan recalls Rajiv’s words. Karan goes to the media. He tells about Pihu’s kidnapping. He tells that he couldn’t save his daughter, but he promised to bring her home. He asks the media to help him. Rajiv watches him on the news. He tells that he will not spare Karan. He gets revengeful against Karan.

He tells that Karan will lose Pihu forever if he doesn’t give the money. Sonakshi gets worried seeing his fear. Karan requests the media to stop troubling his family and give them some privacy. He tells that he will give them the good news first when Pihu comes back. Sonakshi lectures Rajiv. She tells that he can’t hurt her daughter. She asks him to stop crying for Vicky. She tells that she can give him money. She asks him to return Pihu to Karan, then his anger will end, she will rescue Pihu and get the tag of a great mother.

Rajiv doesn’t want to let her go. She tells that they all will get caught, if they stay so adamant, they will fall into danger, they will fall in danger. Preeta doesn’t hear the conversation when Sonakshi admits her crime. Sonakshi asks him to prepare to meet Karan. Vinod asks Karan why did he answer the media. Karan tells that he had to calm down the media by answering him, he will get some time and also confuse the kidnappers by his move. Shrishti suspects Sherlyn to be involved behind the conspiracy.

She asks Sherlyn to get a glass of water for them. She thinks Sherlyn is the informer of the kidnappers. Preeta call Karan. She asks him why did he give official statement to the media about involving police. Karan tells that he will come to the room and explain her. She tells that she wants Pihu back. He assures that he will get Pihu back. She hides from the goons, who bring Pihu to the hideout. She asks him to give the money to the goons and get Pihu back. Karan tells that he is doing everything fine. She tells that Pihu is in danger. She doesn’t want to forgive him if anything happens to Preeta.

Sonakshi tells that she will give him money. He worries that his team will double cross him. She asks him not to panic. She tells her new plan. She tells him that they will take Pihu home, then Karan will give him the money happily. Rajiv agrees to her plan. Preeta gets caught by the kidnappers and gets attacked, but she happens to see Sonakshi there. Sonakshi gets exposed, when Preeta learns that Sonakshi is the evil mastermind of the entire kidnapping plan. Will Preeta get saved from the goons? Keep reading.

Reviewed Rating for Kundali Bhagya 3rd December 2021 Written Update Sona exposed: 3/5 This rating is solely based on the opinion of the writer. You may post your own take on the show in the comment section below.