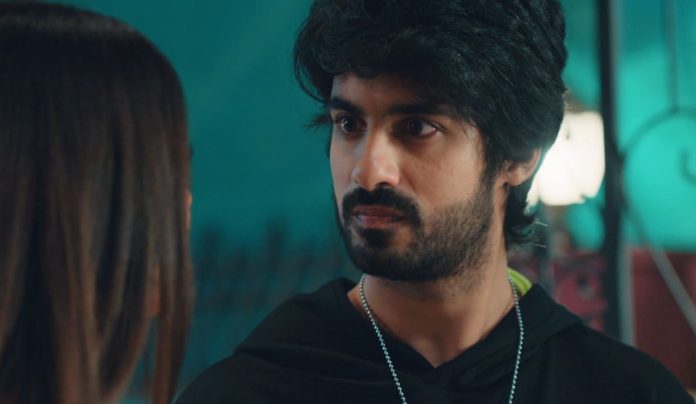 Yeh Hai Chahatein 3rd December 2021 Written Update Rudra’s masterplan Venky angrily thinks Rudra is playing a good game. He thinks Venky didn’t rape Mishka, still Rudra trapped him in it. Venky recalls forcing himself on Mishka. He recalls how he made Mishka unconscious to fool people and make everyone believe that Mishka got raped. Venky recalls that he did all this to get his revenge on Mishka for what she did with him 10 years ago. He thinks that now Mishka will realize how she ruined his life, seeing her whole life getting ruined.

Venky further thinks that his name will come in the DNA report as Mishka really scratched him. He reveals that he knows Mishka’s medical reports were fake. Venky thinks about how to get saved from Rudra’s trap of DNA reports. Prisha apologizes to Mishka for initially not trusting her. She also tells Mishka that she is still not able to believe that her brother can do something so wrong. Prisha promises Mishka that she will handover Venky to the police herself, if he really committed the crime. She hugs Mishka.

Mishka feels guilty and runs to her bedroom. Rudra goes behind Mishka. Mishka tells Rudra that they are doing wrong by lying to Prisha as they didn’t found any sample in her nails and she even didn’t actually got raped. She says they did all this drama to expose Venky. Mishka asks Rudra to think what will happen when Prisha will get to know the truth, who is even ready to go against her brother for her (Mishka). She again tells Rudra that they are doing wrong.

Rudra tells Mishka that it’s not the time to talk about all this. He explains to Mishka that they need to make Venky expose himself in front of Prisha. Mishka feels worried for Prisna. Rudra says he also feels bad and guilty for lying to Prisha. He also tells Mishka it’s time to expose Venky before he can do something more wrong with family or anyone else. He asks Mishka to not feel scared as he will handle everything. Rudra tells Mishka that they will do as they planned. Next, Venky is seen taking a ward boy’s get up in a hospital.

On the other hand, Saaransh sees Prisha in a headache. He asks her if she is having a headache. Prisha feels happy when Saaransh offers to give her a head massage to make her feel relaxed. Saaransh starts Prisha’s head massage. Seeing Prisha’s eyes closed, Rudra takes the charge of Prisha’s head massage. In some time, Prisha gets aware that someone else in Saaransh’s place is giving her a head massage. She sees it’s none other than Rudra and gets angry. Rudra asks her if she is still angry with him? Prisha tells Rudra, whatever she did, she did for Mishka. She asks Rudra why he didn’t tell her earlier that it was Mishka who falsely accused her brother, Venky of molesting her.

Prisha asks Rudra why he didn’t tell her the truth when he already knew about it. Rudra asks Prisha if she would have trusted him against her own brother? He reminds Prisha that she already tolerated Mahima’s negativity in the past. Rudra reminds Prisha that Mahima was a liar and fraud. He again reminds Prisha that she and her parents refused to believe him when earlier he told them that Venky was lying about Rubik’s cube and other incidents. Rudra says he remained silent because he knew and understood that Venky is her (Prisha’s) weakness being her brother. He further says that he waited to get proof against Venky to tell her the truth.

Prisha says that trust is the base of a relationship. She tells Rudra that there is no reason to break someone’s trust. Prisha tells Rudra that he chose the wrong way. She tells Rudra that he broke her heart and they won’t be able to get normal again. Prisha doesn’t let Rudra near her. She receives tense Vasudha’s call, who asks her to come home as soon as possible. Msihka, Rudra and Prisha reach Srinivasan’s house. Tense Vasudha tells Prisha that Venky is missing from home. She blames Rudra and Mishka for falsely accusing Venky of Mishka’s rape. Vasudha says Venky might have gone to commit suicide because of Mishka’s false accusations.

Venky returns home and tells that he went to get his innocence’s proof. He says Mishka never got raped. He recalls secretly visiting the hospital’s filing room. He checked that Mishka’s medical reports actually came negative. He shows Mishka’s actual medical report to everyone. Vasudha, GPS and Prisha get angry when Venky tells them that Rudra showed them false reports. Venky pretends to be innocent and says that Rudra is trying to trap him in false accusations. Prisha questions Rudra if Venky is saying the truth and if he lied to her about Mishka’s rape.

Mishka explains to Prisha that Venky actually forced himself on her and made her unconscious. She further tells Prisha that Venky set a trap to make everyone believe that she got raped, to ruin her life and to get 10 years old revenge. Mishka requests Prisha to understand that Rudra just wanted to help her to expose Venky’s reality in front of everyone. Prisha tells Rudra that she wants to know the truth from him. Rudra accepts the truth. Prisha gets shocked and ends all her ties with Rudra. This statement of Prisha shocks everyone except Venky. Venky smirks, when Prisha tells Rudra that she can’t live with a person who betrayed her.

Rudra asks Prisha what is she saying? Prisha refuses to hear anything from Rudra. She tells Rudra that their relationship isn’t like this as they never hide anything from each other. Prisha asks Rudra he lied to her and falsely accused her brother for Mishka. She accuses Rudra of using her against her own brother. Prisha asks Rudra he did everything even after knowing that Mishka is the same girl who ruined her family’s life 10 years ago. She tells Rudra that she will never forgive him. Mishka requests Prisha to understand Rudra. Prisna refuses to hear anything. Rudra tells Prisha that Mishka tried to stop him from lying to her.

Prisha tells Rudra that he didn’t even think of her or their relationship. She refuses to listen to any word from Rudra. Prisha tells Rudra that she doesn’t want to see his face and asks him to go away. She herself grabs Rudra’s hand and ousts him. Mishka tries to help Rudra in explaining Prisha. Both Rudra and Prisha break down away from each other. Others look at them with sadness. Venky tries to calm Prisha, taking her in his arms. Rudra walks away from Srinivasan’s house. Vasudha feels heartache. Everyone gets worried thinking that Vasudha might have suffered a heart attack.

On the other side, Mishka apologizes to Rudra for becoming the reason for problems between his and Prisha’s relationship. Rudra tells Mishka that Prisha is blinded by her brother’s love and Venky took advantage of it. Mishka again blames herself for misunderstandings between Rudra and Prisha. Rudra tells Mishka that Prisha and he can’t live without each other and he will soon expose Venky in front of Prisha. Mishka says Venky already won by proving them wrong in front of everyone. Rudra said Venky will win when he accepts defeat. He says that he will not accept his defeat and expose Venky soon.

In the next episode, Rudra will reach the hospital, where Prisha will shock him by saying that she can’t live with him anymore. Sharda will ask Rudra to find and use Venky’s weakness. Mishka will be seen ready in a bridal attire. Rudra will ask her if she is ready. Venky will be seen secretly entering someone’s bathroom. Param will be seen waiting for his bride on mandap. Rudra will tie Prisha in a room. Prisha will ask what he is doing? She will ask him to at least respect their relationship. Rudra will shut Prisha’s mouth with a tape. He will tell Prisha that now he will speak and she will hear him out.

Reviewed Rating for Yeh Hai Chahatein 3rd December 2021 Written Update Rudra’s masterplan: 5/5 This rating is solely based on the opinion of the writer. You may post your own take on the show in the comment section below.