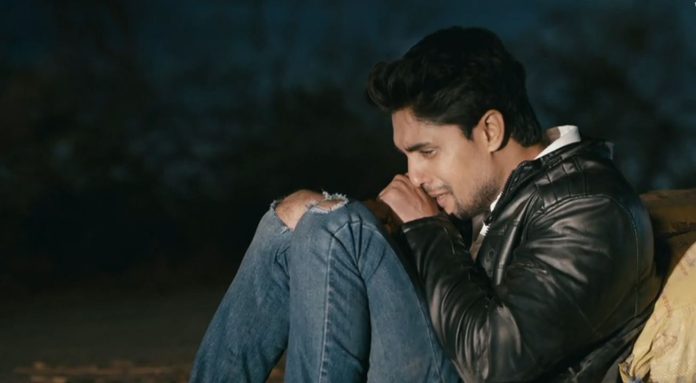 Udaariyaan 4th December 2021 Written Update Separation Rupy tells Jasmin that he was wrong to fill up Canada dreams in her mind, but now he has realized his mistake and burnt up everything that connects them with the Canada dream. He is actually glad that Jasmin learnt a big lesson, she got punished for her bad deeds. He tells that he has ended his ties with her long time back, she has come back and proved that she is really selfish. He wishes that he did justice with the family before. He tells that justice has finally happened because Jasmin got punished for her sins. He asks Jasmin to leave and find another place to get a shelter. Jasmin rushes to Virk house to find out if Fateh has come home to meet his family.

Fateh’s sorrow to depart with his family was real, becaue he really planned their separation, he really made up his mind to never return to them. He thinks Jasmin’s return to Sandhu and Virk family will not alert them of his reality. He stays in an illusion that he can hide the truth from the families. Jasmin thinks did Fateh come back home. She secretly enters the house to find him. Fateh gets spotted by Buzo, who is shocked to see him in the village. Buzo asks Fateh didn’t he go to Canada with Jasmin. Fateh reveals the truth of the fake marriage and fake trip just to take his revenge on mean Jasmin.

Buzo is shocked to know that Fateh has ruined himself as well while attempting to destroy Jasmin’s evil. Fateh makes Buzo promise that he will never tell anybody about his presence in the country. He tells that he will leave the village and go somewhere far. He asks Buzo to lie to Tejo and curse him in anger if she asks about Jasmin and him. He wants Tejo to hold the anger and direct it in the right direction to move on towards her future.

Fateh is also making a similar sacrifice like Tejo, that’s to leave the family and go far from them just for Tejo’s happiness. Tejo also decided to go away just for Fateh’s happiness. Fateh and Tejo miss each other and shed tears. How will Tejo find out Angad’s troubles and sort it out to unite him with his daughter? Does Angad see a happy future with Tejo that he doesn’t want to let go their engagement ring? Will Fateh and Tejo bear the pain of separation or land up at the same place to start a new love story? Keep reading.

Rupy tells Jasmin that she is paying for her own sins, she is punished by Fateh and its really good. She asks him how can he get happy seeing his daughter’s life in trouble. He tells that he ended the ties with her much time before. He tells that she has herself mentioned that she will never keep terms with them. He reminds her how evil deeds she has done to hurt their hearts. She apologizes to him, but he refuses to take her inside the house. He asks her to leave from the house and never come back. Jasmin begs him to let her inside. He doesn’t pity her and asks her to just go away. She thinks to find Fateh. Rupy worries for her, but can’t forgive her.

He thinks to tell Tejo about Fateh’s move, but doesn’t want to disturb Tejo’s new beginning. He decides to share the shocking news with Khushbeer, who always wanted Fateh to leave Jasmin. He thinks this news will please Khushbeer. Khushbeer regrets that Fateh didn’t stop Tejo and Angad’s engagement, and let her go. He didn’t wish Fateh to get married to Jasmin and leave them. He cries that his son has broken all his dreams and hopes. He misses Fateh. Rupy rushes to meet Khushbeer, but gets blocked by Fateh. Fateh apologizes to Rupy for doing wrong with Jasmin, which was just an answer to her evil. He asks Rupy to never tell Tejo about his move.

Rupy questions Fateh about his shocking plan to deceive Jasmin and punish her for the actions. He accuses Fateh for ruining the lives of both his daughters. He asks Fateh why did he leave Jasmin when he left Tejo and his family for the sake of his blind love. He tells that Fateh has ruined everything in his madness, and now he is leaving Jasmin. He asks Fateh not to apologize to him now. Rupy reprimands him for being in his confusion and ruining everything. Fateh tells that he didn’t come to apologize, but repent for his mistakes. He tells Rupy that he doesn’t want his family or Tejo to know about him, he will go away from them and not let his shadow fall on Tejo’s life again.

Fateh convinces Rupy to hide the truth from Khushbeer and family. He tells that he has no courage to face his family after hurting them so much, he will leave them forever and let them think that he is living in Canada. He asks Rupy to do this favor on him. He tells that he will never return to them. Rupy gets worried when he realizes that Fateh is leaving the village forever. Fateh tells that he faked the marriage with Jasmin just to help Tejo move on in her life. Rupy asks him how will he live without his family and work. Fateh doesn’t know where he will go, but wants to go somewhere really far that his family can’t locate him. He tells Rupy that he won’t justify his actions, he didn’t wish to marry Jasmin after knowing her truth and its his mistake as well that he didn’t value Tejo before.

He asks Rupy to never tell anyone about him and goes away, thinking Tejo is at home Rupy feels tough to keep everyone’s secrets when they are making a sacrifice for each other. He doesn’t tell Fateh about Tejo’s leaving. Jasmin goes to Virk house and learns that Fateh didn’t come home. She realizes that he kept his word and left his family forever to repent for his mistakes. She doesn’t want to cry in front of them and make them happy. She goes away to Sweety’s house to take her help. Jasmin gets angry and pledges to take her revenge on Fateh by becoming more evil than he thought.

On the other side, Tejo tries to sleep. She gets to think about Fateh. She realizes that its wrong if she thinks of Fateh who is now Jasmin’s husband. She worries for Fateh. She wishes that Fateh stays happy with Jasmin. Fateh meets Buzo and apologizes to him. He tells Buzo how he has taken this big move and got separated from Jasmin. Buzo asks him to get back to the family and Tejo. Fateh thinks he doesn’t deserve Tejo and her love. He decides to never return to Tejo. Fateh doesn’t want Rupy or Buzo or anyone else to tell about his fake marriage to Tejo. He just wants Tejo to move on with Angad. Rupy is confused over revealing to him about Tejo and Angad’s fake engagement. Rupy just prays that Fateh and Tejo stay happy in their lives. He wants Tejo to not return for Fateh. Fateh decides to go away from Tejo’s life. Keep reading.

Reviewed Rating for Udaariyaan 4th December 2021 Written Update Separation: 3/5 This rating is solely based on the opinion of the writer. You may post your own take on the show in the comment section below.