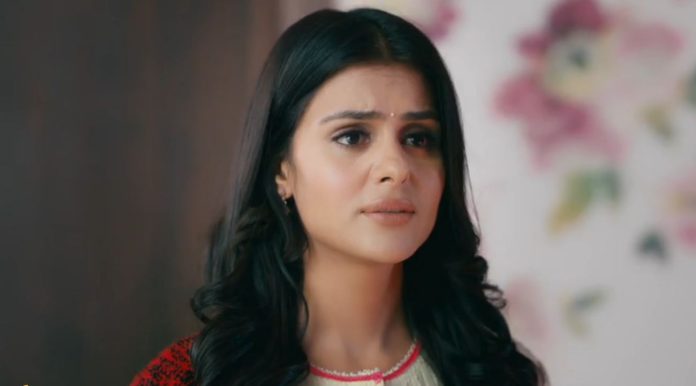 Udaariyaan 6th December 2021 Written Update Twist for Tejo Fateh reaches a hotel to make a stay. He gets into an argument with the receptionist. Fateh loses his cool and bashes the guy. The people around stop Fateh. Fateh deals with his life’s struggles alone, thinking he has lost Tejo forever. He wishes Tejo to get all the happiness she deserves. He is sure that Angad will keep Tejo happy.

Meanwhile, Tejo senses the pain Angad is hiding from her. She finds Angad in trouble and wants to help him. Angad tries to keep Tejo away from his personal problems. She gets upset with him. Angad asks Tejo why is she behaving like a stranger. She tells that they aren’t friends or partners now, when they can’t share their problems. She tells him that its better that they stay away. Jasmin also checks in a hotel. She prepares to take revenge on Tejo and Fateh. She thinks Fateh will return to Tejo, but before that she will destroy their peace.

She posts her fake pictures on her social media account just to trick Tejo that Fateh and she reached Canada and are enjoying a lot. Jasmin sheds off her sorrow and gets back to her evil self, vowing to not spare the lovers duo. Poor Tejo left from Fateh and Jasmin’s lives forever, but is still in trouble. What will Jasmin do to hurt Tejo? What twists will come in Tejo’s life because of the failure of Jasmin’s love story? Keep reading.

Earlier in the show, Sweety apologizes to Jasmin and makes her leave the house. She advises Jasmin not to return to their village. Jasmin asks Sweety to stay in touch with her. Sweety lends her some clothes and necessities. She also hands over some cash to Jasmin. Jasmin leaves her house. She tells that she will soon take her revenge on Tejo and Fateh.

Tejo doesn’t know why she had to go away from her family. She thinks her motive is to solve Angad and Riya’s problem. She still misses Fateh. Fateh and Jasmin go to the bus station to leave their village. Fateh have the memories of Tejo. He wishes that Tejo always stays happy. Jasmin curses Tejo. She doesn’t want Tejo to learn that Fateh and she got separated. Fateh and Jasmin leave the village with different motives on their minds.

Fateh reaches Gurdaspur and misses Tejo. He imagines Tejo with him all the time. He realizes that he has fallen in love with Tejo, but is helpless that he can’t get her. Fateh loses his wallet when someone tricks him for the cash. Fateh looks for some afforable accommodation. He goes to search for a hotel. Jasmin finds ways to target Fateh and Tejo. She seeks help from Sweety. She also settles in a hotel for timebeing. On the other hand, Angad keeps his promise to Riya and takes permission from her hostel to keep her home for few days. Riya tells that she is really happy to stay with him.

He tells that she has to go back after few days. She doesn’t want to go back ever. She cries and asks Tejo to explain him. Tejo tells Angad that he may handle his problems alone, but she can’t see him and his daughter struggling in sorrow. She promises to unite them. She promises Riya that she won’t go back to the hostel and will always stay with her dad. She asks Riya to not worry and just stay happy. Angad doesn’t want Tejo to make fake promises to Riya. Tejo doesn’t listen to him. She takes charge of his problems. Angad is helpless to listen to his good friend.

Tejo tells Angad that he already did a lot for her, she will not burden him more by asking him to find a job for her, instead she will search for a job herself and make things easier for them. Angad permits her and wishes her all the best. Tejo goes for the interviews, while Angad is sorrowful to keep Tejo away from Riya’s matter. He reasons out that he doesn’t want her to stress herself more by getting involved. He wishes the good for her. Jasmin learns that Fateh didn’t go home. She confirms this by calling Virk house. She overhears Gurpreet and Khushbeer’s conversation.

She informs Sweety that Fateh would be away from his family on his guilt trip and would not return until he repents for his mistakes. She wants to take her revenge on Fateh some how by tracking him. Fateh reaches some lodge and gets angry when the lodge guy doesn’t listen to him and talks cheap things. He gets into a loud argument. He realizes that he doesn’t have his wallet, which got stolen. He doesn’t get a room to stay. He is thrown out of the lodge. Jasmin finds out that even Tejo isn’t in the village. She wonders where did Angad take Tejo and why. She wants to find out Tejo’s location.

She tells Sweety that she is coming to the academy to find out the facts. She isn’t scared that anyone can see her. She posts more of her happy pictures on the social media account to make everyone know that she is having fun in Canada. She wants to teach Fateh a lesson. Fateh weeps and misses his family. He wishes that he believed Tejo before.

Fateh gets to see the pictures and thinks its actually good that Jasmin’s stupidity will give happiness to his family. He can’t go back home. Tejo is happy to see Jasmin and Fateh happy. She wishes that they stay happy and give happiness to the family as well. Virks find the pictures and get glad to see Fateh happy. Gurpreet wishes that he stays well. She still has a hope that Fateh will come back and unite with Tejo. She tells that heart isn’t in control and often thinks the impossible. She still prays that Fateh and Tejo unite. She wants to know about Tejo’s life. Tejo also posts Angad and her picture just for the families to make them believe her lie that she is making a new start in her life.

Tejo looks for some job, while Fateh goes back to the lodge to request the man to give him a room. Fateh apologizes and agrees to wash the utensils just to get a shelter. Tejo returns to Angad’s place and finds his behaving rudely with Riya. She fails to understand his behavior and rebukes him. She tells him that she couldn’t find any job. Angad hires her in his company in Shimla. She takes up the work. She later apologizes him for her harsh words. Angad tells that he didn’t feel bad of her words and he can forgive her for every mistake. Angad and Tejo bond, while Jasmin prepares to wreck their lives. What will Jasmin do to take her revenge? Keep reading.

Reviewed Rating for Udaariyaan 6th December 2021 Written Update Twist for Tejo: 4/5 This rating is solely based on the opinion of the writer. You may post your own take on the show in the comment section below.