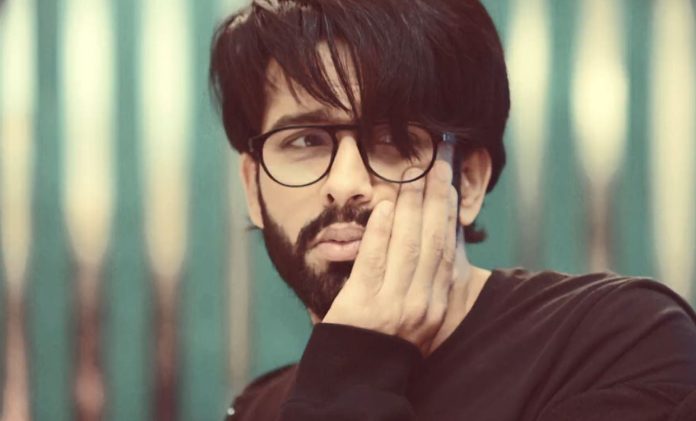 Yeh Hai Chahatein 6th December 2021 Written Update Venky’s madness Prisha gets a call from Saaransh. He tells her that he is not well and has a stomach ache. Prisha asks him about Rudra’s whereabouts. Saaransh tells Prisha that Rudra went to bring the doctor. He requests her to come to him. She leaves for Khurana mansion informing Vejanti and GPS about Saaransh’s call and condition. Saaransh gets up from his bed smiling and gives a high five to Rudra. They hug each feeling victory. Rudra says, “I love You Champ” to Saaransh. Saaransh says, “I love you too” to Rudra. He asks Rudra why he made him lie to Prisha about being unwell?

Rudra tells Saaransh it’s about elders. Saaransh stands on the bed and tells Rudra he is big too. Rudra laughs at Saaransh’s innocence and tells him that it’s about people who are older and bigger than him too. He praises Saaransh’s acting and gives him a big chocolate as a surprise. Saaransh hugs Rudra and runs away saying he will not share his chocolate. Rudra sees Sharda and smiles. At night Venky lays pillows to make everyone that he is asleep and runs away from the window. On the other hand, Sharda performs Param’s aarti and welcomes him. Param sits on the mandap and Pandit ji asks to call the bride. Venky reaches inside Khurana Mansion.

Prisha too reaches Khurana Mansion. Rudra pretends that he didn’t see Prisha. Both Rudra and Prisha see each other angrily. She reaches Saaransh’s room and asks him if he is fine. Saaransh replies to Prisha that he is absolutely fine. She asks him why did he call her to Khurana mansion? Rudra tells Prisha that he asked Saaransh to call her. Mishka hears a flush sound from her bathroom. She opens the bathroom door and gets scared seeing Venky. Venky grabs Mishka’s neck. Prisha asks how dare he used Saaransh to call her to the wedding? She tells Rudra that she already told that she doesn’t want to see his and Mishka’s face after whatever they did. Prisha tells Rudra that now she won’t let Saaransh live in Khurana Mansion with him.

Prisha tries to take Saaransh away with her. Rudra stops Prisha and picks her up on his shoulders. Prisha tries to free herself but Rudra takes her to another room. Rudra toes Prisha on a chair and puts a tape on her mouth. He sits and asks Prisha to get quiet as now he will speak and she will have to listen to him. Back at Srinivasan’s house, Vejanti goes to keep a water bottle inside Venky’s room. Vejanti gets tense to find Venky missing. She tries to inform Prisha about Venky’s disappearance. On the other side, Prisha tries to free herself from the chair Rudra tied her to. Rudra asks Prisha to be quiet. Saaransh from outside the room informs Prisha that someone named Vejanti is calling her.

Rudra doesn’t let Saaransh come inside and takes Prisha’s phone from him. He asks Prisha to have only a valid conversation with Vejanti. He removes tape from Prisha’s mouth. Vejanti informs Prisha that Venky is missing from home. Prisha gets shocked and asks Venjanti where Venky is as he was sleeping when she left. Vejanti says to Prisha that she is tense as she saw pillows inside Venky’s blanket, not him. She asks Prisha where Venky would be right now, if he would be fine? Rudra asks Vejanti to not get tense as he and Prisha know where Venky is. Prisha asks Rudra what he is doing? She asks him to open her as she is tensed about Venky’s whereabouts.

Rudra says he knows where Venky is. Prisha refuses to believe him. Rudra shouts and informs Prisha that Venky is in Khurana house only. He brings the laptop and shows Prisha the live CCTV footage where Venky is seen grabbing Mishka’s neck. Prisha gets shocked to see all this and hear Venky telling Mishka that he won’t let her marry anyone and will ruin her life. Mishka bites Venky’s hand and makes him leave her. She pushes him away and tells him that he can’t ruin her as Param has full trust in her. Mishka tells she and Param will marry each other and live happily and he (Venky) won’t be able to do anything. Venky laughs evilly.

Venky blocks Mishka’s way to escape. Mishka asks Venky can’t he see his bad/wrong ways are affecting his family badly. Venky tells Mishka that he doesn’t care about anyone. Prisha gets shocked hearing all this. Venky further says that no one cared about him in the last 10 years or thought about his sufferings in the hospital. He reveals to Mishka that his life’s only aim is to ruin her life. Mishka pushes Venky away but he tears her outfit from the shoulder. Rudra switches off the footage and asks Prisha if she believes him now? Prisha replies yes and says that they need to save Mishka first. They run to save Mishka.

Venky throws Mishka on the bed. Rudra opens Mishka’s bedroom door and punches Venky. Venky is about to attack Rudra back but stops seeing Prisha and Param behind. Param smirks and comforts Mishka. Venky pretends innocence but Prisha slaps him hard. He gets shocked and Rudra reveals to Venky that he fell in his trap. Rudra tells Venky that no marriage is happening and he planned all this to expose him. Flashback shows Rudra revealing to Param that Mishka didn’t get raped in real and it was Venky’s plan to get revenge from Mishka. Param regrets thinking wrong about Mishka. Rudra asks Param’s help in exposing Venky. He asks Param to pretend to marry Mishka as he wants to expose Venky in front of Prisha, Vasudha and GPS.

Param agrees to help Rudra. Rudra thinks now he will finish Venky’s evil game and expose him in front of Prisha. Next it is shown that Sharda helps Mishka in getting ready and Rudra praises her look. He asks Mishka if she is ready for their plan. Mishka tells Rudra that she is ready to take any risk to expose Venky and reunite him (Rudra) with Prisha. Rudra thanks Mishka. Rudra tells Mishka and Sharda that Sharda’s idea of using Venky’s weakness helped him. He tells Venky’s weakness is that he can’t see Mishka getting married happily. Rudra assures Mishka that he will keep his eyes on Venky and try his best to protect her. Mishka says she is willing to take any risk to reunite him and Prisha.

Flashback ends. Rudra tells Venky that he succeeded in exposing him. Prisha asks Venky why he cheated his own family, who fought everyone for him. She tells Venky that she fought her love Rudra for him and he (Venky) cheated everyone. She shouts at Venky and asks him if he thought that Vasudha suffered a heart attack because of him. Prisha calls Venky selfish and a devil, who lost his humanity. She says and thinks about how her parents will handle their son ( Venky’s) reality. Prisha doesn’t let Venky speak anything and shocks him by saying that she will herself hand him over to the police.

In the next episode, Vasudha will blame Rudra for Venky’s arrest. She will ask Prisha to get out of her house with Rudra. This will shock Prisha. Venky will wake up in a hospital. He will kidnap Mishka and Saaransh will see him and hide in his car’s trunk. Saaransh will inform Rudra and Prisha that he is hiding in Venky’s car trunk as he saw him kidnapping Mishka.

Reviewed Rating for Yeh Hai Chahatein 6th December 2021 Written Update Venky’s madness: 4/5 This rating is solely based on the opinion of the writer. You may post your own take on the show in the comment section below.