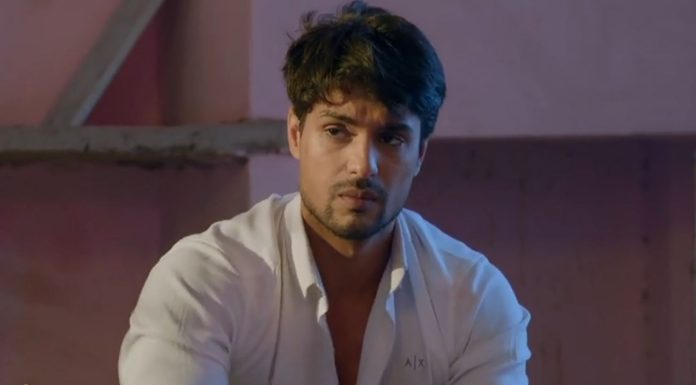 Udaariyaan 8th December 2021 Written Update Fateh meets Tejo Angad wants to be with Tejo as her fiance so that the people don’t object to their friendship. Tejo doesn’t think that they should drag the fake engagement drama. Angad asks her to keep the truth with herself, they both know that their engagement is fake, but if it helps them in getting rid of the society’s taunts, then there is no harm. Angad has developed feelings for Tejo and doesn’t want to let her go away. He hides his feelings from Tejo. He finds some way to stop her back. Tejo tries to dig into his life to sort our Riya’s matter.

On the other hand, Jasmin enjoys the hotel stay without being worried about the bills. The hotel manager asks her to clear the bills by making the payment immediately. He asks her to vacate the room if she has no money to pay. Jasmin gets frustrated. She gets helpless to leave the room. She holds Fateh responsible for all her problems. She tells that she will not leave Fateh without punishing him. Fateh is already bearing the punishment in his path of repentance. He gets beaten up by a bunch of guys at the lodge. Next, Fateh is seen madly running on the roads. He imagines Tejo once again, who motivates him. Will Fateh and Tejo cross their paths and meet again? Keep reading.

Earlier in the show, Angad finds Tejo upset and tries to cheer her up. She tells that she isn’t thinking of Fateh now. Satti finds Rupy upset and asks him not to think of Tejo so much. Tejo gets hiccups. She misses the family too. Rupy cries for Tejo. Angad takes care of Tejo. They get into a moment. She tells Angad that she shouldn’t stay in his house for a long time, because his neighbors can make news about them. She doesn’t want a trouble for Angad because of her. Angad makes Tejo wear the engagement ring back. He tells her that they will tell everyone that they are engaged. She is shocked by his move.

Fateh is in sorrow and drinks with the hotel staff. He bonds with them, and lets them think that his lover has run away by cheating him, so he has sunk in sorrow. He appears a Devdas to them. The guys joke on him that he has lost his lover. Fateh misses Tejo deeply. He can’t hear a word against her. He gets into a fight with the guys, everyone is in a drunken state. Fateh later goes to heal his wounds.

Angad tells that they will be engaged in front of the society, and don’t need to answer anyone now. He asks Tejo to just relax. Tejo gets surprised when Angad asks her to make the fake engagement a real one if she wants. She tells that she doesn’t understand him. He tells her that its impossible to know him. He asks her to think about it. She laughs on his humor. Khushbeer misses Fateh and Tejo.

Gurpreet doesn’t think there is any hope left. She asks him to stop hurting his heart now by having any hope, Fateh has gone too far from them. Fateh wishes that Tejo stays happy and fine. He tells that he is feeling much hurt. He cries in sorrow. Angad plans to take Tejo to Gurdaspur, where Fateh is living in a small lodge. Fate gets close to bring Fateh and Tejo in front of each other, while Jasmin is trying hard to keep them away and mistaken of her happy life with Fateh.

Fateh misses Tejo so much that he starts living with her by his mind. He gets talking to her to share her pain. He feels that Tejo is his true love, while Jasmin was just his craze. Tejo also misses him. Fateh feels Tejo had shared his pain when he cries for Jasmin, but now he has no one with him to share his pain and sorrow. He lies in pain and sleeps. Fateh wishes that Tejo was with him, but he wants her to move on with Angad. Tejo doesn’t want to think of Fateh when she is making a new start in her life. She learns Angad’s problem. She realizes that he is fighting for Riya’s custody, and maybe its an issue with his ex-wife.

She doesn’t know anything much, but leaves. Angad finds her there and tells her that he will soon take her to the new office. He doesn’t tell her about Riya. Tejo wants to really help Angad. Khushbeer and Gurpreet wish that Tejo stays happy with Angad by marrying him, because Angad is the person who will give her love and respect. Fateh lives a sorrowful and pitiable life, like he really repents, while Jasmin is still the same selfish and crazy person. She gets into an argument with the hotel staff who asks her to make the payment, else vacate the room.

Jasmin tells that she will soon throw the money on their face. She gets observed by someone mysterious. Angad shows Tejo her cabin in his company. He tells her that she can start the work soon, but they have to leave for a meeting with a businessperson in Gurdaspur. He asks Tejo to accompany him, because she will be heading such projects. Tejo is excited for her new work. Angad likes to see her happy. Jasmin meets her friend Sweety, who advises her to do a job to earn something. She tells that she isn’t made for little things. Her aim is really big.

Sweety is afraid that Jasmin’s madness will make her fall in big trouble some day. Jasmin tells that she just wants her revenge on Fateh and Tejo. She agrees to do some job and make some money just to proceed her revenge plans. Meanwhile, Fateh falls prey to a colleague’s anger. Fateh gets fired from his job, when a worker frames him for a mistake. Fateh regrets that he has to leave the lodge and find a new shelter. He asks the lodge owner to pay him the wage. The lodge owner gives him a new task and asks him to run after a car to handover the important bag to the person leaving in the car. Fateh runs after the car and gets hurt. He loses his strength. He sees Tejo there, who appears to motivate him. Keep reading.

Reviewed Rating for Udaariyaan 8th December 2021 Written Update Fateh meets Tejo: 3/5 This rating is solely based on the opinion of the writer. You may post your own take on the show in the comment section below.