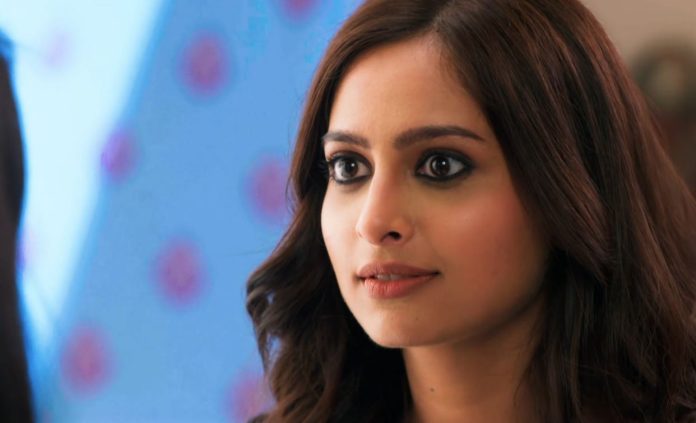 Yeh Rishta 13th December 2021 Written Update Aarohi desires Abhi Mahima is seen in tension. Mahima is seen calming and asking her to have patience. Manjari gets tensed seeing Abhimanyu coming inside with Neil and Aarohi’s help. She runs to Abhimanyu and asks him if he is fine? Everyone takes Abhimanyu inside and makes him sit on the sofa. Aarohi stands at the main door. Manjari tells Abhimanyu that she got very scared knowing about the fire breakout at the health camp. Harshvardhan sees Aarohi standing at the main door of Birla mansion. He and Neil ask her to come inside. Abhimanyu tells everyone that Aarohi saved his life.

Abhimanyu says that everyone left him inside the burning store room but only Aarohi saved him putting her life in danger. Nishtha hugs and thanks Aarohi. Manjari also hugs Aarohi and thanks her. She tells Aarohi that she indirectly saved her too, saving Abhimanyu. Manjari blesses Aarohi and says God will fulfill all her wishes. Harshvardhan says, “well done” to Aarohi. He thanks her on behalf of the whole Birla family. Manjari says Aarohi came to their house for the first time and brought happiness with her. Abhimanyu thinks he can’t believe that Akshara left him alone in the burning store room.

Abhimanyu’s family hugs him. Aarohi gets tensed on receiving a call from Manish. Manish thinks about why Aarohi didn’t pick up his call and sent a message instead. Akshara asks Manish to not worry and says Aarohi is brainy and will handle everything. Aarohi reaches home and Goenkas questions her if she is fine? They get worried when Aarohi doesn’t answer them. They see Harshvardhan behind Aarohi and feel shocked. Harshvardhan says he came here to thank them as their daughter Aarohi saved Abhimanyu but putting her life at stake. Akhilesh asks what? Harshvardhan reveals that Aarohi jumped in fire to save Abhimanyu. He once again thanks Aarohi and tells her that she owes Birlas for life.

Akshara gets confused and recalls asking Aarohi to treat Abhimanyu. Manish tells Harshvardhan that they always knew the worth of their daughters. He further tells Harshvardhan that they are feeling happy to see that he (Harshvardhan) also got to know the worth of their daughters. Harshvardhan says he always thought that Goenka daughters are a problem in Abhimanyu’s life but now got convinced that they are solutions not problems. Manish says his daughter’s were never a reason for problems/issues that occurred in Abhimanyu’s life. He further says that he is happy everyone is alright. Harshvardhan says he too wants to forget past issues and thus came to drop Aarohi. He takes a leave from Goenkas.

On the other side, Abhimanyu feels angry by thinking again and again that how could Akshara have left him alone in fire. He then starts having second thoughts about Akshara, thinking that he thought wrong about Akshara’s feelings for him. Back at Goenka Mansion, Manish tells Aarohi that he is proud of her that she saved Abhimanyu’s life but didn’t like that she went to Birla house. Aarohi shows ignorance. Manish says to Aarohi that he is talking to her. Aarohi angrily asks Manish what wrong she did by going to Abhimanyu’s house as he is in her team. Manish says he already told her that she can have a professional relationship with Birlas but nothing other than that.

Aarohi asks Manish why her visiting Birla house is wrong but not Akshara’s. Akhilesh tells Aarohi that she is misunderstanding the situation and conversation. Aarohi says every time, she is held wrong in Goenka house. She asks Manish why so many when they told her that she did right by saving Abhimanyu. She says she couldn’t see Abhimanyu in that state and thus went to his house to help him. Aarohi leaves angrily saying that she did nothing wrong. At Birla Mansion, Abhimanyu comes out of his bathroom and recalls a girl saving him from fire. He thinks why he is seeing Akshara saving him as others and he himself saw Aarohi saving him.

Abhimanyu thinks why he is feeling that Akshara was near him, when he was in danger. He thinks what is happening to him? On the other side, Akshara too recalls saving Abhimanyu and asking Aarohi to look after and treat him. She also recalls Aarohi lying to her that Abhimanyu left from the camp and how she sent her home alone. Aarohi too recalls unaware Abhimanyu, Manjari and Harshvardhan praising her for saving Abhimanyu. She sees herself in the mirror and smiles evilly. Aarohi gets scared seeing Akshara behind her. She asks Askhara if she will tell everyone the truth and make her bad in everyone’s eyes.

Akshara says she will not reveal anything to anyone as she knows that she (Aarohi) did everything to make her place in Abhimanyu’s eyes instead of demeaning her (Akshara). Aarohi feels relaxed and rudely warns Akshara to not follow Abhimanyu anywhere as she will now step towards Abhimanyu. Akshara tells Aarohi that she will never believe that she did nothing by planning. Aarohi doesn’t listen to her and asks her to promise that she will not come in between her and Abhimanyu from now onwards. Akshara promises Aarohi. She receives Abhimanyu’s call and Aarohi asks Akshara to tell Abhimanyu that she doesn’t have anything to do with him in front of her.

Akshara picks up Abhimanyu’s call. She asks Abhimanyu why he called her? Abhimanyu says he called to clear some doubts. Akshara says it’s good Aarohi saved him from fire. She asks if she should make him talk to Aarohi. Abhimanyu says he wants to talk to her only. Akshara asks him what he wants to talk to her? Abhimanyu asks Akshara if she doesn’t want to ask or tell him something. Akshara replies no and asks him if he wants to ask her something. Abhimanyu gets angry and apologizes to Akshara for calling and disturbing her. Akshara says “bye” and “take care” to Abhimanyu. Abhimanyu throws his phone in anger. Aarohi warns Akshara to remain the same and never become senti for Abhimanyu.

In the next episode, Aarohi will warn Akshara to never eye her fate. Akshara will shout at Aarohi to stop her nonsense. She will call her Aarohi Goenka in anger, shocking the latter. Abhimanyu on the other side will discuss with Manjari that the people whom they love don’t care about them. Neil will give Abhimanyu linseed/flaxseed oil. He will be seen applying it on Manjari. Abhimanyu will ask him where got this oil from? Akshara will be seen sitting and smiling in front of Abhimanyu.

Reviewed Rating for Yeh Rishta 13th December 2021 Written Update Aarohi desires Abhi: 4/5 This rating is solely based on the opinion of the writer. You may post your own take on the show in the comment section below.