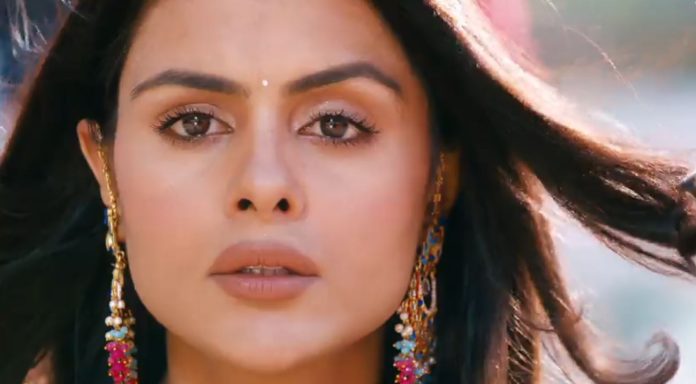 Udaariyaan 14th December 2021 Written Update Arced Fatejo Tejo and Fateh’s constant hits and misses continue. Fateh doesn’t want to think of her. He feels he has no right even on her memories. He limits himself from thinking about her. Tejo always seems to look like she has sighted Fateh, but in vain. Fateh meets Mr. Sharma and returns the wallet to him. Sharma welcomes him. Sharma is really pleased to know that Fateh has come to return the wallet all the way from Gurdaspur. He finds Fateh really trustworthy and offers him something. He asks Fateh does he accept the offer. Fateh nods to him in reply. Tejo visits Sharma, who is known to Angad as well. Angad introduces Tejo as his fiancee.

Angad is still lying to the world about his fake engagement with Tejo, with only a hope that the fake relationship turns into a real one. Angad wants Tejo in his life. He has already hinted her many times that he would like her to enter his life and family, but Tejo isn’t able to move on by forgetting Fateh. Tejo feels Fateh is around. She looks for him, and finally gets to see him again, while he is talking to Sharma. Will Fateh and Tejo meet this time? How long will their re-meet get delayed? Keep reading.

Earlier in the show, Jasmin gets the details of her new client. She gets the picture and finds Angad in the background. She finally tracks Angad’s location and tells that Tejo will also be with Angad. She is sure to find out Fateh as well. She thinks her revenge will be soon fulfilled. Later, Tejo and Fateh have a hit and a miss in the market. Fateh also feels her presence, just like she does, but they don’t see each other. They both head for Rampur to meet Sharma.

Angad and Tejo meet Sharma, who has been a mentor for Angad. Angad tells Tejo that Sharma has taught him the business ethics. He tells that he would have not built himself without his mentor. Sharma also praises Angad a lot and calls him a diamond. He tells Tejo that she chose the right guy for marriage. Angad tells that they are just engaged by now, they will be soon married. Sharma praises Fateh, whom he met a day before, when the latter came to return his wallet.

He tells that Fateh was running away from his own self to intentionally lose his identify. He tells that Fateh is really trustworthy. He recalls his deep conversation with Fateh. He adds that he has given a good offer to Fateh and asked him to join him as his driver, but Fateh took time to decide. He hopes that Fateh agrees and joins the job. Angad tells that Fateh will be lucky to join Sharma. Tejo strongly feels Fateh’s presence when he comes home to meet Sharma and accept his offer.

Sharma welcomes Fateh and gets his nod for the offer. He asks Fateh to take some rest since he has travelled a lot, and begin the work from tomorrow. Fateh gets a new place to live, that’s Sharma’s house. Angad and Tejo also stay in Sharma’s house for a day. Fateh and Tejo feel each other at the place, but fail to understand anything. They don’t have any visible link between them. Tejo misses Fateh a lot, and he is also living just with her memories.

Fateh and Tejo’s hits and misses continue at Sharma’s house. Fateh gets troubled by Sharma’s wife Tanya, who flirts with him and tries to get close against his wish. Tanya touches Fateh even when he stops her. Tanya tells him that he won’t get saved from her. Tanya fakes her love for Sharma. She meets Angad and Tejo, who are just leaving after dinner. She asks Sharma about Fateh, and learns that he is the new driver. She gets interested in Fateh. Fateh stays alert to keep Tanya away. Tanya seeks Sharma’s permission to take the car and the new driver when she goes for shopping. She plans to woo Fateh. Angad finds Tejo upset.

Tejo is troubled to fake a happy couple thing with Angad. She doesn’t want to attend any party as Angad’s fiancee. Angad asks her to take it a house party and meet his friends. He tells her that it will be a good change for her also. She is already fed up with the fake engagement drama. Angad wishes to turn it real, but knows well that she still loves Fateh. He respects her feelings for Fateh. Fateh speaks to Buzo and tells that he misses his family a lot. He further asks Buzo to show him the Virk family. He adds that he is just repenting by staying away from his family.

Fateh breaks down when he sees Simran and Gurpreet on the call. He learns what the family is going through because of him, and gets disheartened. Later, Tejo and Fateh think of each other. Tejo realizes that she can never move on with anyone, she just loves Fateh and can never forget him. She wishes his welfare. Fateh also wishes the good for Tejo and thinks of her. Tejo and Fateh make prayers for each other.

Reviewed Rating for Udaariyaan 14th December 2021 Written Update Arced Fatejo: 3/5 This rating is solely based on the opinion of the writer. You may post your own take on the show in the comment section below.