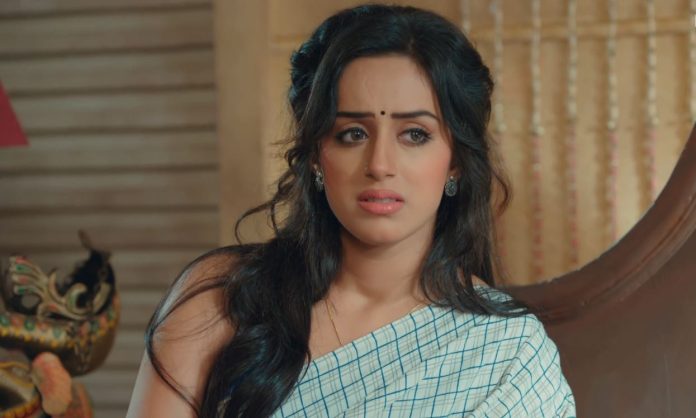 Yeh Hai Chahatein 14th December 2021 Written Update Prisha’s decision Veena asks Prisha if there is some relative of her. Prisha tells Veena that her family and everything is Ruhi only. She tells Veena she is also like her family. Prisha tells Veena that her relative will never be able to come here. On the other hand, Rudra is seen in a worse condition without Prisha. Vejanti is also seen crying, looking at Prisha’s photograph. She tells Prisha’s photo that she tried to handle her family but failed. Venjanti also tells Prisha that, that would not have happened when she left everyone.

Flashback starts and Saaransh is seen crying and saying to Vasudha that he wants to live with Rudra. Vasudha is seen angry and telling Saaransh that he can’t go to Rudra’s house. GPS stops Vasudha from slapping Saaransh. Saaransh asks GPS to explain to Vasudha that he doesn’t want to live here and wants to go to Rudra. GPS asks him to not say like this. Venjanti asks Saaransh to calm down and says that Rudra will come soon. Saaransh cries and repeatedly says that he wants to go to Rudra. Vasudha angrily asks Saaransh to shut down and tells him that he will not go to Rudra’s house.

Someone knocks on the door. Vejanti opens the door and everyone gets shocked to see Rudra on the door. Saaransh runs to Rudra and asks him to tell Vasudha that he doesn’t want to live in her house. Rudra asks Saaransh, who brought him to Srinivasan’s house? Vasudha says she brought Saaransh to her house. She tells Rudra that Saaransh is her grandson and will live with her. Rudra tells Vasudha that he knows she is angry about what happened with Venky but they are a family. Vasudha tells Rudra that they aren’t a family anymore. She says that their relations ended with Prisha’s death.

Vasudha says she will only keep Saaransh. She says that everyone knows about his past and GPS has his old records which prove that he used to drink with girls at night. She continues telling Rudra about his past bad habits and reminds him that he has also been accused for murder once. Vasudha reveals that she has already filed a case for Saaransh’s custody in court. She tells Rudra that GPS has many contacts being a retired judge and his contacts know about his (Rudra’s) past. Vasudha also reminds Rudra that he doesn’t have a wife and a mother for Saaransh to raise him. Vasudha confidently tells Rudra that he will never get Saaransh custody being a lone father.

He sends Saaransh to his room. Rudra makes it clear to Venjanti that he did it for Saaransh and to shut Vasudha. He tells her that she doesn’t need to fulfill this marriage’s responsibilities and can leave in 3-4 months after divorcing him. Rudra promises Vejnati that he will not let anyone question her. He also asks her to understand that they can never be husband and wife as he did everything for Saaransh only. Vejanti says to Rudra that she knows how much Saaransh matters to him and how much loved Prisha. She says she never expected him to love her. She agrees to Rudra’s deal. Rudra asks her to settle down.

Flashback ends. Vejanti reveals to Prisha’s photograph that Vasudha binded her with swear to fight Venky’s case and get her punished. She also reveals that this is the reason she agreed to become Saaransh’s mother and take care of him. Next Bunty is seen informing Rudra that he booked a concert for him in Rohtak. He continues telling Rudra that the head of Rohtak booked his concert for his daughter’s birthday and is giving three times of their fees. Bunty asks him if he did the right thing by agreeing to the booking. Rudra says the place doesn’t matter if they are getting triple payment. He says they will leave for Rohtak tomorrow morning.

Ruhi’s friend informs her that “Rockstar Rudraksh Khurana” is coming to perform in their village. She also tells Ruhi that they need to buy the ticket as the head of their village spent a lot to bring Rudraksh Khurana to their small village. She asks Ruhi if she will come and attend. Ruhu refuses to attend the concert saying that she likes classical music not rock. Ruhi’s friend requests Ruhi to please attend the concert with her. Ruhi agrees to her friend saying she will keep her ears closed. At night, Ruhi asks Prisha to make her eat dinner. Prisha feeds Ruhi and Ruhi feeds Prisha. Ruhi informs Prisha that she will get late because her friend asked her to attend a rock concert with her that is going to be held in their village.

Prisha gets shocked when Ruhi reveals that it’s Rudra’s concert. Prisha gets flashbacks of Rudra and her moments. Sharda informs Rudra that Bunty asked her to remind him about the next day’s concert. Rudra tells Sharda his concert is in Rohtak. Sharda tells Rudra that according to his horoscope, something is going to happen tomorrow, which will change his whole life. Rudra starts laughing, ends up crying and says that nothing can change in his life without Prisha. Sharda says she always feels that something will happen that will change everything in his life. Rudra refuses to believe Sharda. On the other hand, Prisha thinks fate is bringing Rudra to her village. She gets scared thinking what will happen, if Rudra will get to know that Ruhi is his daughter.

Prisha tells Ruhi that she can’t attend the concert. Ruhi asks her why? Prisha makes an excuse to Ruhi saying that she may get cranky by sleeping late and getting up early for school the next day. Ruhi says she promised her friend. Prisha asks Ruhi to tell her friend that her mother is not giving permission to attend the concert. Ruhi asks Prisha how she can break her promise as she herself taught her to never break promises. Prisha tells Ruhi that sometimes promises need to be broken for the right thing. She reminds Ruhi that she also taught her to always respect her words. Ruhi feels a little upset. Prisha feels sorry for not allowing Ruhi to attend the concert as she can’t let Rudra know that Ruhi is his daughter. Ruhi thinks why Prisha is not allowing her as she always allowed her for everything.

In the next episode, Veena will tell Prisha that the village has made preparations for a singer’s arrival like God is arriving. She will tell Prisha that Rudraksh Khurana is arriving. Village people will welcome Rudra grandly. Prisha will see him while hiding behind a tree. Rudra will feel her presence. Prisha will decide to attend Rudra’s concert thinking that fate is giving her and Rudra another chance.

Reviewed Rating for Yeh Hai Chahatein 14th December 2021 Written Update Prisha’s decision: 3/5 This rating is solely based on the opinion of the writer. You may post your own take on the show in the comment section below.