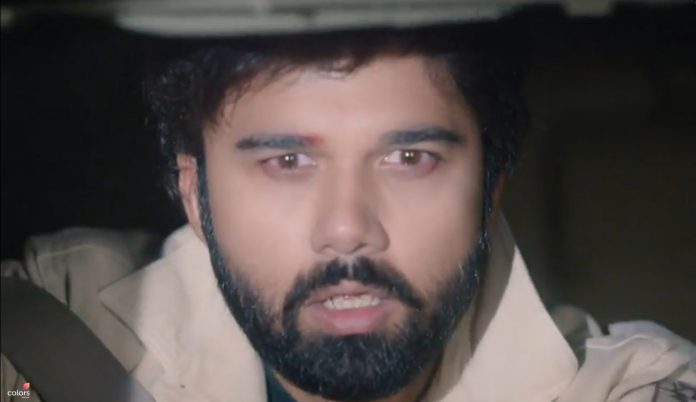 Sasural Simar Ka 16th December 2021 Written Update Aarav’s accident Aarav gets taken by someone, until Vivaan pays the bill. Vivaan looks for Aarav. He worries for Aarav. He asks the bartender to call him if Aarav comes back. He informs Reema that he found Aarav but now lost him. He asks Reema to lie to the family about Aarav. Reema tells that she will handle the family. She lies to the family that Vivaan has found Aarav, he is bringing him home. Badimaa tells Aditi that Aarav is stubborn, they can’t argue with him, they should give some time to Aarav. Sandhya wishes Aarav comes back home safely. Aarav is shocked to see some goon instead Vivaan.

The goon tells that he isn’t his brother, but he can become his friend. He feeds the alcohol to Aarav. Aarav asks him who is he. The goon tells that he is also heartbroken like him. Aarav laughs hearing him. He gets overdrunk. Devesh goes to inform someone that Aarav is overdrunk, he won’t even remember his name. Chitra tells Devesh that she doesn’t doubt his talent. She wants to ruin Aarav, because of whom she lost her place in the house. Chitra tells the next step to he taken. Aarav remembers Simar.

Simar gets restless on feeling the stormy winds. She finds herself locked in the room. She shouts to her parents for help. Mohit reaches Aarav to kill him. Chitra and Mohit join hands. She tells him that Aarav is trapped, he shall lead the plan from here. Simar wants to see Aarav. Avinash and Indu emotionally blackmail Simar. Simar tells that something wrong is going to happen. He adds how Aarav had got them disrespected in their locality. He opens the main door and asks Simar to leave if she wants. He tells that she doesn’t need her parents now.

Mohit gets a golden chance to kill Aarav. Mohit laughs on Aarav’s state, whose lover is helpless in the cage, and won’t come to save him this time. He wants to destroy everything and take his revenge on the Oswal family. Devesh asks Aarav if he can drive. Aarav tells that he can handle it, he can drive. Devesh laughs. Aarav leaves for home in the car in the overdrunk state. Mohit follows his car. He tells that very soon Oswals will be mourning for Aarav’s death. Chitra gets hopeful. Indu tells Avinash that they will leave the locality and the city if Simar steps out of the house and defames them. Vivaan continues to look for Aarav.

Jogi spots Aarav driving weirdly in the drunken state. He informs Yamini about Aarav. She asks him to follow Aarav, stop him and bring him to her house right away. Jogi follows Aarav. Simar feels tortured by her parents. She breaks down after their threatening. Samar watches Simar’s sorrowful tears. He is helpless that he can’t console her. Her sorrow brings tears in his eyes too. He wishes to take away all her sorrow. He wonders why can’t he see Simar in sorrow, why does he want to hug her and console, why does he connect to her pain. He realizes that he has fallen in love with Simar. Simar prays for Aarav’s life.

Jogi attempts to save Aarav, and throws a sharp wired pole in front of Mohit’s truck. Mohit loses control on the steering after the tyre bursts, but drives towards Aarav to hit the car. Will Aarav get saved from the deadly accident? Keep reading.

Reviewed Rating for Sasural Simar Ka 16th December 2021 Written Update Aarav’s accident: 4/5 This rating is solely based on the opinion of the writer. You may post your own take on the show in the comment section below.