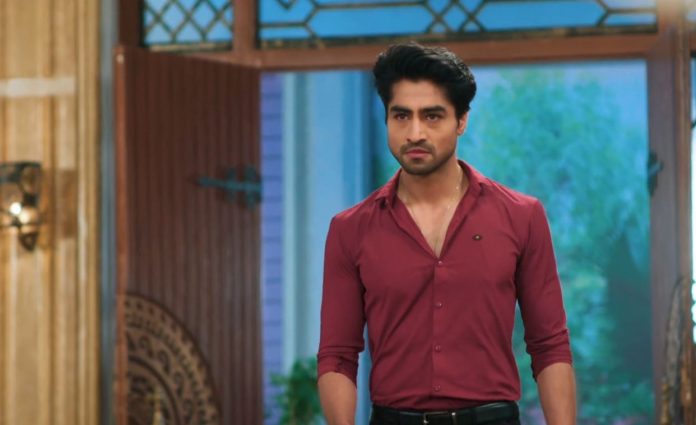 Yeh Rishta 16th December 2021 Written Update Shocking move Manjiri feels with Akshara’s treatment. In his thoughts, Abhimanyu thanks Akshara for bringing a smile on Manjiri’s face. Akshara through her thoughts replies that it felt good to see a smile back on Manjiri’s face. Harshvardhan thinks Akshara intentionally comes wherever Abhimanyu goes. Akshara picks up a donation box to collect donations from patients and their relatives for charity work. Harshvardhan throws two big bundles of money in the donation box in Akshara’s handa. He tells her to keep it as charity and for her singing.

Aarohi comes there and stops the argument. She tells Harshvardhan that his argument is ruining his and Birla hospital image. She also says that Manjiri will not be able to handle it if she gets to hear Abhimanyu and Harshvardhan’s fight. Akshara feels proud of Aarohi thinking she is worried about Manjiri. Abhimanyu apologizes to Akshara and the latter also apologizes to the former. Abhimanyu leaves and Akshara thanks Aarohi for handling everything. Aarohi tells Akshara that Kairav sent him to pick her. In her thoughts Aarohi thinks she came here just when she got to know that Akshara and Abhimanyu are at the same place.

Neil asks Abhimanyu if anything happened between him and Harshvardhan that made the latter angry. Manjiri tells Abhimanyu that she found peace with Akshara’s music therapy. Unaware Manjiri indirectly advises Abhimanyu to hear what his heart says. Abhimanyu sends Manjiri with Neil. Abhimanyu thinks Akshara is his first and last love. Kairav reaches the music therapy camp and shows Akshara and Aarohi the video of Harshvardhan and Abhimanyu’s argument. He asks Aarohi and Akshara to clearly tell him what they actually want. Aarohi tells Kairav that she doesn’t want to lose Abhimanyu. She says she will convince Goenkas to get her married to Abhimanyu as the latter’s family likes her too.

Kairav and Akshara get shocked to hear this and also that Aarohi considers Abhimanyu a thing that she wants to get anyhow. They look at each other. Akshara asks them to let’s go home. Aarohi stops Akshara to convince her that she wants her happiness by telling Kairav that she has moved on from Abhimanyu. Akshara feels bad hearing Aarohi’s wish. On the other side, Abhimanyu thinks to try proposing Akshara once again. She requests Akshara to clear in front of Kairav that she has moved on from Abhimanyu. Aarohi continues requesting Akshara to clear everything and make her think that she was wrong about her (Akshara). Abhimanyu gets interrupted by someone on his way towards Akshara twice.

Akshara tells Kairav thay Aarohi is telling the truth that she has moved on from Abhimanyu. She tells Kairav that Aarohi is the right fit for the Birla family. Akshara says she thought she was in love with Abhimanyu but she isn’t fit to become Birla family’s daughter in law. She says that marriage happens between two families, not only two people. Akshara says she is not a match for Abhimanyu, even Harshvardhan doesn’t like her but Aarohi. She continues saying that Aarohi is a perfect match for Abhimanyu and Birla family and can handle both properly. Kairav asks Akshara what she is saying. Akshara says that she is sure to say that Abhimanyu and she have no future together.

Everyone except Aarohi gets shocked. Abhimanyu feels angry being unaware of the truth. Abhimanyu tries to calm himself by performing “Shiv Tandav” in his imagination. He recalls his moments with Akshara and leaves. Kairav is seen asking Akshara why she is sacrificing her love for Aarohi? Akshara says her family is more important for her than her love. At Birla house, Shefali asks Harshvardhan how he could disrespectfully give money to any woman/girl. She says it looks so bad. Anand asks Shefali to calm down. Parth taunts Shefali for getting Birla related news for her work. Shefali asks Parth to keep quiet.

Harshvardhan blames Akshara for everything. He says Akshara reaches wherever Abhimanyu goes. Harshvardhan insults Akshara for dreaming to marry Abhimanyu even after not being a perfect match for him. He says they need to stop Abhimanyu from going behind or thinking about Akshara. Abhimanyu hears it and sees Harshvardhan with anger. Akshara tells Kairav that her life has become very difficult. On the other hand, Abhimanyu shocks everyone by saying he is ready to marry anyone Harshvardhan asks him to and at any time.

In the next episode, Abhimanyu will shock Akshara by asking her to prepare a dance performance on the song “Jiske Aage Ji” He will shock her more by indirectly revealing that he is soon going to marry Aarohi.

Reviewed Rating for Yeh Rishta 16th December 2021 Written Update Shocking move: 3/5 This rating is solely based on the opinion of the writer. You may post your own take on the show in the comment section below.