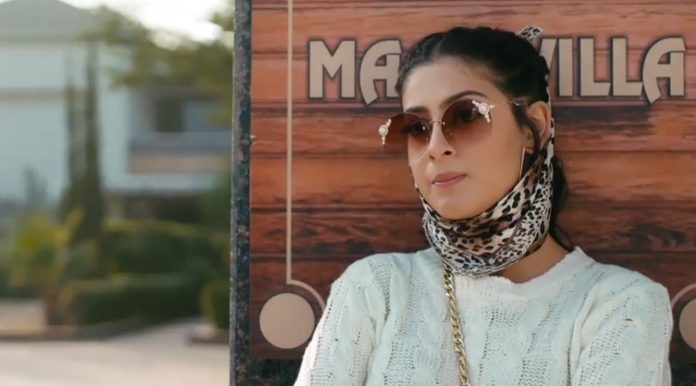 Udaariyaan 21st December 2021 Written Update New ploy Tejo learns about the disguised girl who had come home to fool the servant and get inside Riya’s room. She gets the girl’s description, but doesn’t think of Jasmin. She decides to find out the culprit. Jasmin is sure that Tejo can never think of her as the culprit, because Tejo thinks that she is in Canada with Fateh. Later, Jasmin makes sure that Angad loses Riya. She meets Riya’s Nani. She tells that she is her well-wisher. She adds that she/Nani will be pleased to meet her someone. Nani asks her who is she and how does she know her. Jasmin tells about Riya, and the kidnapping incident. She tells Nani that Riya isn’t safe with Angad.

She wants Nani to snatch Riya from Angad. On the other side, Angad meets Sharma uncle, who praises his driver Jaideep a lot. Angad tells that he also wants to meet Jaideep and thank him, after all the latter has taken much care of Sharma. Fateh sees Angad and hides from him. Sharma sees Fateh near the car and calls him out, asking him to meet Angad. Fateh doesn’t know how to hide his face from Angad now. Will Fateh’s truth come out? Will Tejo get smart like before and catch Jasmin red-handed by laying a trap? Keep reading.

Earlier in the show, Tejo understands his pain and asks him not to blame himself for the accident. She promises to support him in Riya’s legal matter. She tells him that he isn’t alone from now. Angad leaves in anger, while Tejo is disturbed thinking about the girl who kidnapped Riya and then dropped her home. She wonders what’s the girl’s intentions behind such a move. Jasmin sees Angad leaving in anger, and thinks her plan has got into action. She plans to take the next step now and snatch Riya from Angad, so that Tejo gets blamed. Tejo enquires from Babli about Jasmin. She learns that Jasmin had come home and fooled Babli. She fails to realize that it was Jasmin who plotted this to ruin her peace. Tejo decides to dig into the matter.

Tejo tries to hunt down Jasmin by finding about every clue possible. She wants to know who is the girl trying to snatch Riya from Angad. She finds the broken pearl necklace and learns that the girl who came home had broken it. She realizes that the girl has done this out of some evil motives. She goes to find about Jasmin. She is unaware that Jasmin is doing such disgusting things against Angad and her. Jasmin’s motive is to snatch Riya, then separate Angad and Tejo.

Tejo reaches the hotel by following the clues found against Jasmin. Riya calls Tejo at the time when the latter is trying to find Jasmin. Jasmin leaves from the hotel and doesn’t get seen by Tejo. Tejo returns home on Riya’s call. Jasmin meets the lawyer’s aide, who gets Angad’s legal case file copy for her. Jasmin learns about Riya’s custody battle with Nirmal Bawa, Riya’s Nani. She gets Nirmal’s address and goes to meet her. She is sure that this twist will make Tejo cry.

Tejo returns home and worries that Angad has locked himself in the room. She unlocks his room and reaches him to pacify him. She feels his pain and consoles him. They get into a moment. Angad really needs her at this time. She becomes his partner to share his sorrow. She cheers up Angad. She asks him to be strong. He tells that his entire family left him. She realizes that he is drunk. He tells that she will also leave him like others. She promises him that she will never leave him, she will always live with him and Riya. He asks her if she will stay forever.

She assures him that she will never go away. He reminds her of Fateh. She shares his pain and makes him sleep. He is happy that Tejo is with him now and Riya’s Nani can’t snatch Riya now. Jasmin meets Riya’s Nani to help her against Angad. She tells her that Angad is already engaged, and will be married to his fiancee Tejo soon, Angad will then get Riya’s custody. She provokes Riya’s Nani against Angad further and asks her to take some step quickly before she loses Riya to Angad and Tejo forever. She then introduces herself as Tejo’s sister Jasmin.

Angad goes to meet Sharma, while Tejo goes to the hotel to find Jasmin. Fateh hides from Angad, and acts ill to stay away. Tejo informs Angad that she is going to the market for shopping, she will handle it alone. She doesn’t want to tell him anything until he finds the girl. Tejo reaches the hotel area and looks for Jasmin, while Sharma sends Fateh to the same place to buy some stuff for Angad. Fateh learns that the riots picked up in the market area where Tejo has gone. He worries for Tejo and reaches there. Will Fateh and Tejo meet this time? Keep reading.

Reviewed Rating for Udaariyaan 21st December 2021 Written Update New ploy: 3/5 This rating is solely based on the opinion of the writer. You may post your own take on the show in the comment section below.